Mobile users turn to yoga, cooking and paint-by-numbers apps as stress and anxiety increased during lockdown 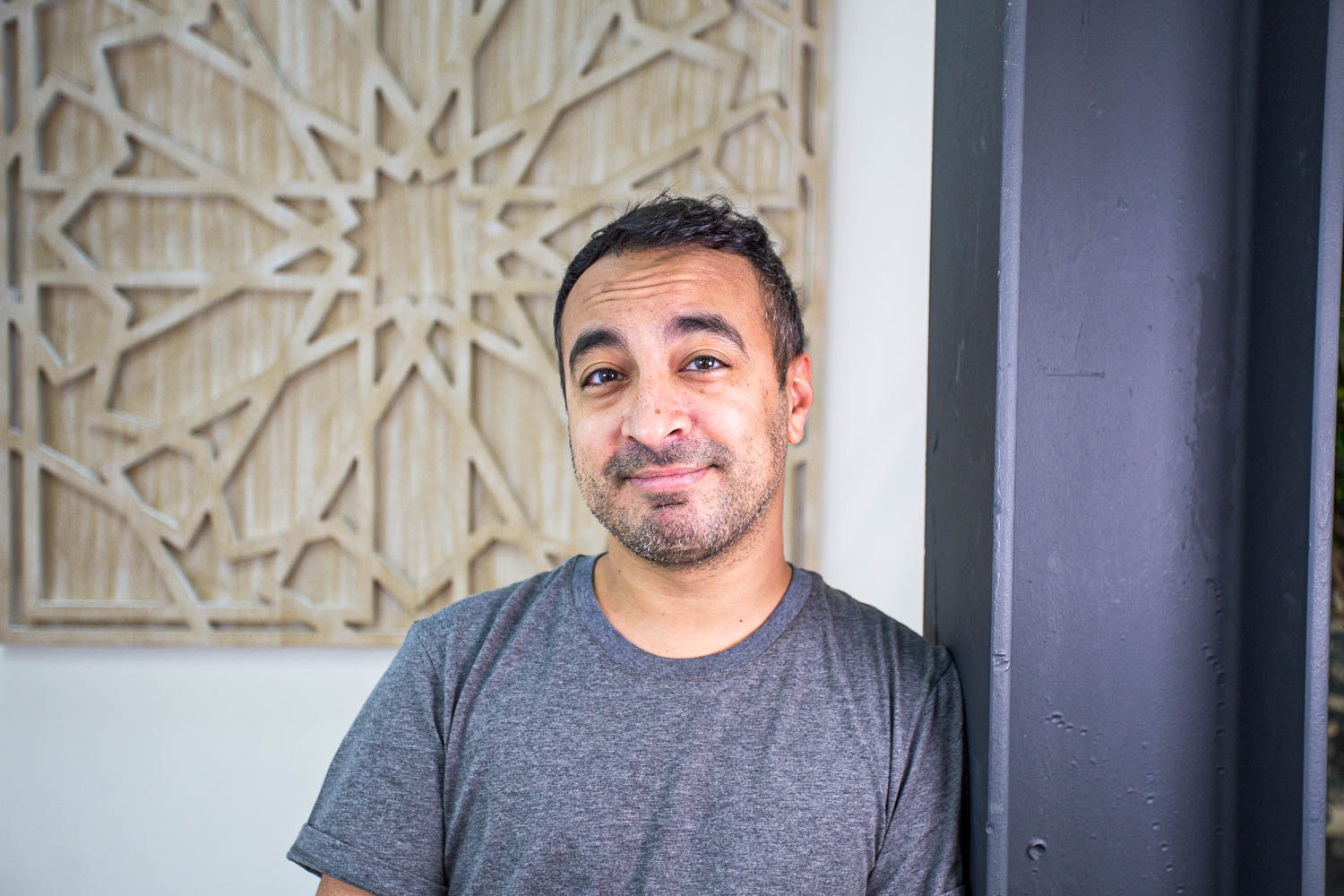 Mobile users turned to calming yoga, recipe and painting-by-numbers apps as stress and anxiety levels rose during the lockdown period, with use soaring by almost half (45%, 45% and 44% respectively), according to new research from Uswitch.com, the comparison and switching service.

Reading and audiobook apps such as Kindle and Audible saw their use rise among four in ten consumers (41%), while usage of language-learning apps like Duolingo increased by over a quarter (29%), and meditation apps (Headspace, Calm) grew by a third (34%).

Almost four in five (80%) adults working from home say their mental health has suffered during lockdown, a study by Nuffield Health found last week, while the Office for National Statistics revealed that two in five (39%) couples have reported higher levels of anxiety since measures to slow the spread of COVID-19 were introduced.

With gyms being closed across the UK, a third (35%) of mobile users used fitness apps, such as Strava, more frequently for exercise motivation.

Consumers also turned to food delivery apps after restaurants shut their doors because of the pandemic, with searches for Deliveroo increasing 113% since the lockdown began. Closed high street shops resulted in a 270% surge in people searching for the online greeting card service Moonpig and a 257% increase in interest in FreePrints, the photo printing app.

Meanwhile, mobile users turned their backs on many of the apps they used regularly before lockdown. Travel, hotel booking, mobile parking, airline and restaurant apps saw the biggest drop in usage. Interest in accommodation booking app Airbnb fell 72% since before lockdown, and airline apps became the most frequently deleted apps from people’s phones as consumers stay home.

Table 1 – Most and least popular apps during lockdown 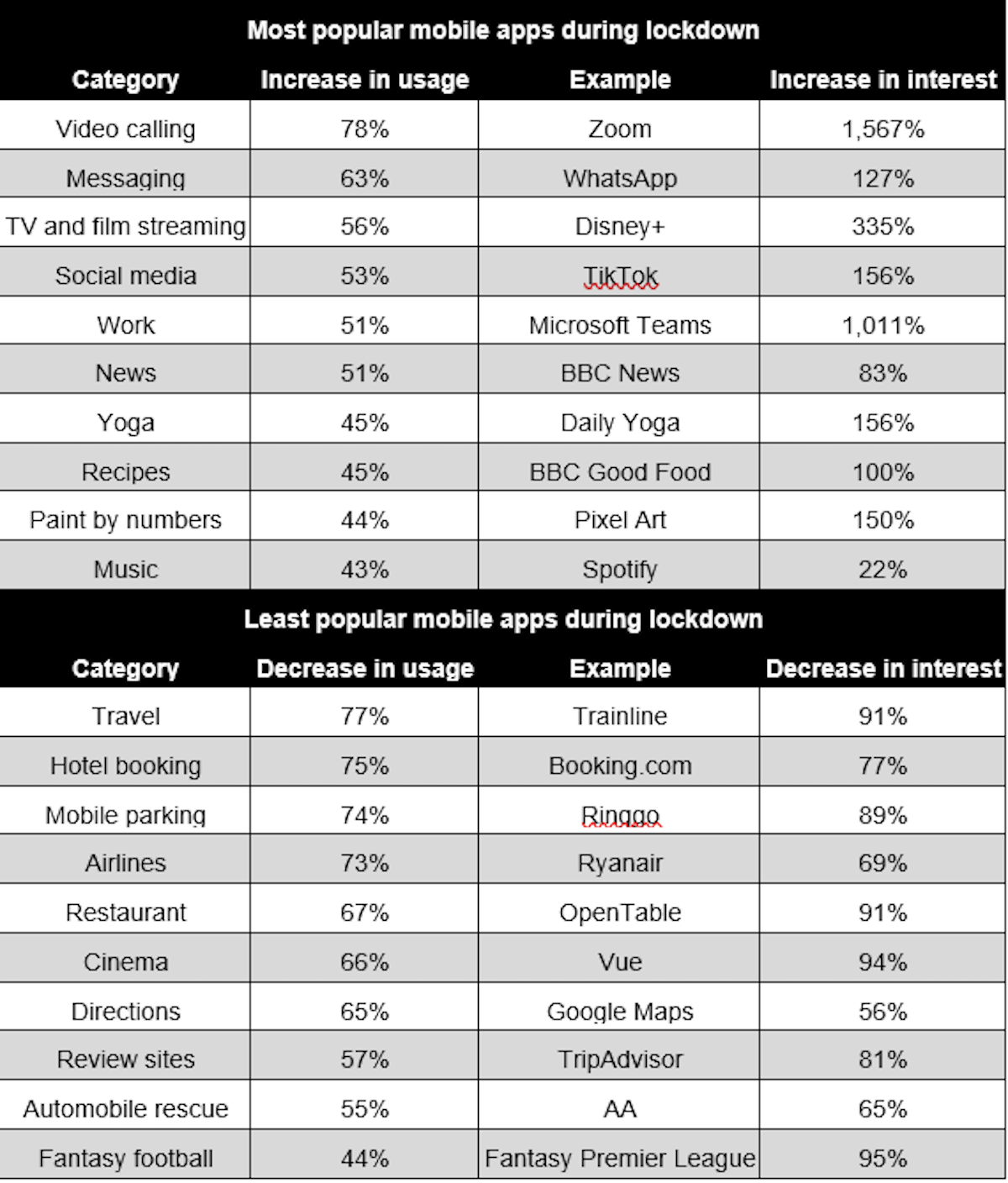 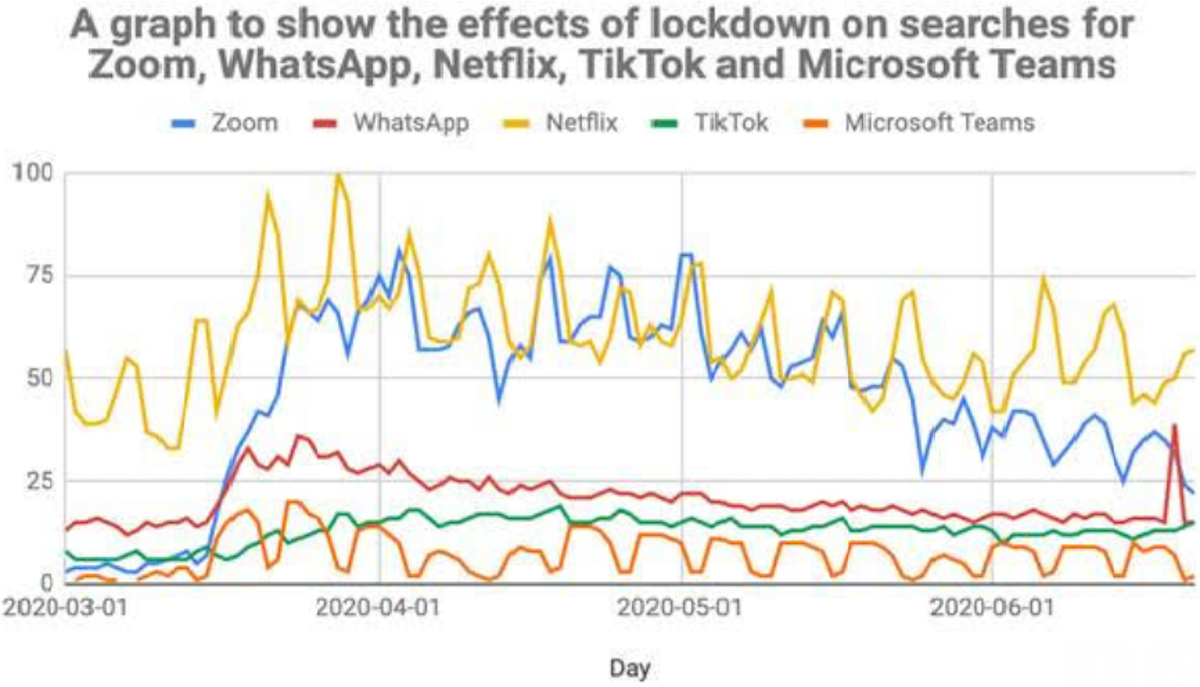 Rehan Ali, mobiles expert at Uswitch.com, comments: “Lockdown turned our routine on its head, affecting the way we work, socialise and the apps we use every day.

“For the millions of people who had more free time, many turned to cooking, yoga or stimulating our creativity with paint-by-numbers apps to tackle the stress and anxiety that some people are feeling while being confined to our homes.

“A lot of people used the lockdown to learn new skills, with more mobile users on language-learning apps. Others spent their time listening to audiobooks and relaxing with meditation apps.

“Regardless of what your interests are, there is almost certainly an app for that, but choosing the right one can sometimes seem overwhelming. Browse the relevant app stores, compare what’s available, decide how much you’re willing to pay, and take the time to read up on reviews before taking the plunge.”

Opinium surveyed a sample of 2,004 UK adults from the 19th to 21st May 2020. Results were weighted to reflect a nationally representative criteria.