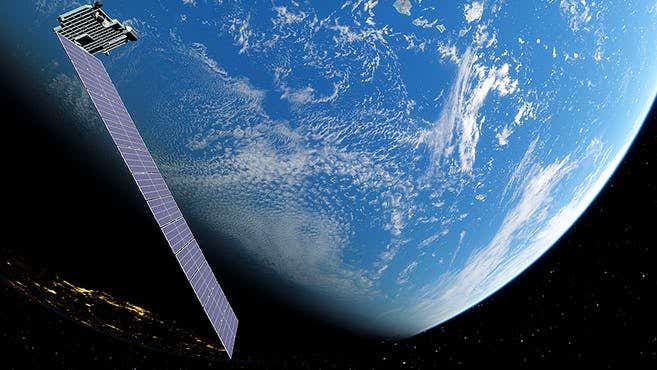 Lighting up our skies for the first time back in April 2020, and now fully operational in a number if British homes, the revolutionary US-based satellite broadband service Starlink will be widely available in the UK.

Owned by billionaire entrepreneur Elon Musk and run through his commercial aerospace company SpaceX, the project aims to beam strong broadband connections across the globe using a network of thousands of satellites.

And back down on Earth, the Starlink broadband router (technically a satellite dish) has now been approved by UK regulators for consumer use, marking a significant step forward in connecting our homes to the upper atmosphere.

As a result, it’s safe to say Starlink broadband will be a very real option for us quite soon. But how exactly does it work? How fast will it be? And how expensive is it? Read on to find out more…

How does Starlink work?

Satellite broadband as we know it today uses a lot of the same technology you already benefit from on a day-to-day basis, like satellite TV and GPS. However, that technology can't be relied on to fit the modern-day demand for broadband, due to the limited amount of data it can transmit at any given time.

To ensure much faster satellite broadband speeds, Starlink instead transmits data through lasers, which like fibre-optic broadband means it travels at lightspeed, the fastest possible pace anything can physically move. While fibre-optic cables rely on pulses of light rather than lasers to work, both methods allow for roughly similar broadband speeds. 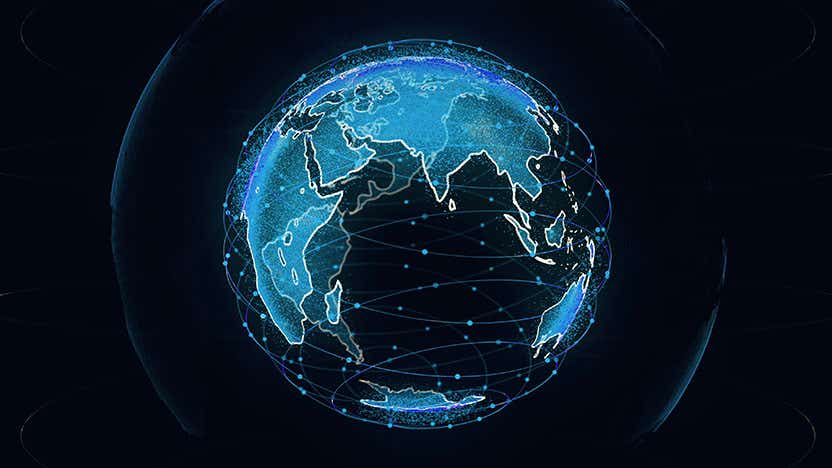 In order to ensure the laser signal is both robust and broad, an individual Starlink satellite will work with four others in its nearby network to provide a reliable connection. This means there needs to be an extensive network of them orbiting the globe in order for the coverage to be truly widespread.

For the first part of the project, this means as many as 12,000 satellites will be launching into Low Earth Orbit over the coming years, but if it sees continued success, this could expand to a total of 42,000.

Numbers like this can appear quite intimidating, especially given that we’re already facing a problem with the amount of space debris currently circling our planet — an issue that could impact future launches and damage working satellites if uncontrolled.

However, SpaceX has remained mindful of this risk (called the ‘Kessler syndrome’), and therefore will launch the majority of its fleet into such a low orbit that by the time they fall out of use, they'll simply be pulled into the atmosphere and completely burned-up, instead of being left to circle the earth as dead equipment for centuries.

How fast is Starlink internet?

The satellite broadband you can currently get is typically a lot slower than any existing form of traditional broadband, due to the high latency of the type of signal it uses and the distance from the satellite to the user’s dish. However, with Starlink, the use of lasers to transmit data allows it to provide a significantly faster satellite internet connection than ever before seen.

Starlink once said that in perfect conditions — which would be periods of low consumer demand while there are lots of nearby orbiting satellites — it could reach consistent speeds up to 150Mbps download and 40Mbps upload. A recent test with the US Air Force even saw it hit ultrafast speeds of 600Mbps, though it’s currently unclear if consumers will have the infrastructure available to achieve the same level. SpaceX itself tells users to expect between 50-150Mbps.

Regardless, these are game-changing speeds for areas that currently have little-to-no connection at all, and are even genuinely competitive with some of the fastest existing broadband connections in areas where good infrastructure is already in place. 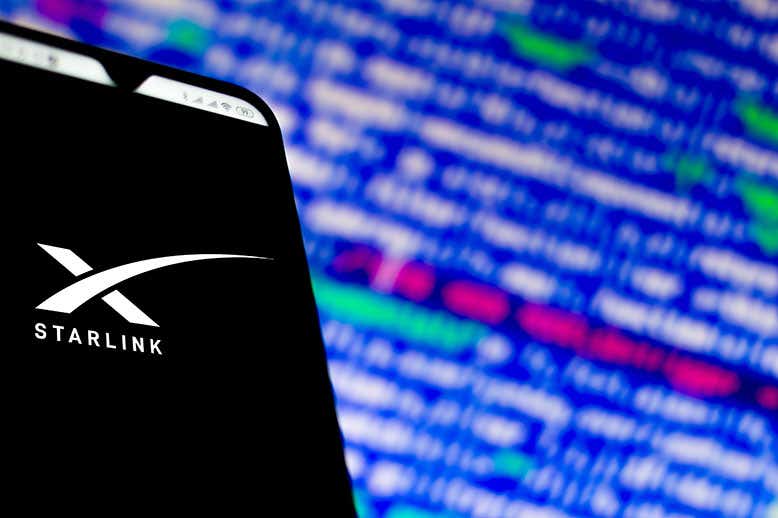 When does Starlink go live?

It has! In places. The first fully operational rollout of Starlink was a private beta test in areas of high latitude across the northern United States and Canada, and it has rapidly grown since.

So far in 2021, we've seen a widespread expansion of Starlink, as more satellites are launched and more countries approve its commercial operations.

When will Starlink be available in the UK?

Starlink is now available in a number of areas around the UK, and the first UK customers have their connections set up already. Many have already seen their household's broadband speeds jump from 0.5Mbps to 85Mbps.

Recently, Starlink secured a license for its third UK-based satellite hub on the Isle of Man. Once operational, this will be enough to cover the entirety of the UK with its internet. So Starlink availability is a lot closer than you think!

Additionally, the UK government is pursuing its own satellite broadband venture in the form of OneWeb — a formerly-bankrupt competitor to Starlink that it acquired in an attempt to create an orbiting broadband network on this side of the Atlantic.

The purchase was a lifeline for OneWeb, who will now be headquartered in London as it looks to increase its own fleet of 48,000 orbiting satellites.

OneWeb does already have several dozen satellites in orbit, but it’s far behind Starlink in terms of rollout, so it’s also unclear when it’ll go live in the UK.

How much will SpaceX Starlink cost?

Starlink's beta project is said to have an upfront cost of £439 (or $600) for equipment and setup, and a subscription cost of £84 ($120) per month thereafter — much more expensive than any other currently-accessible form of broadband.

It’s worth noting that these are prices for areas that already have ample broadband infrastructure in place — it’s likely that the service will be a lot more affordable for developing areas that have little access to broadband right now.

The cost would also be a little more reasonable for the inevitable group of early tech adopters and followers of Elon Musk himself, many of whom desire Starlink simply because of the revolutionary technology and the popular character that’s backing it. 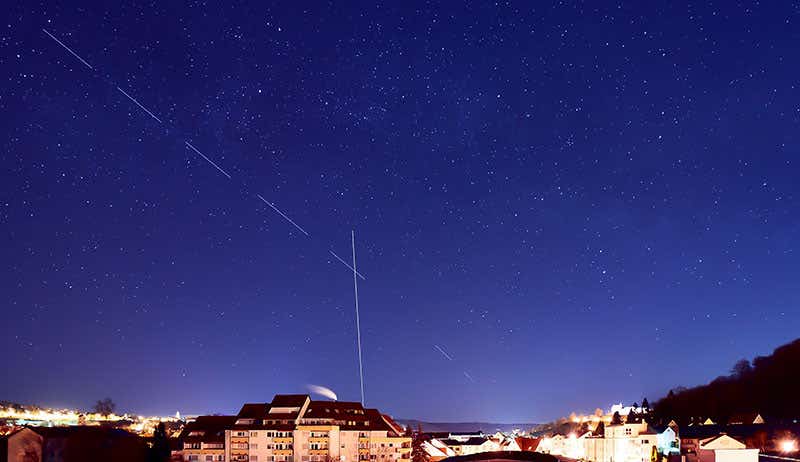 As with any radical project led by Musk, Starlink has two main causes for concern.

While Starlink does plan on limiting its contribution to space junk, the very act of launching tens of thousands of satellites into orbit in the short space of a few years is very concerning for many — especially given that we’re still in the early stages of developing technology to remove all the existing debris of dead satellites still orbiting the planet, which is already proving a problem.

It’s easy to see on the surface how this could be counter-productive towards those efforts.

Also, the sheer number of satellites in the network is likely to disrupt avid stargazers and even potentially affect light pollution once it’s fully rolled out. Yes, launching into low-earth orbit helps to reduce the amount of space debris, but in turn it makes the equipment a lot more visible to the naked eye at night.

So while the Starlink chains in the sky were a spectacle at first, they could end up momentarily disturbing our view of interstellar space.

While Starlink might seem an attractive option for your next broadband package, it’s still some distance away from being a reliable alternative. So compare broadband deals with Uswitch to find the right package for you.