What is an overdraft? 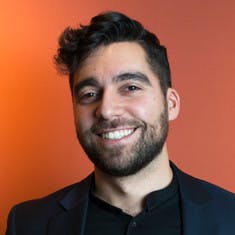 In simple terms, an overdraft is when your bank allows you to borrow money through your current account, which is more than you have in your actual bank account. This is called being overdrawn. Think of it like a loan from the bank.

To arrange an overdraft the bank usually charges a fee. From 9 July 2020, most banks will start charging an interest rate of up to 40%.

To learn more about how to arrange an overdraft, and what you should consider if you have one, read our guide.

Compare current accounts from different providers and find a bank that offers an overdraft.

What is an overdraft?

If you have an overdraft, this means that your bank is allowing you to borrow extra money through your current account.

So let's say you have no money in your current account, and you spend £50, this would make your current balance minus £50, and you have used your overdraft to make this payment.

Using your overdraft is like using money that the bank is loaning you, as it will be repayable. The type of current account you have with your bank, will determine how much interest you will be charged over a period of time. Such as 7 days, 30 days or 60 days, each bank will have their own charges, which they will make you aware of.

There are two kinds of overdraft, and the difference between them is key:

Authorised overdraft With an authorised overdraft, you have a set overdraft limit, which you pre-arrange with your bank. You are likely to have to pay interest, or a fee in return for making use of the overdraft facility. The amount you will be offered as an overdraft will vary from person to person, and is usually determined by your personal finances.

Unauthorised overdrafts are to be avoided, because they are often subject to charges and fees, which can be very expensive.

When to use an overdraft

Overdrafts can be a good way to borrow small amounts of money, for a short period of time. But most overdrafts are not a very effective way of borrowing in the long-term, because they may come with a higher rate of interest than some loans and even some credit cards.

Even if your current account is always in credit, it can be a good idea to have an overdraft facility arranged with your bank.

Having an overdraft can act as a useful buffer to protect you from fees, and charges for unauthorised borrowing if you ever accidentally overspend, or find yourself needing a little extra money.

Accounts with 0% interest fee are ideal for this kind of situation. These are also a good idea if you're trying to pay off your current overdraft. This will give you time to clear your current debt. However, it's important to remember they only last for a period of time, such as one year, after this time the interest rate can be quite high.

What to do if you rely on your overdraft

If you're frequently overdrawn, or often go overdrawn without authorisation then you should really check to see if you're getting the best deal on your current account, as you could be paying far more than you need to in interest or charges.

If you have a big overdraft and you can't or don't want to switch to a 0% overdraft account, you could look at switching your overdraft to a cheaper type of borrowing.

You could look at getting a personal loan at a lower rate of interest than you are paying on your overdraft.

Tips for controlling your overdraft

There are a few things you can introduce to your daily routines, which can help you keep control of your spending, and ultimately manage your overdraft.

Compare current accounts from different providers and find a bank that offers an overdraft.