Many people use them to raise money instead of remortgaging, The borrower needs to also understand that they're still paid off alongside your first mortgage.

What does a second deal mortgage involve?

A remortgage deal allows you to pay off your existing mortgage and switch to a new mortgage provider, so you still have one mortgage to pay. However, you might consider remortgaging or getting a second charge mortgage for the same reason: to raise extra cash.

This means if you took out a second charge mortgage you would have two loans, or two mortgages secured against the same property.

How equity in the property affects a second deal mortgage

Essentially, you can calculate this by seeing what the mortgage owed on your property is against the value of the home. For example, if your home is worth £350,000 and you have a remaining mortgage of £300,000, then your equity/money you have paid off already on the property is £50,000.

You will still need to prove your income and ability to repay the second mortgage monthly repayments, but the amount a lender will give you will be based on and secured against the equity in your home. In the example above, this would be £50,000.

Your equity can also increase with the property's value.

A second charge mortgage allows you to get a loan secured against the equity in your property. So in the above example, you could get a loan of up to £50,000, depending on your credit rating and ability to repay both mortgages at the same time.

Second charge mortgages usually let you borrow money starting at £1,000. The higher the equity in your property, the more money you will be likely to be able to borrow. 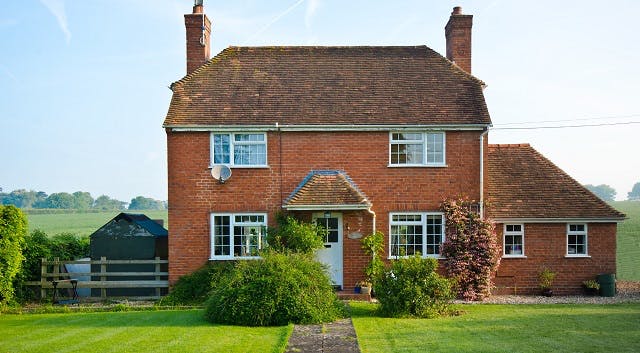 Can I get a second charge mortgage?

To apply for a second charge mortgage you don't necessarily need a very good credit score. In fact, in some cases, you may still be able to get a second mortgage with a bad credit score.

There are a few reasons why you might want to take out a second charge mortgage. However, before you determine whether you can get one, weigh up your options, a second mortgage can be a risky financial decision.

If you have been considering a second charge mortgage, the first thing to do is to decide how much money you need, and what you will be spending it on. You may be able to look at other ways of borrowing money with less risk attached.

For example, if you're looking at borrowing from a few hundred up to a couple of thousand pounds, then you may want to get a credit card. Some 0% purchases credit cards will allow you to avoid paying any interest for up to 18 months, and sometimes longer.

Similarly, personal loans could work out cheaper than a second charge mortgage, although you would need a very good credit rating for many of these options.

The benefits of a second charge mortgage

The main attraction for a second charge mortgage is that people who have a less than perfect, or bad credit score can still be in with a chance of being approved.

Also, it might be easier to get a second charge mortgage, even if you have a fluctuating income, or are classed as self-employed.

But before you apply for a second mortgage, get in touch with your existing mortgage provider. Ask them if they're able to give you any preferential or loyalty bonus rate if you were to take out an extra loan through them. If not, make a note of their rates anyway, as it could work out cheaper than getting a second charge mortgage.

Equally important is to shop around with other lenders. See what their loan rates are like so you get a good feel of how much APR you could be paying. Even if you decide to scrap the idea of getting a second mortgage, you might find a personal loan deal that works for you.

Get all the facts, such as the early repayment fees, if any, how much the APR is, and what you would be expected to pay back each month and for how long.

Another reason why people consider taking out a second charge mortgage is that it could work out cheaper than remortgaging when you want to raise extra money. In the below example we look at if it’s cheaper to remortgage or get a second mortgage.

Say, for example, you're paying for a £250,000 mortgage on a five-year fixed rate deal. You have one year left on that five-year deal, and you're looking to switch to a new deal and raise an extra £10,000 before your mortgage possibly moves to a more expensive interest rate. However, the remortgage deal has an early repayment penalty of £5,000.

If you were looking at gaining that extra £10,000 from the equity in your home, then remortgaging would cost you at a minimum £5,000 for repaying the mortgage early. On top of this, you would have to pay the interest on your new mortgage deal. You might have moved over to a better deal, but once that ends, you have no guarantees that the rest of the mortgage will work out cheaper.

With a second mortgage, you continue paying your first mortgage, so you avoid paying the early repayment penalty. However, your loan of £10,000 will most likely have a higher interest rate than on your remortgage deal.

Calculate the interest you will owe for a second charge mortgage

Calculate how much interest you're likely to pay on your first mortgage on a 'worst case' basis. Budget for your repayments if the interest rates were to dramatically increase on your first mortgage. If it still works out cheaper than the rate you will get on your second mortgage, then you know to avoid taking out another secured loan.

Similarly, if you don't have an expensive early repayment penalty on your mortgage, then remortgaging is almost always going to be cheaper in the long run.

Remember, a second mortgage is secured against your home, so if you fail to keep up with repayments your property could be repossessed. You will have two mortgages that leave your home open to this risk, so it's best to avoid it if you are only just about managing to repay your existing mortgage.

Even if you decide to sell your home while having both mortgages, the money will go towards paying off your first mortgage before any of it is used on your second mortgage debt. This means that if there is still money outstanding on your second mortgage after the sale of your house, the lender will continue to chase you for the remaining debt.