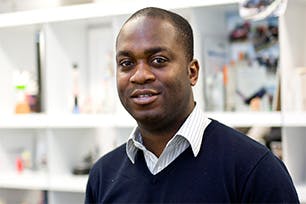 In response to today’s announcement by the National Union of Students (NUS) that it has launched a nationwide campaign to encourage universities and colleges to ban payday lenders to advertise their services on campus, Michael Ossei, personal finance expert at Uswitch.com**,** says: “Students may not be the obvious targets for a short term loan, but that doesn’t stop payday lenders trying to lure them with the promise of a quick and easy cash fix. It’s great to see the NUS stand up to these companies and protect vulnerable students from being bombarded with advertising tempting them to take out loans that could potentially land them in long term financial hardship.

“With the cost of living rising and tuition fees and books not getting any cheaper, it’s easy to see how so many students could fall back and rely on pay day loans to get them through university or college. However, as the name suggests, these types of loans should only be taken as a short term bridging loan. It’s vital that anybody considering taking one out has a concrete and guaranteed means of paying it back within the specified timeframe. This should be an absolute last resort and used with utmost caution.

“While the FCA has promised tougher regulation on the marketing practices of payday lenders from 2014, more needs to be done in the meantime by the OFT. We’d like to see more pressure put on companies to change their practices and abide by a code of conduct, without being forced to by the regulator further down the line. It’s our hope that the OFT continues to monitor this escalating practice that has the potential to drive many young people into financial ruin – and take necessary action to bring it firmly back in line with other lending practices.”