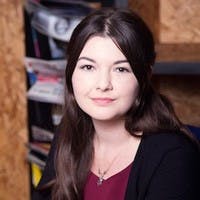 With the weather finally hotting up, an alarming number of British drivers are choosing fashion over function behind the wheel. New research by price comparison and switching service, Uswitch.com, reveals that eight in ten drivers (82%) believe that their choice of footwear might be affecting their safety behind the wheel.

Driving in inappropriate shoes, or none at all, could not only invalidate people’s car insurance in the case of an accident, it could put themselves and other road users at risk. In fact, a third of Brits (33%) would refuse to get in the car if the driver insisted on going barefoot. Not surprising, given that a fifth (21%) of people who have driven barefoot admit to stalling the car and 15% found that they were stopping too suddenly. Worryingly, 3% of people think that barefoot is the safest way to drive.

However, slipping on just any pair of shoes may not solve the problem – over one in ten (12%) people admit to stalling a car in the past year because their choice of footwear made controlling the pedals difficult.

But, despite these clear risks, only 16% keep a spare pair of driving shoes in their car. Pumps are the top pick for a driving shoe, with 36% favouring the comfy flat behind the wheel. These are closely followed by trainers, with 35% of Brits opting for the sporty staple. However, these may not always be the safest option as their thick soles can cause drivers to misjudge pressure on the pedals.

However to compensate for this, one in five women (22%) keep a spare pair of driving shoes in their car, compared to less than one in ten men (8%). Interestingly, the research challenges the old driving stereotypes – 13% of men in the past year blamed their footwear for stalling the car compared to 11% of women.

While driving barefoot or in inappropriate footwear isn’t illegal, a particularly pernickety insurer could perceive it as dangerous driving and, in extreme cases, it could invalidate your insurance in the event of an accident. The guidelines for the best shoes to drive in, according to the RAC, are:

Kasey Cassells, insurance expert at Uswitch.com, says: “It may seem a bit old fashioned, but driving shoes are the must have accessory for any weekend away in the car. A spare pair of well-fitting flats or pumps can make a difference to your driving style and help you get more out of your motor by preventing stalling, swerving and stopping too quickly.

“It is incredibly worrying that some people are putting themselves and other road users at risk by attempting to drive in shoes they struggle to walk in – whether they are heels, Uggs, spikes or even slippers. You wouldn’t drive without glasses if you need them or wear a hat that covers your eyes, so you shouldn’t wear shoes that impair your driving.

“However, the good news is that some people, especially women, are taking steps to address this by keeping a spare pair of driving shoes in the car.”

Have you done any of the following in the past year?

When your shoes caused a driving mishap which of the following happened?

All research was carried out online with the Uswitch.com Consumer Opinion Panel in March 2015 amongst a sample of 1,849 GB adults.