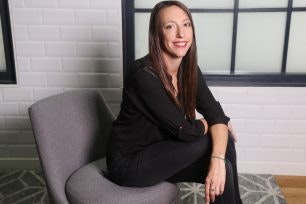 British Gas has announced an increase to the price of its standard dual fuel tariff for both British Gas and Sainsbury’s Energy customers. The increase of 5.5% will add £60 a year to bills. Today’s news will affect over 4.1 million customers, adding a total of almost £246 million per year to household bills.

Commenting on the news, Claire Osborne, Uswitch.com energy expert, says: “This rise is a bolt from the blue for the four million customers on British Gas’ Standard Variable Tariff. While many are still counting the cost after a long and cold winter, they will be wondering whether British Gas have taken the opportunity to use the prepayment price rise as an excuse to increase rates ahead of a potential wider price cap.

“Likewise, British Gas is also raising prices on its new default ‘Temporary Tariff’ by the same amount. With the difference between the two deals a mere £25, it’s important that customers are aware that neither the SVT nor the Temporary Tariff offer anything close to a good deal.

“The danger now is that the rest of the big six may be tempted to follow suit. Customers can send the clearest message that they won’t tolerate being taken for a ride by switching supplier to a cheaper tariff, with savings of up to £491 on offer.”