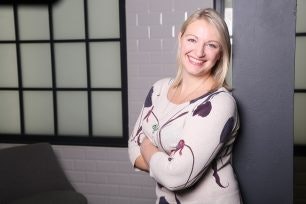 Millions of drivers face hikes to their car insurance premiums after making a claim due to an accident that wasn’t their fault, according to new research from Uswitch.com, the price comparison and switching service.

Victims of non-fault accidents see an average 26% hike in premiums on renewal, or a £102 price increase, leaving millions of drivers facing a collective £180 million price rise.

On the other hand, drivers making at fault claims have seen their premiums increase by an average of £136 – just £34 more than non-fault drivers.

Worryingly, almost a quarter (24%) of drivers are unaware that these accidents (such as a being driven into by another vehicle) need to be declared to their insurance provider – failure to do so could leave millions of drivers at risk of invalidating their policy.

More than one in ten drivers (13%) say they haven’t declared to their insurer that they’d been in an accident which wasn’t their fault. Reasons for not doing so include wanting to preserve their no claims discount and being worried about a claim being added to their policy.

Hoever, not disclosing a non-fault accident to your insurer could lead to future claims being rejected and your insurance policy being invalidated. In extreme cases, insurers may refuse to offer cover or charge a higher than normal premium.

As non-fault drivers continue to face increased premiums for accidents that weren’t their fault, Uswitch.com calls for the insurance industry to provide fairer pricing for drivers who are having to make claims following an accident which they were not responsible for.

Sabrina Webb, insurance expert at Uswitch.com, says: “Our research shows that non-fault claimants are being forced to pay a premium for someone else’s careless driving when they renew their insurance policy. The fact that you pay only marginally less than someone who has caused an accident if you are the innocent party is just plain wrong.

“What’s worse is that many drivers feel forced to not tell the truth when they come to renew their insurance policy, and are likely storing up problems and expense further down the line.

“The fact that drivers feel like they have to hide potential claims from their insurer in order to keep down spiralling insurance costs highlights the flaws with the current pricing model.

“The insurance industry needs to stop this unfair practice that does little more than penalise innocent motorists. Meanwhile, drivers can put themselves back in the front seat by shopping around for the right policy for their circumstances when their renewal letter arrives.”