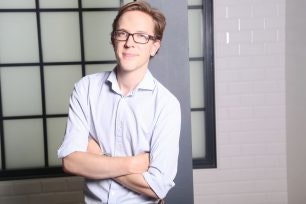 Commenting on the news that Npower is set to cut 4,500 jobs in the UK as it merges with E.On, Rik Smith, energy expert at Uswitch.com said:

“This is the second blow for Npower workers this year, following the announcement in January that they would be cutting 900 jobs in an attempt to save costs. But with their new owners having described Npower’s supply business as ‘an open wound’ it was inevitable that some major surgery was going to be performed.

“While some smaller suppliers are looking to grow – meaning those at risk of losing their jobs have transferable skills that will be in demand in some areas – this is a very difficult time for the 4,500 workers affected by today’s announcement.

“Npower has struggled with a number of issues in recent years, including its reputation for poor customer service, although the most recent Uswitch energy awards in March this year showed that this was one area of the business that was beginning to improve.

“This challenge will now belong to E.On once the takeover is complete and they begin to migrate their new customers onto one computer system.

“But they also have to contend with cut-throat competition in the retail energy market, where smaller suppliers have forced the Big Six to go head to head with them on price, while being nimbler about customer service and doing a better job of convincing consumers of their green credentials.

“We are seeing customer loyalty waning, as UK households aren’t content to sit on poor value standard deals and pay over the odds for their energy. Instead they’re taking action and moving to cheaper tariffs and better service, meaning that energy companies can no longer take their customers for granted.”