Now TV and Now Broadband challenged the industry’s old guard to be named Provider of the Year in their respective categories at the 2019 Uswitch Awards, which recognises excellence in the broadband, mobile and TV sector. The awards were voted for by over 10,000 consumers as well as an expert judging panel.

In the mobile categories, Sky Mobile scooped three awards including Network of the Year and Best Pay Monthly Network.

Vodafone led the way in the competitive SIM only space with a win as Best Network in this coveted category.

O2 was named Best Network Coverage of the Year, while Plusnet Mobile triumphed in the Best Value Pay Monthly category and repeated its broadband feat by also winning the Best Network for Customer Service in the mobile section.

The Huawei P30 Pro pipped the iPhone 11 Pro to be named mobile Handset of the Year, with judges praising its ‘unbeatable’ quad-lens camera, super long-life battery, and ability to share power with other P30 users, while Samsung won Manufacturer of the Year, knocking Apple into the runners-up place.

Away from the big providers, Audacious clever technology also earned them a  Best Newcomer of the Year plaudit, and VOXI took home Best PAYG Network, while SMARTY was awarded Best Value SIM Only. 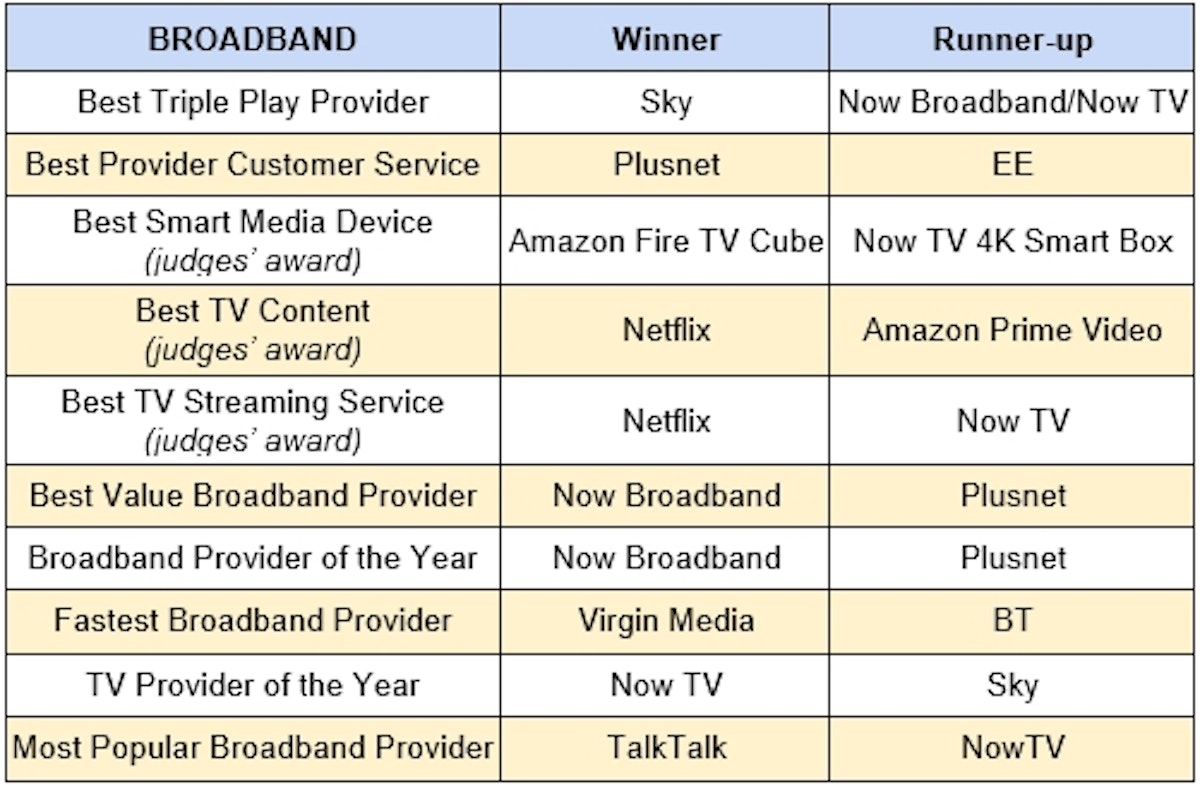 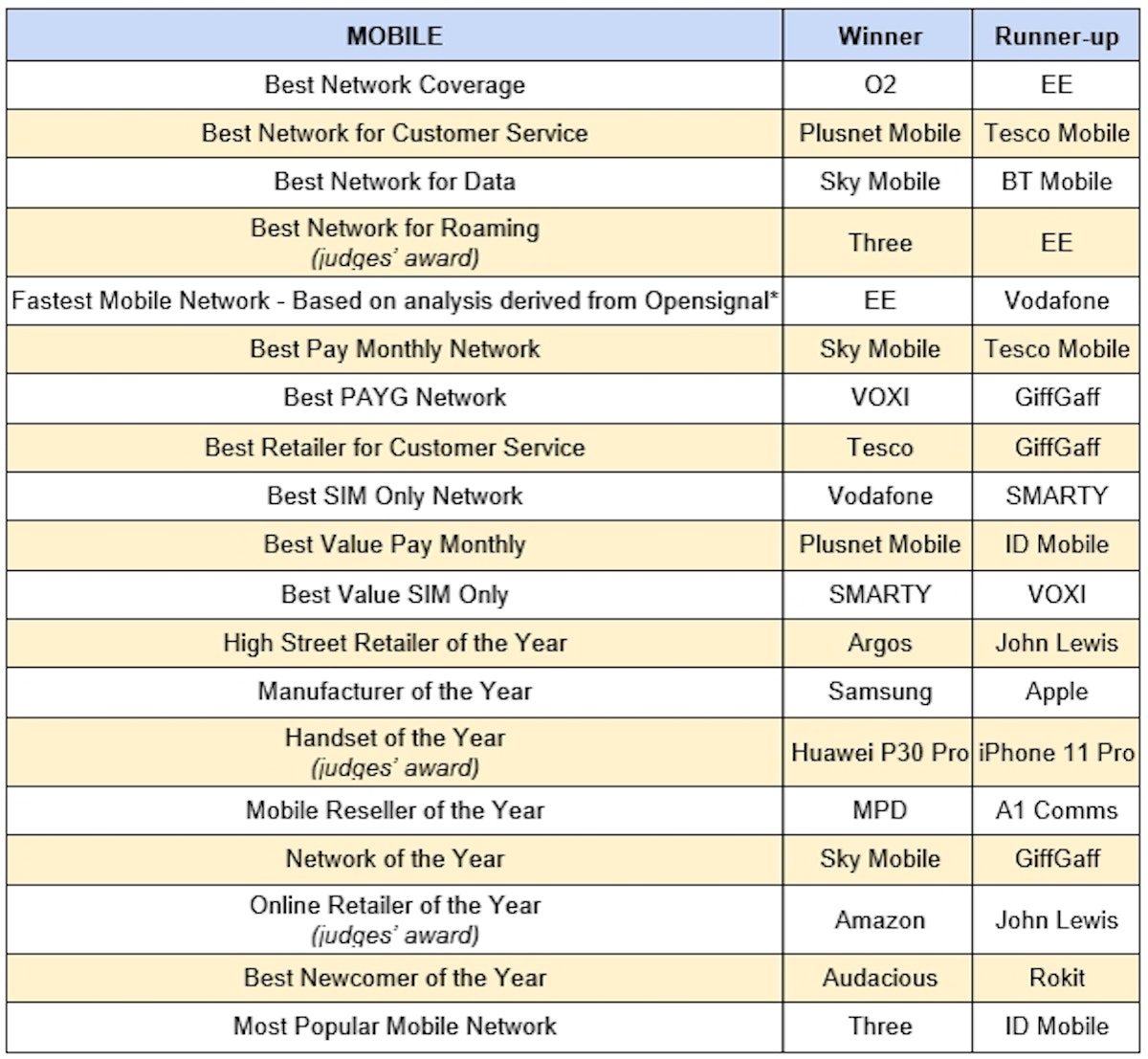 Ernest Doku, telecoms expert at Uswitch.com, comments: “No single provider swept the board at our awards, showing how competitive the UK’s broadband and mobile markets are.

“While established names like Sky and O2 scooped wins in key broadband and mobile categories, smaller brands like VOXI, SMARTY and Audacious are also carving out their own niches in the market, pushing the bigger companies all the way.

“Audacious also deserves praise for its innovative technology which is helping people with hearing difficulties to enjoy clearer mobile calls.

“The two awards scooped by Netflix are a mark of its continued dominance in the growing streaming market, although it faces an increasing battle for viewers as Disney+ launches next month.

“Huawei deserves plaudits for winning Handset of the Year with the incredible P30 Pro, a top tier handset with cutting edge photography credentials.

“It has been another exciting year across the broadband, mobile and TV space, which leaves us eager to see what comes in the next 12 months with the launch of end of contract notifications and explosive growth in 5G services.”

Find out how you could save over £1,000 a year with Uswitch.com here.

Unless specified below, the Uswitch Awards were decided by a UK consumer panel of 12,007 broadband and/or mobile consumers, aged 18+. Responses were collected between 4 November 2019 to 11 November 2019. Categories not decided by the consumer panel were decided by a panel of expert judges (Full list of Uswitch judging panel: https://www.uswitch.com/telecoms-awards) Awards decided by judges are highlighted in the table above. The Most Popular Broadband Provider award and Most popular Mobile Network award were calculated using the consumer panel and Uswitch sales. *Analysis derived from Opensignal Awards - UK Mobile Network Experience reports April and October 2019, based on independent analysis of  mobile measurements recorded during the period Dec 1, 2018 - Feb 28, 2019 and Jun 1 - Aug 29, 2019. ©2019 OpenSignal Inc.