Find out about boiler cover and why you should be investing in it in our guide.
Share this guide 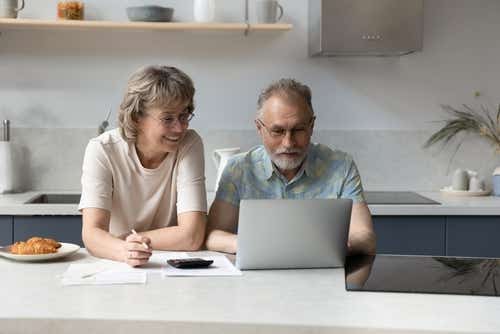 What is boiler cover?

Boiler cover will, for a monthly or annual premium, cover the cost of servicing and repairing your boiler and heating system.

A qualified engineer will fix the problem quickly with the call-out, parts and labour costs are already covered.

What different types of boiler cover are there?

There are two basic types of boiler breakdown cover to choose from:

Some boiler cover plans will allow you, at an additional cost, to add on extra cover for plumbing, electrics and drains.

What does boiler-only heating cover provide?

Boiler-only cover plans will include repairing your boiler if it breaks down, and the controls. The plan may include an annual oil-fired or gas boiler maintenance check and service: if not, then you can add this on as an extra. The plan should cover call-out, parts and labour.

Full central boiler breakdown cover includes repairing your boiler and its controls plus other parts of the system including the radiators, pump and flue. The plan should cover call-out, parts and labour.

An annual safety check and service may be included: if not, you can add this on as an extra. You can compare boiler cover from a range of suppliers online with Uswitch.

What are the advantages of having boiler cover?

Boiler breakdown cover cuts down the hassle and stress of having to find a repairer in an emergency and can help cut down on the time you are without heat or water.

Central-heating faults can be hard to find and expensive to repair, so heating cover can offer peace of mind and the assurance that a problem can be fixed quickly. You can also avoid an unexpected and potentially expensive repair bill.

What might not be included in my boiler cover?

Boiler cover plans vary widely as to what is covered and what isn't.

Some boiler breakdown cover plans offer unlimited cover and claims each year. Others have an upper financial limit and set a maximum number of call-outs each year.

How do I choose the right level of boiler cover for me?

Picking the right level of boiler cover will depend on how you see your level of risk. If, for example, you are in a newly built home with a new system, then basic, cheaper cover might be enough. On the other hand, if your boiler is older you might consider the fuller the cover the better.

Boiler plans differ in cost and cover. You can compare boiler cover online with Uswitch.

What types of boiler are there?

There are three main types of gas and oil-fired boilers: conventional, condensing and combination. Electric boilers can also be used in conventional heating systems, and are compact and light.

What is a conventional boiler?

A conventional boiler burns fuel in a combustion chamber surrounded by a water jacket. This heats the water, which is then circulated around the heating system.

With a conventional boiler not all the heat produced by the burning fuel is used to heat the water; some of it is lost to the surrounding air, and some disappears up the flue.

What is a condensing boiler?

Condensing boilers burn fuel to heat the water in a similar way to a conventional boiler, but are more efficient as they convert as much as possible of the heat normally wasted from the flue of a conventional (non-condensing) boiler.

What is a combination boiler?

Combination or combi boilers are a type of condensing boiler that provides instant hot water and central heating. They are energy efficient, cheap to run and compact, and as you don't need to store hot water in a tank they save valuable space.

How is pricing calculated for boiler cover plans?

Prices vary widely and depend on a variety of factors including:

The premium will also depend on the extent of the cover you choose.

The cheapest option is boiler-only cover - you'll pay more to cover your whole central heating system and for an annual service and oil-fired or gas boiler maintenance check. Use Uswitch to compare boiler cover plans online.

What should you check when choosing a boiler cover plan?

What is the difference between companies/policies covered by the FCA and contracts that aren't?

Heating cover plans can be service contracts, which include an annual inspection or service, or heating breakdown cover products, to which you can add an annual inspection and service. The latter are regulated by the Financial Conduct Authority (FCA), the independent watchdog which oversees financial products.

The difference between the two types of products is largely in the way the product is described, in the complaints procedure and in tax - service contracts are subject to VAT, whereas FCA-regulated plans are subject to insurance premium tax (IPT) at a standard rate of 10 percent.

All heating plans shown on the Uswitch comparison tables include VAT and IPT where applicable.

If a boiler is deemed to be beyond economical repair, then it is not economically viable to repair the boiler. A boiler cover company may offer a one-off contribution towards the cost of a new boiler.

A plan to cover the cost of repairing and maintaining your boiler and/or central heating system.

A boiler cover plan that only covers your boiler and its controls.

A pipe that gets rid of poisonous gases that the boiler produces.

A visit to a home by an engineer.

Gas Safe Register is the national watchdog for gas safety in the UK. Only Gas Safe registered engineers are legally allowed to repair or service boilers.

An independent non-governmental body given statutory powers by the Financial Services and Markets Act 2000 to oversee the regulation of financial products.

A payment plan lays out when and how much you must pay for your boiler cover.

The notice sent by the insurer to you as the policyholder inviting you to renew your policy.

A boiler cover plan that covers your boiler and its controls and your central heating system.