Which year has been crowned the best for Mario fans?

It’s safe to say that Mario is not just for gamers. Over the decades, he’s become a firm fixture of popular culture, resonating with people of all ages.
Share this guide 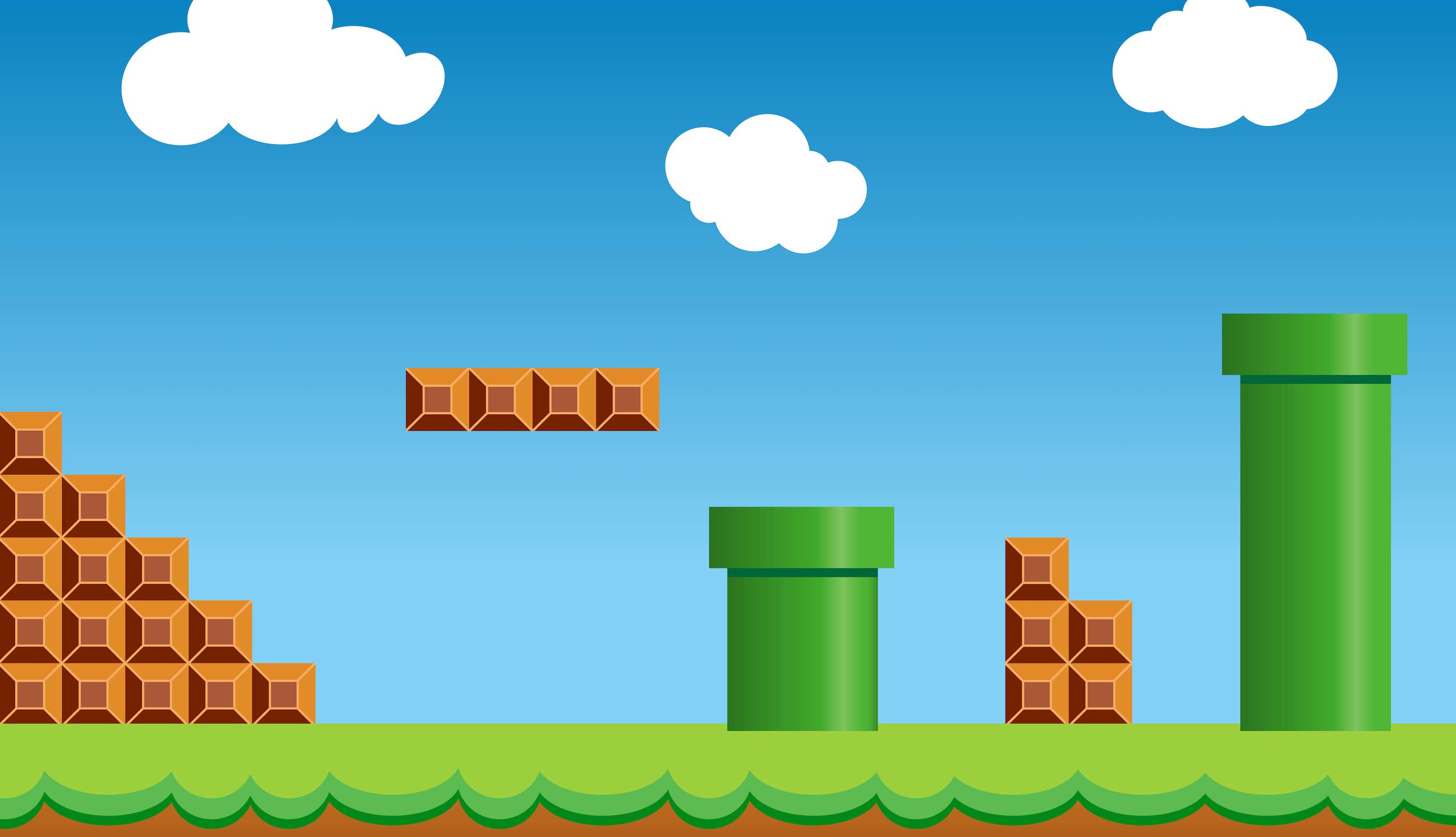 First appearing in the 1981 arcade game, Donkey Kong, Mario has stood the test of time, becoming one of the most recognisable video game characters ever created, as well as Nintendo’s leading man.

The worldwide popularity of the Nintendo Wii, which launched in 2006, introduced Mario to a new, younger audience. And with that came a whole host of iconic games, including 2008’s Mario Kart, which became the console’s bestselling standalone game. More than 70 games have been released since Mario Kart across both handheld and video game consoles. And as such, there’s now a day to celebrate our favourite Italian plumber.

To mark Mario Day, and to commemorate 40 years since Mario’s first foray into the video game world, we’ve looked into each Mario game ever made to take you on a trip down memory lane and bring you right up to modern day. 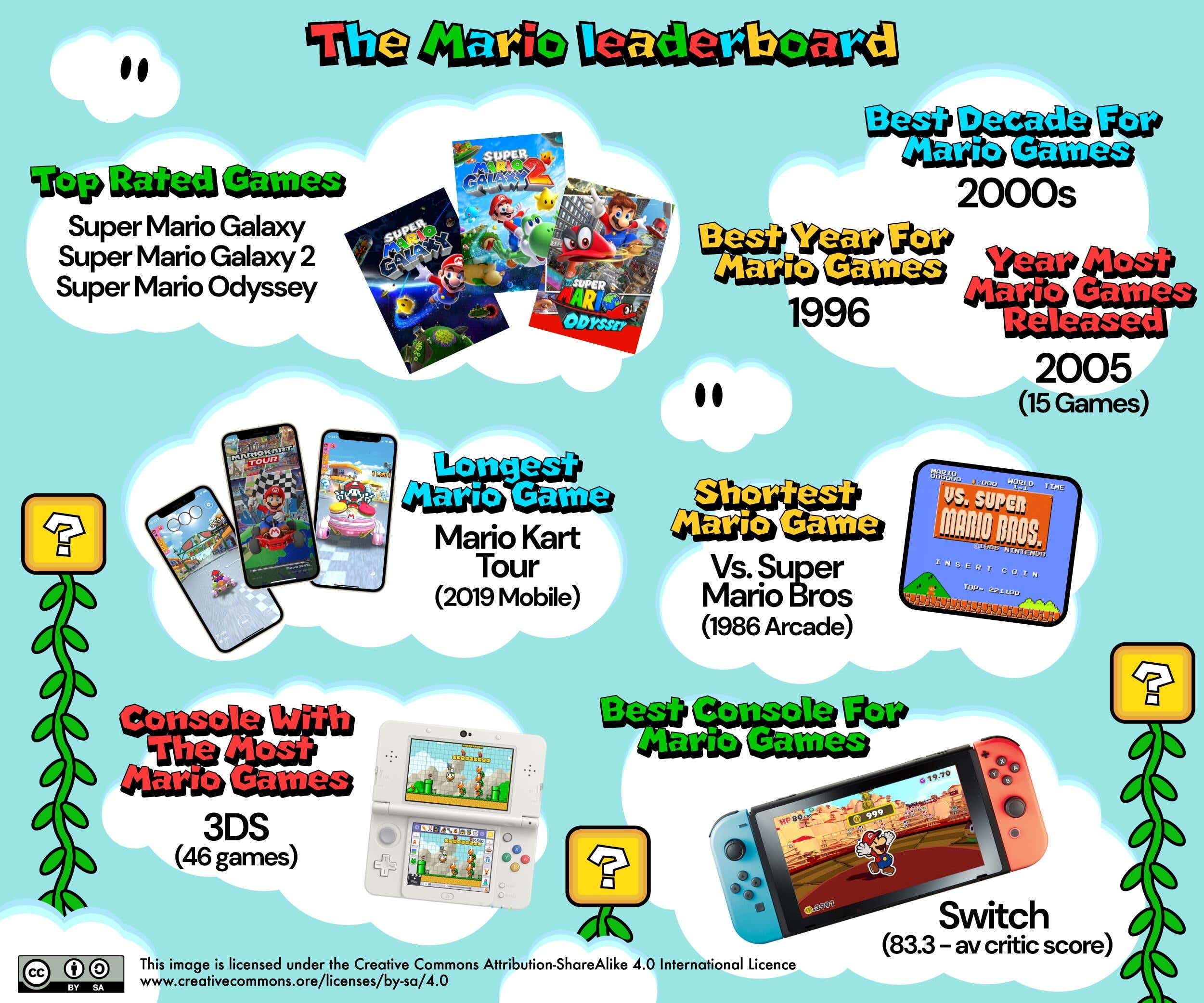 Did you know that 2005 was by far the most popular year for new Mario releases? 12 Mario games were released across the Game Boy Advance, Gamecube, DS, and even one on an arcade. And if you were to play each of the 230+ Mario games, you’d be playing for over 2,700 hours – and that’s just the ones that have completion times listed.

The 3DS is home to the longest Mario games. The average game length is over 30 hours, which is far beyond the second placed Wii, where games are less than 20 hours in length, on average.

When it comes to ratings, in general, old school Mario games are considered the best. The 1990s have the highest average Metacritic scores, with 1996 taking pole position. However, it’s worth noting that not many of the games have a critic score recorded.

The best video game of the decade, according to the critics, was Super Mario 64, released for the Nintendo 64 in 1996. With a rating of 94, the 17.5-hour game is as iconic as the console itself.

The 2000s were when critic scores really came into their own. And for Mario, it was a golden age. The average rating was 79.26 across the 67 games released between 2000 and 2009. The games released in those nine years span sports, platformer, puzzle and driving, expanding Nintendo’s reach and capturing new gamers. The top-rated game, according to the experts, was 2007’s Super Mario Galaxy, released for the Wii, which is one of only three Mario games to boast this rating.

The 2010s weren’t far behind, with 66 games released throughout the decade. Although overall not as critically acclaimed as the previous three, it did produce two of the best-rated Mario games ever released; 2010’s Super Mario Galaxy and Super Mario Odyssey, which was made for the company’s newest console, the Nintendo Switch. Both score an impressive 97/100.

We're only a year into the roaring 20s, but already Nintendo's leading figure has put his name to four games, with more promised later this year and next.

Check out our comprehensive table below, which details everything you could ever need to know about Mario games, such as when each one was released, what platform they’re playable on, whether Mario is a main or playable character, what the critics had to say, whether they’re single player or multiplayer, and how long they’ll take you to complete it. 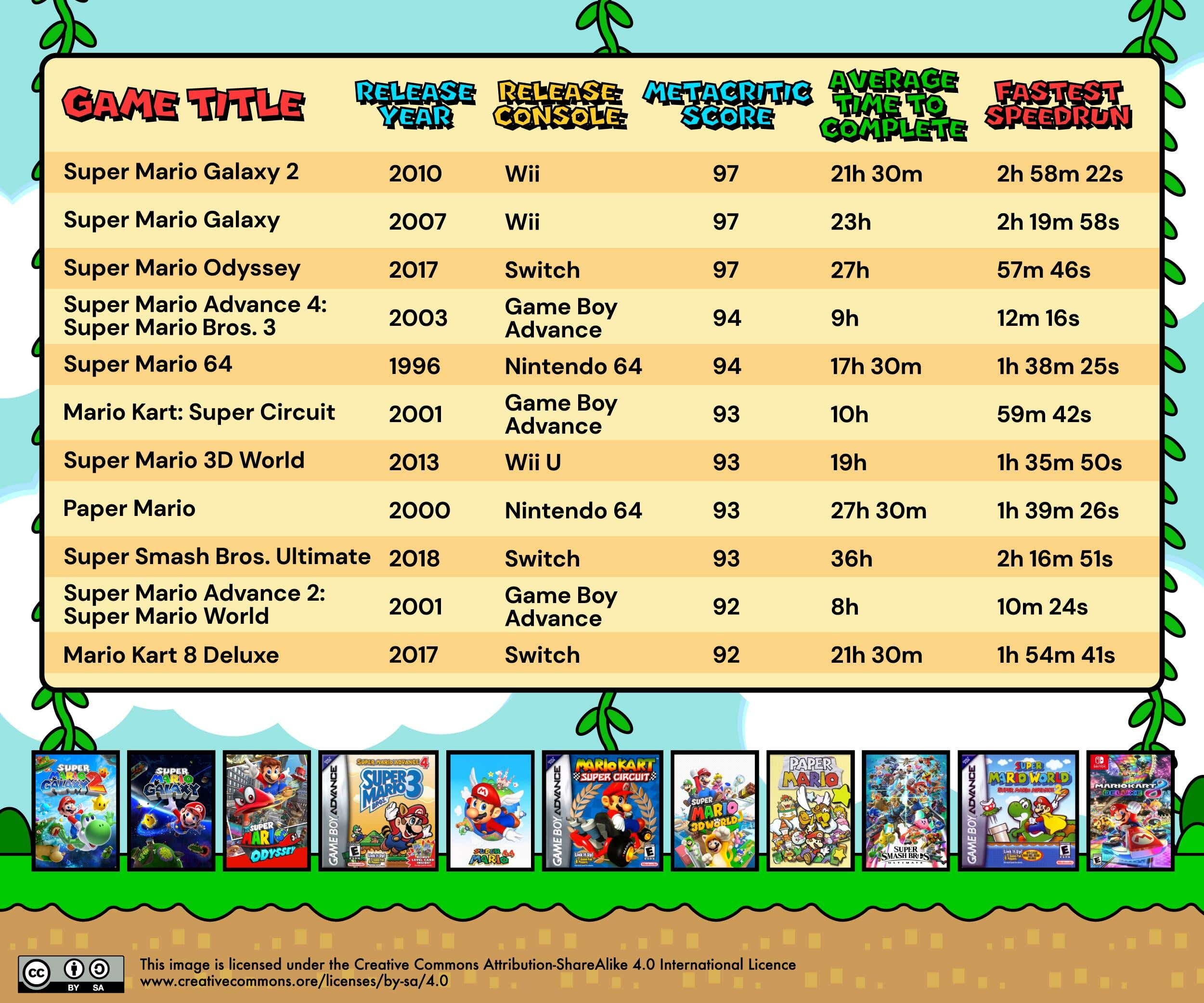 The game lengths were collated from: https://howlongtobeat.com/

Metacritic scores were collated from: https://metacritic.com