How to find good Wi-Fi on the tube

The London Underground has a surprisingly good network of Wi-Fi hubs at stations throughout the city. We created a new tube map with the average Wi-Fi speeds available.
Share this guide 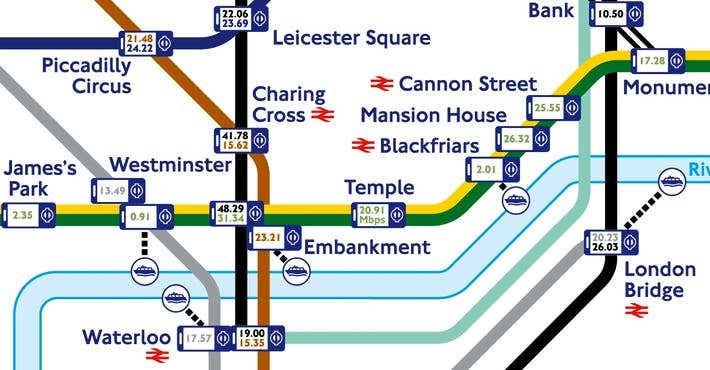 The London Underground services up to five million passenger journeys a day, with those working in London spending over 100 hours a year on the tube.

Ask any Londoner about their commute, and they will happily talk for hours about crowded trains, increasing prices and the inevitable signal failure delays.

But one of the biggest frustrations is that the London Underground is notoriously bad for phone signal, meaning that those hours spent underground are often spent without access to social media, messaging apps or any other form of online entertainment.

There is, however, the option to connect to Virgin Media’s free Tube Wi-Fi service if you’re a customer of Virgin Media Broadband, Virgin Mobile, Vodafone, EE, Three or O2.

If you’re not a customer of those networks you can sign up for daily, weekly and monthly passes to access the Tube Wi-Fi network. Once connected you will be able to access the internet at every London Underground station in Zone 1 and many other stations across the city.

Wi-Fi speeds vary greatly across different stations, and even on different platforms, with some newer stations coming out significantly slower than others. 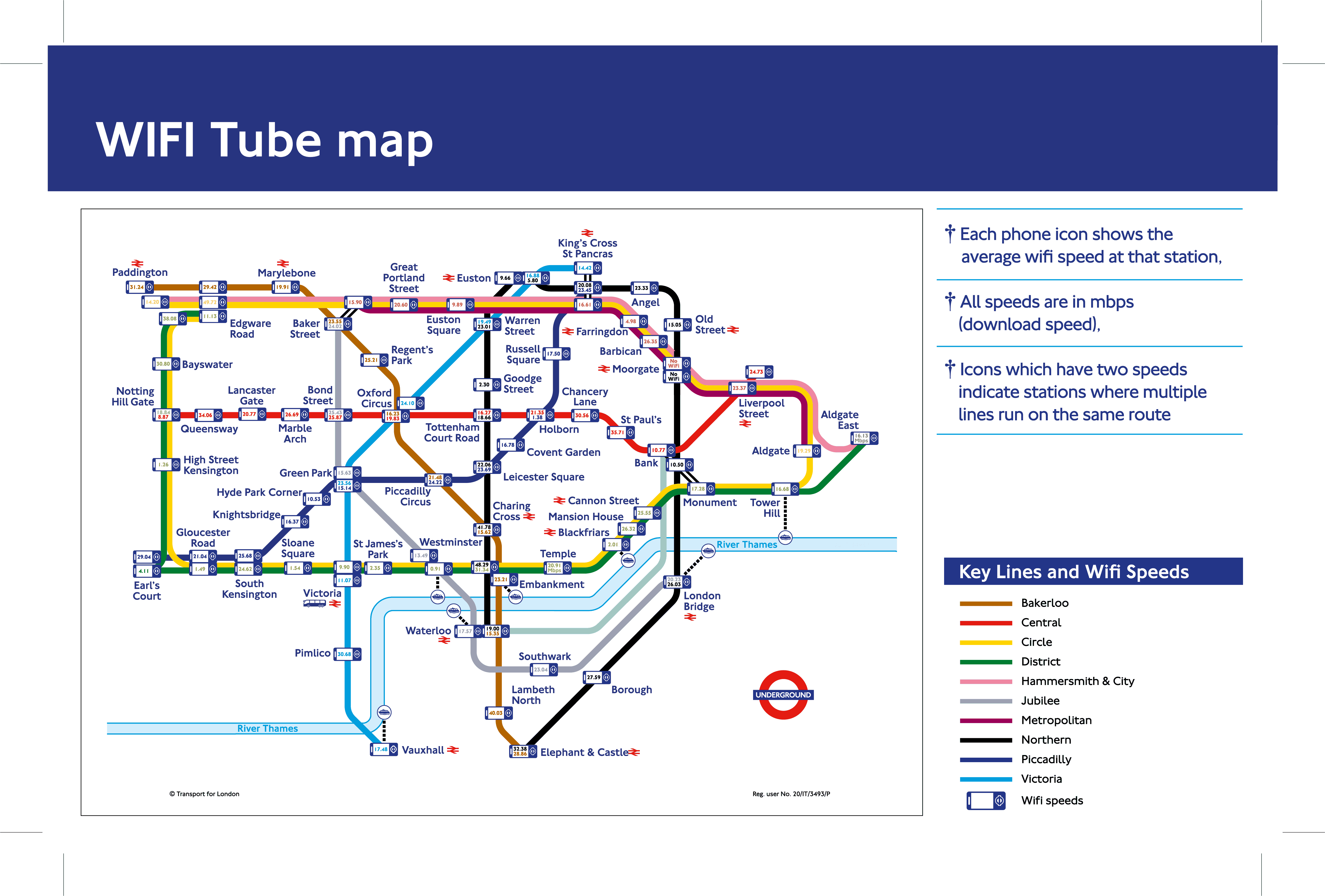 In collaboration with TfL, we created a new Tube map to show Wi-Fi speeds at all the London Underground Zone 1 stations. All 99 underground platforms were checked using our broadband speed checker, with Moorgate highlighted as the only station with no Wi-Fi beyond the ticket hall due to Crossrail works.

However, the fastest stations weren’t always the ones you would expect — Edgware Road recorded the fastest download speeds of 49.7Mbps, whereas Westminster station, the heart of our Parliament, recorded speeds 50 times slower with an average of 0.9Mbps.

Note: Mbps (megabits per second) is the industry standard measurement of broadband speed. It refers to the amount of data your connection can process in a specific time — the higher the Mbps, the faster you can download files from the internet.

Putting this in practical terms, you could download a one-hour episode on Netflix in 48 seconds at Edgware Road, while it would take 40 minutes to do so at Westminster.

Despite having some of the oldest stations in London, the Bakerloo Line was found to have the fastest Wi-Fi speeds across Zone 1. With average download speeds over 24Mbps, the Bakerloo Line actually qualified as having ‘superfast fibre broadband’ in its Zone 1 stations.

In comparison, the District Line has the slowest broadband with an average download speed of 5.6Mbps.

Millions of UK homes have slower broadband than the London Underground

You wouldn’t expect the Underground to be better connected than your home, however this is the case for millions of UK consumers.

Average internet speeds across the London Underground’s free Wi-Fi service is 19.8Mbps. In comparison, 4.4 million UK homes are still running on ADSL (standard broadband) connections which top out at around 8.8Mbps.

If you think your broadband is slower than a District Line train on a Sunday, take a look at our latest broadband deals to find out if there are faster services available in your area.