With car insurance prices on the rise, it’s no surprise that drivers are looking for discounts anywhere they can get them. Unfortunately, some offers really are too good to be true.

While most people think of insurance fraud as unscrupulous drivers making false claims, there’s a different type of insurance scam where drivers themselves are the victims.

So-called ‘ghost broker’ target drivers looking to get a good deal, and sell them fake or invalid insurance policies that aren’t worth the paper they’re written on.

Getting caught up in a ghost broking scam could leave you out of pocket, uninsured and even with a criminal record — despite you unknowingly falling victim to the fraud.

What is ghost broking?

Ghost brokers will often target higher risk drivers, claiming to act as an intermediary between the driver and the insurer. They often advertise on social media, forums and even around universities and pubs, and lure people in with promises of cheap premiums.

While fraudsters have many inventive ways of ripping off innocent drivers, there are three main methods ghost brokers use to trick drivers into buying fake insurance policies:

Cancellation The ghost broker will act on behalf of the driver, purchasing a valid insurance policy from a genuine provider. Once the driver pays the broker for the policy (and sometimes for their ‘broking services’), the broker will then cancel the policy and pocket any refund.

Falsification The ghost broker will purchase a real policy from an insurer, but will provide false details to get an attractive price for the driver. This scam is often used on drivers with typically expensive premiums, for example those with a history of claims or penalty points. The fraudster will take out a policy by giving the insurer details of a low-risk driver. They can then doctor the policy documents to include the driver’s real details, making it seem like the policy will be valid.

In all cases, the driver will be left with no valid insurance policy. Many victims of ghost broking don’t realise they don’t have genuine cover until they get stopped by the police or need to make a claim. 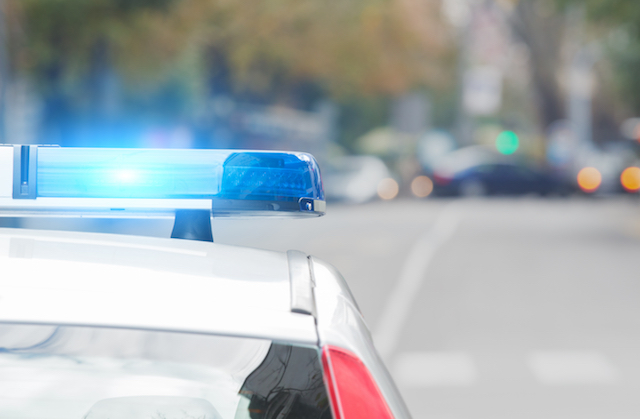 What happens if I’ve bought a fake insurance policy?

If you’ve bought a policy from a ghost broker, you won’t have valid insurance cover — which is a legal requirement.

From a legal point of view, unknowingly buying a fake policy is the same as having no policy at all, and you could face penalties including a £300 fine and your car being impounded.

That’s not to mention that if you need to make a claim on your car insurance, you won’t be covered. This could leave you out of pocket for any repairs to your car and, in some cases, liable for injuries and damages to any third parties.

You’ll also need to pay out for a valid insurance policy to make sure you’re covered in the future.

How to make sure your insurance policy is genuine

If you suspect you may have bought a fake policy through a third party, there are a few ways you can check.

In the first instance, contact the insurer. The ghost broker will usually have set up a policy with a well-known provider (or claim to have done so). The insurer should be able to tell you whether you have a valid policy with them.

You can also check the status of your insurance on the Motor Insurers’ Database. This will show whether your car is insured, but not whether your correct details were used on the application, so it’s still best to contact the insurer if you suspect you’ve bought a fake policy.

Of course, the best way to avoid being ripped off is by buying insurance from a reputable source. You can compare insurance quotes from leading insurers using the tool below: