Discover the carbon footprint of the top trending food and drink items to help you reduce your impact on the planet.
Share this guide 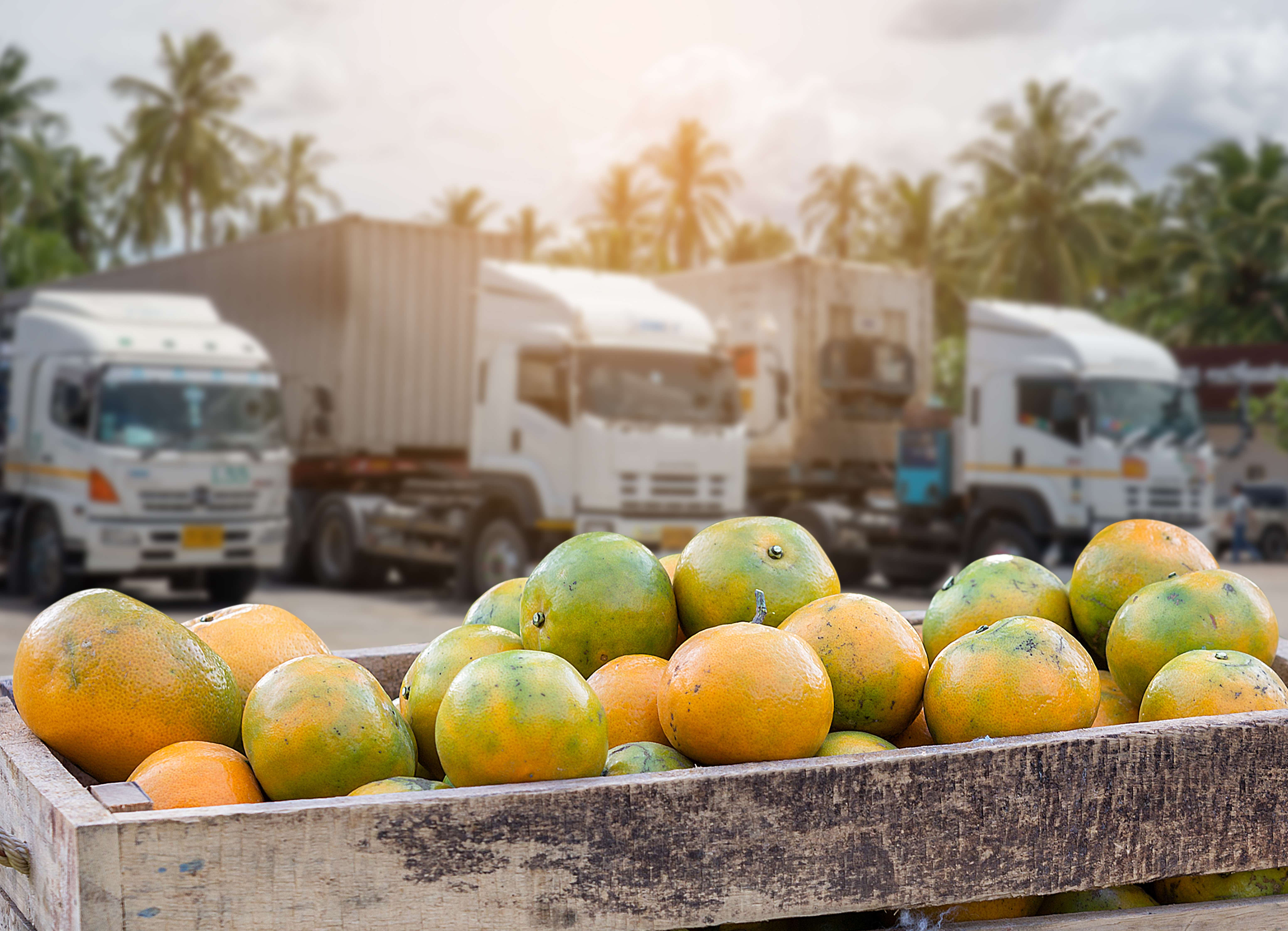 Oranges in box in front of trucks.

Social media is awash with aesthetic snapshots of gourmet dishes, boozy brunches and easy-to-follow recipes. You may even come across pictures of bulk-prepped Tupperware meals, takeaway pizza, a meal deal from your local supermarket or simply a latte in a reusable cup - our obsession with food is clear.

With this love of all things food comes the ever-growing conversation of the environment, the reasons why we should source food closer to home, and learning how to make the most climate-conscious decisions. With 25% of greenhouse gas emissions coming from food, we wanted to investigate the real impact of the top trending food and drinks of the moment.

We can help you make a more eco-friendly choice when it comes to your energy deal by comparing energy suppliers here.

Using My Emissions Food Carbon Footprint Calculator, our research analysed the ingredients of the top trending food, drinks and recipes on Instagram and TikTok to reveal which ones are the most eco-friendly and which ones are contributing to greenhouse gas emissions the most. By calculating how many grams of carbon dioxide equivalent (gCO2e) each meal produces, we were then able to reveal the highest and lowest emitters. For reference, driving one mile emits 404 grams of carbon dioxide and the highest emitter found in our research produces over 14 times more than that. 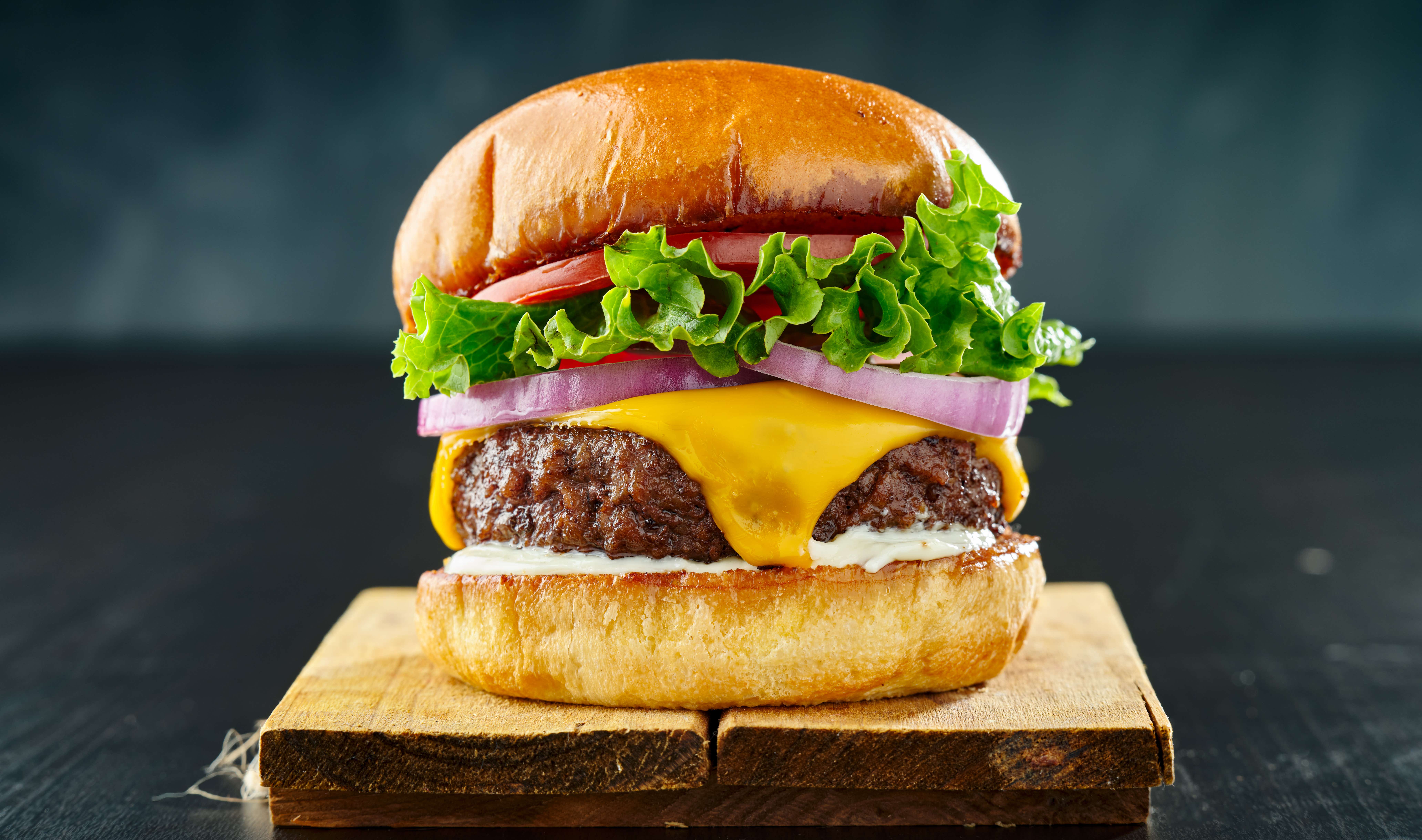 Cheeseburger with tomato, lettuce and onion.

Top 20 foods with the highest emissions

The meal with the highest total emissions is a cheeseburger (made complete with a hamburger, bun, cheese and ketchup) with a grand total of 5,768 gCO2e which is the equivalent of driving over 14 miles! Mozzarella sticks are in second place with total emissions of 2,346 gCO2e, followed by the lockdown obsession of banana bread in third position being responsible for 2,332 gCO2e.

Many of the meals on the top 20 highest emitters list have gone viral thanks to their popularity on TikTok; the famous baked feta pasta dish - notable for needing just feta, tomatoes, olive oil, penne and oregano - is fifth with a total of 1,929 gCO2e, followed by the TikTok hot chocolate bomb sensation in sixth place emitting 1,858 gCO2e. Two other foods made famous by TikTok is the DIY hazelnut spread in seventh place, emitting 1,658 gCO2e - 1,383 of that being from the chocolate alone! The TikTok breakfast sandwich is in ninth place, made up of just cheddar cheese, bread, eggs and butter, and is responsible for emitting 1,506 gCO2e - the equivalent of driving for nearly 4 miles. 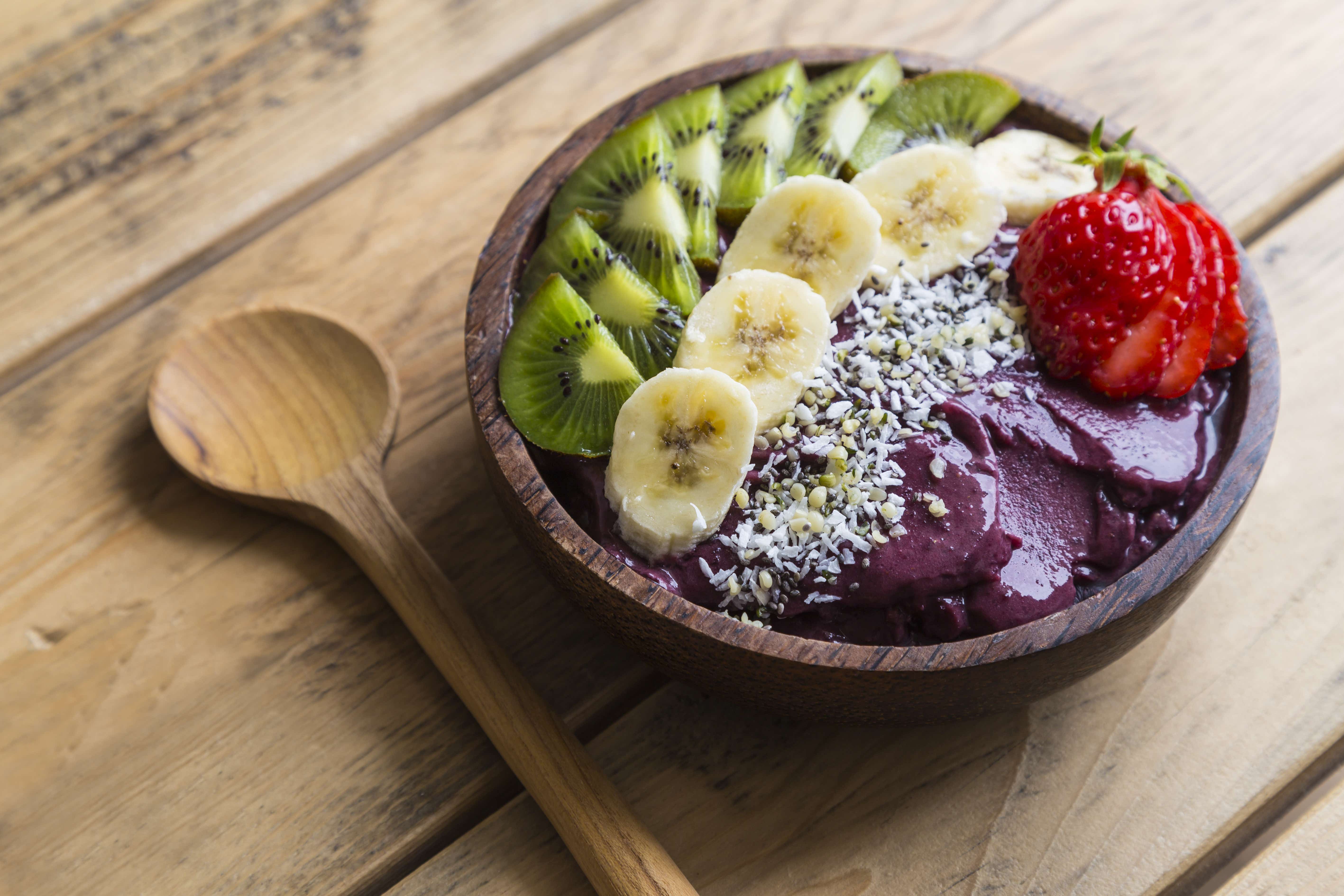 Top 20 foods with the lowest emissions

The trending food releasing the least amount of greenhouse gas emissions is spicy pickled garlic, which is yet another TikTok sensation. Simply by adding 16 garlic cloves, hot sauce, thyme and chilli flakes to a mason jar you can jump on the internet craze without worrying about the impact on the planet, as spicy pickled garlic emits just 83 gCO2e. This means you could make this recipe nearly 5 times before it had the same environmental impact as taking your car for a one-mile spin! The second-lowest emitter amongst the trending foods is corn ribs - this simple recipe's total emissions are 289 gCO2e, whilst third place acai bowl has emissions totalling 354 gCO2e.

Interestingly, only two of the meals on the list are meat-based, while the rest are either vegan or meat-free; this compares with a total of nine foods featuring on the top 20 worst emissions list that are meat-based. Chilli and garlic scallops round off the top 10 list with 522 gCO2e total emissions and the only other meat-based meal is the American breakfast choice of bacon and pancakes, emitting 583 gCO2e ranking the 14th lowest emitter of trending foods.

Just like the top 20 highest emissions, there are many recent viral recipes amongst the foods with the lowest emissions; TikTok pasta chips (literally pasta baked into chips) is the sixth lowest emitting just 468 gCO2e, three-ingredient creme brulee is 12th on the list, followed by the colourful sweet treat Cloud Bread which has a total emission of 582 gCO2e. 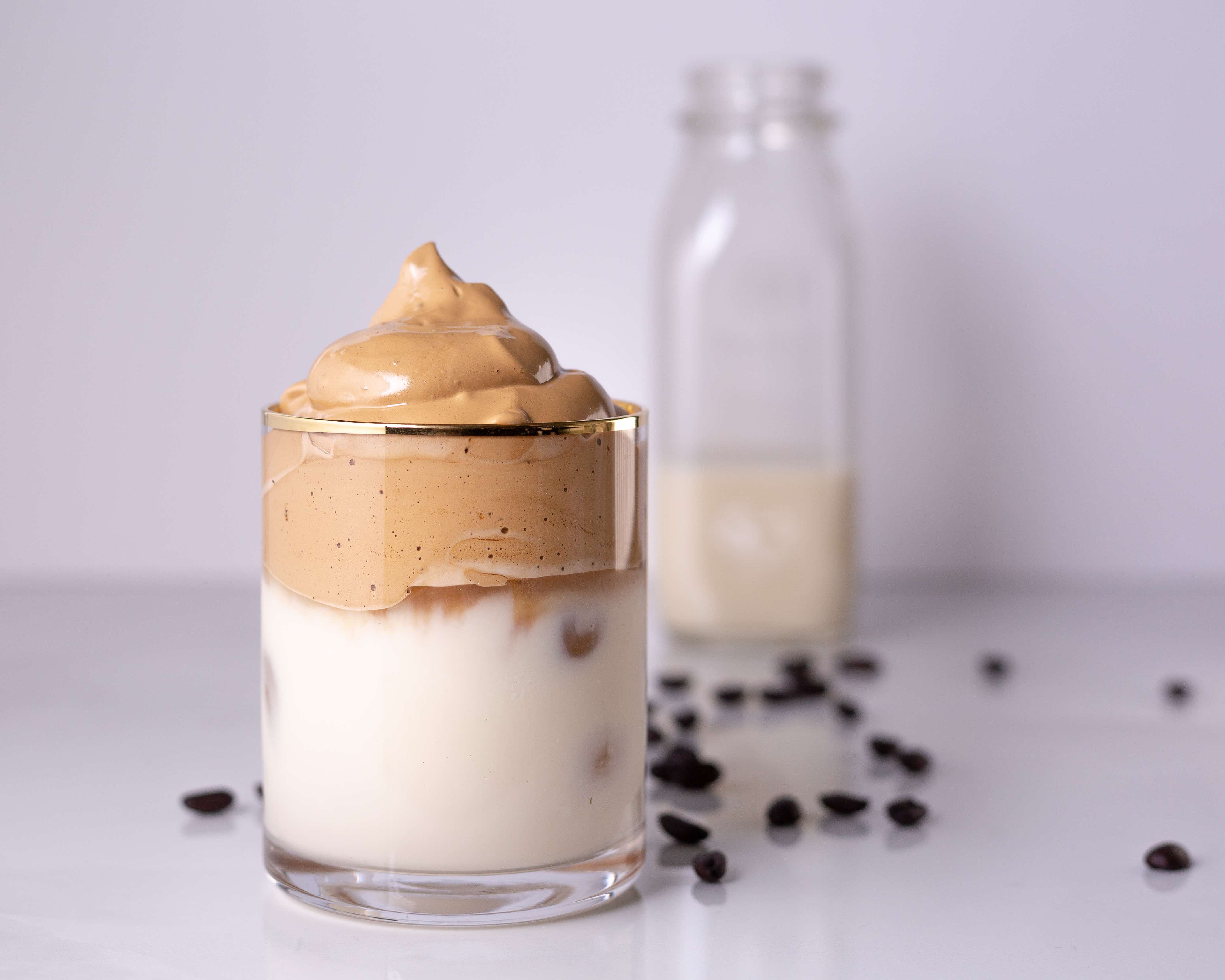 We also looked into the impact the top trending drinks are having on the environment and found that the internet’s lockdown obsession Dalgona coffee is the worst offender, emitting 905 gCO2e, which is almost the same environmental impact as driving two miles. Interestingly, the vegan version of the coffee using oat milk is 10th on the list, emitting nearly three times less gCO2e than the dairy-based recipe with an emissions total of 327. 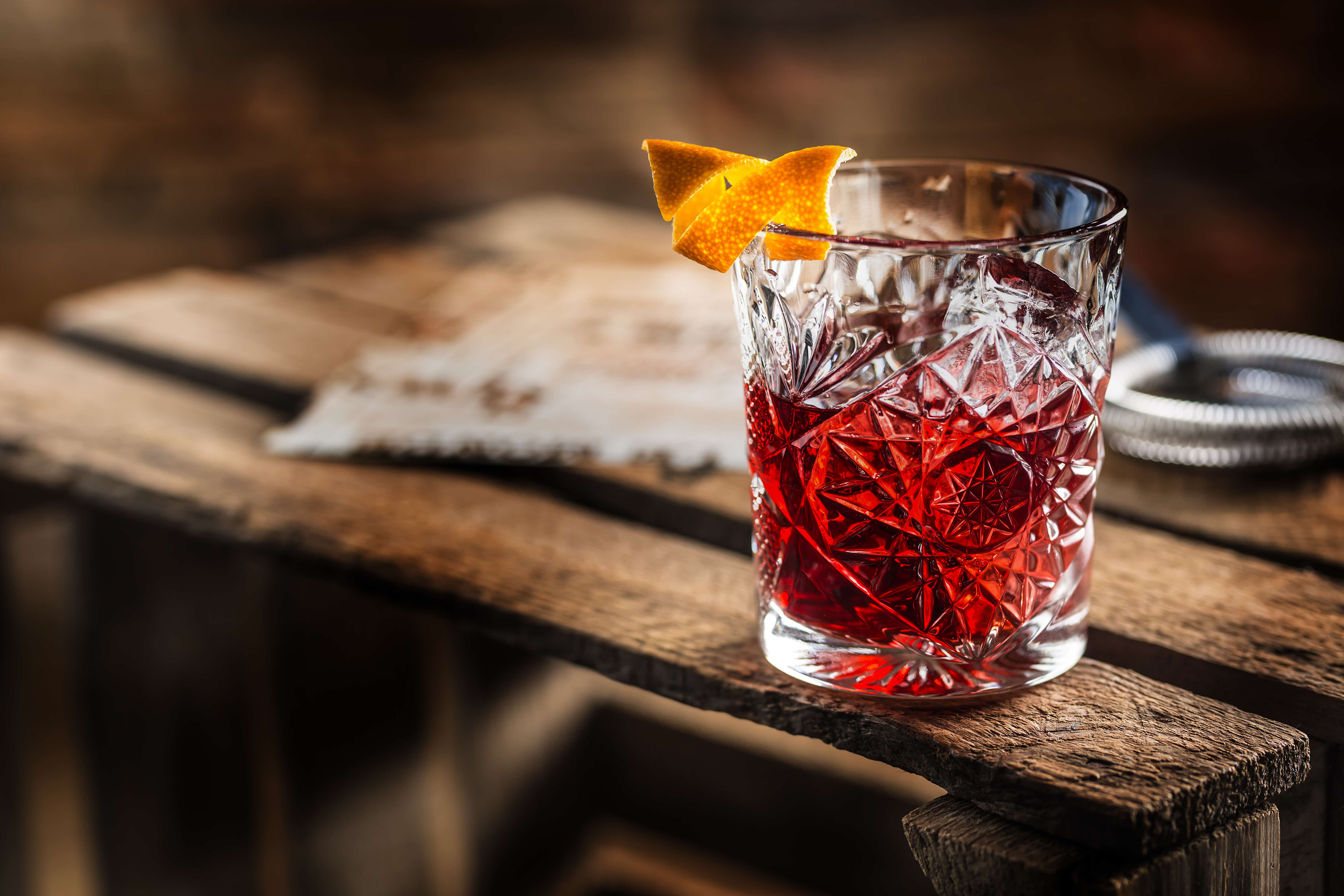 Our research found that an almond milk flat white is the most planet-friendly drink when looking at the total emissions as it produces just 134 gCO2e per caffeinated cup. The second-best is the love-it-or-hate-it bitterness of a Negroni which emits the same number of gCO2e as a Daiquiri (169). Meanwhile, James Bond’s go-to Martini - made up of just vodka, vermouth and lemon peel - is third on the list, followed by a glass of prosecco in fourth place, and Mexico’s famous margarita ranking as the fifth lowest emitter of drinks.

Sixth on the list of drinks producing the lowest emissions is a can of pale ale (a total of 218 gCO2e) compared to a bottle of beer which is featured on the highest emitters list. The rest of the list is made up of cocktails; a cosmopolitan is seventh, a mojito is eighth, an old fashioned is ninth, and a classic G&T rounds off the top 10 most planet-friendly beverages with an emission total of 271 gCO2e.

If this has piqued your interest, you can calculate your carbon footprint and receive handy tips on how to reduce your own emissions.

To compile the list of top trending foods and drinks, we scraped information from over 20 'top trending food' articles on authoritative food and drink publications like Delish, Food and Tasty as well as other news titles like Washington Post and National Geographic, and also Instagram.

By calculating the food and drinks that appeared the most across the board, we compiled 47 trending food dishes and 25 drinks.

We ran the top 72 trending food and drinks through My Emissions Food Emissions Calculator, breaking each down by its ingredients to get the overall carbon emissions of each food/drink. Weights used reflect recipes linked. Raw data can be found here.