Ofgem has announced a record increase to the level of the energy price cap. Formerly £1,971, it will be frozen for six months at £2,500 per year for average use dual fuel customers on standard variable tariffs. This is a direct result of the volatile wholesale energy market, which has caused prices to rise since the autumn of 2021.
Share this guide 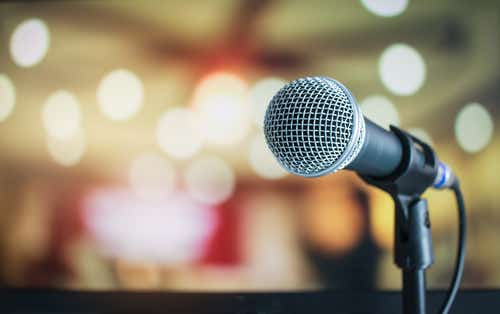 A new record price cap rise to a level of £2,500 came into effect on 1 October 2022, and means millions of households are spending a significant amount (though not as much as they would have been with the previously-announced increase of £3,549) on their energy bills as the overall cost of living also increases in other areas like food bills.

With that in mind, the government has announced a package of relief measures designed to help alleviate the financial pressure on households over the rest of the year. The measures initially announced when the previous cap rise came into effect have now (as of 8 September 2022) were updated by the government following high predictions by Ofgem and energy market analysts Cornwall Insight for the October cap.

The most significant measures are as follows:

Those who pay by direct debit (monthly or quarterly) will see an automatic deduction from those bills, either in the form of a reduction to their Direct Debit payment or as a refund to their bank account.

Those who have smart prepayment devices will have the money automatically added as a top-up on their account each month, so they will have to add less credit to their meter for their energy use.

However, those with older non-smart prepayment devices will receive a redeemable energy bill discount voucher during the first week of each month - delivery could be via text, email or post. They will then need to redeem these at their usual top-up point.

Customers without a domestic electricity meter will also receive support equivalent to the £400 discount. Details will be released in the autumn.

£650 will be granted to eight million of the UK’s most vulnerable households - those who receive Universal Credit, Tax Credits, Pension Credit and legacy benefits. The Department of Work and Pensions will make the payment in two lump sums directly into claimants' bank accounts – the first from July, the second in the autumn. Payments from HMRC for those on tax credits only will follow shortly afterwards.

A separate one-off payment of £300 will be made to pensioner households in November/December alongside the Winter Fuel Payment.

Another payment of £150 will be made from September to households receiving extra cost disability benefits.

Announced in the first wave of relief measures, 80% of households in England - those in council tax bands A-D - will receive a £150 Council Tax rebate from April 2022. Most households should have received it by now, but if you haven't, you can check which council tax band you're in here.

For the most vulnerable people and those on low incomes who do not pay Council Tax, or who pay Council Tax for properties in Bands E-H, discretionary funding of £144 million will be provided.

The Scottish government has announced the allocation of its funding to help deal with the cost of living crisis. This includes:

The Welsh government also pledged to match the £150 Council Tax rebate to all households who live in properties in council tax bands A-D, as well as recipients of the Council Tax Reduction Scheme in all bands.

£25m will also be provided to local authorities so they can use their local knowledge to help households who may be struggling. Further funding will be provided via the Discretionary Assistance Fund.

Additionally, the Winter Fuel Support Scheme will deliver an additional £200 later this year to low income households receiving certain benefits. Eligible households will be able to claim the payment from their local authority to be used towards paying fuel bills. The payment will be available regardless of whether you have a prepayment, direct debit or credit account, and regardless of whether you use off-grid fuel.

The scheme will open for applications on 26 September 2022 and the Welsh Government expect the first payments to be made in October 2022.

For prepayment customers, the Fuel Voucher Scheme will distribute vouchers worth £30 or £49 to households with prepayment meters and at risk of disconnection. In order to be eligible, households will be referred for support by one of a network of referral partners. There will be a maximum of three vouchers per household in a six-month period, with some discretion in special cases.

The government has also confirmed that existing proposals to expand eligibility for the Warm Home Discount, as well as the planned £10 uplift to £150 from October 2022, will go ahead. This means three million vulnerable households will now benefit.

We’ve asked Justina Miltienyte, energy policy expert at Uswitch, to answer some of the common queries we've received about the measures, what you can expect and what the likely procedures might be.

It’s also worth noting that the details to these relief measures are still being worked out, meaning they’re subject to change at short notice, the information above and the answers Justina’s provided below are accurate as of 10 August 2022.

How will the Energy Bills Support Scheme work in practice?

All households in England, Scotland and Wales with a domestic electricity connection will start getting the rebate automatically from October 2022 to help with their bills - there's no need to apply for it. It is now a grant, not a loan. There will be no interest due, no debt attached, and it will not affect your credit rating. The specific delivery details can be found above.

I have two different suppliers for electricity and gas - does that mean I’ll receive double the energy rebate?

No - all households will get £400 because the rebate is based on electricity usage.

Yes. Previous schemes have used vouchers to reach those on prepayment meters and this will probably be the way it works again.

Would the energy rebate differ based on usage?

Can I get the energy rebate money sooner than October?

No, but there are other measures that have been announced that could help before and after October, such as the Council Tax rebate and the various one-off cost of living payments due to be distributed throughout the winter.

Can I opt out of the energy rebate?

No - all households with a domestic electricity connection will be automatically included in the scheme.

Is this a rebate for all tariffs?

Yes - it applies to both fixed and standard variable tariffs.

Will I lose the energy rebate if I switch energy supplier before I receive the money?

No - the scheme will be based on electricity meter points, so you’ll receive it regardless of whether you switch or not.

How do I find out which Council Tax band I’m in?

The easiest way to check your Council Tax band is on gov.uk.

How will I receive the Council Tax rebate?

Is the Council Tax rebate repayable?

No, you won’t have to repay it.