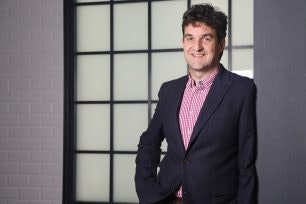 As the new registration plates are launched this month, motorists purchasing new cars are at risk of losing thousands of pounds in the event of theft or their car being written off. According to the latest research from Uswitch.com, the price comparison website and switching service, insurers typically pay out the market value of a vehicle rather than a like-for-like model, potentially leaving drivers who have bought their cars on credit facing a shortfall of thousands of pounds.

Most car insurance policies will only cover a car’s value at the time of write-off or theft, rather than its value at the time of purchase. Should this happen within the first three years of it being purchased, the average motorist could lose out on £4,000 for the most popular cars but can run up to more than £8,000 for some models. This can be cause for concern for drivers who have purchased a new car as its value falls rapidly immediately after purchase – in some cases up to 60% within the first three years.

The majority (86%) of motorists use a loan or other form of credit agreement when purchasing their vehicles, making them particularly vulnerable to being left significantly out of pocket in the event of theft or a write-off. These drivers will be left with the outstanding loan amount to repay while only being compensated for the market value of the vehicle.

In a bid to address this issue, an additional financial product called Guaranteed Asset Protection (GAP) insurance is offered by the insurance industry to provide motorists with further reassurance. However, only four in ten (38%) UK motorists are aware of GAP insurance and just one in ten have taken out the product to protect themselves.

With over three quarters (78%) of motorists asking to be able to choose the value of their car insurance – whether new or used, in lieu of taking out this extra insurance product – Uswitch.com is calling on insurers to offer drivers a choice of values when taking out their motor insurance, so that should they need to claim, motorists won’t be in for a nasty surprise.

Rod Jones, insurance expert at Uswitch.com, says: “Worryingly, a large number of drivers who purchase a new car are at risk of being left significantly out of pocket if it is written off or stolen. Consumers should have a clear choice of the amount of financial liability they want to protect themselves against when insuring their vehicle.

“With so many of us opting to purchase cars on finance plans, it is vital that insurers make consumers aware of the possible shortfall between the loan value and the current used value of the car, and that they provide the option to cover their vehicle at new or market values.”

All research referred to was conducted by Opinium from 26th to 30th January 2018 among 2,003 nationally representative UK adults (aged 18+) of which 1,584 are drivers.