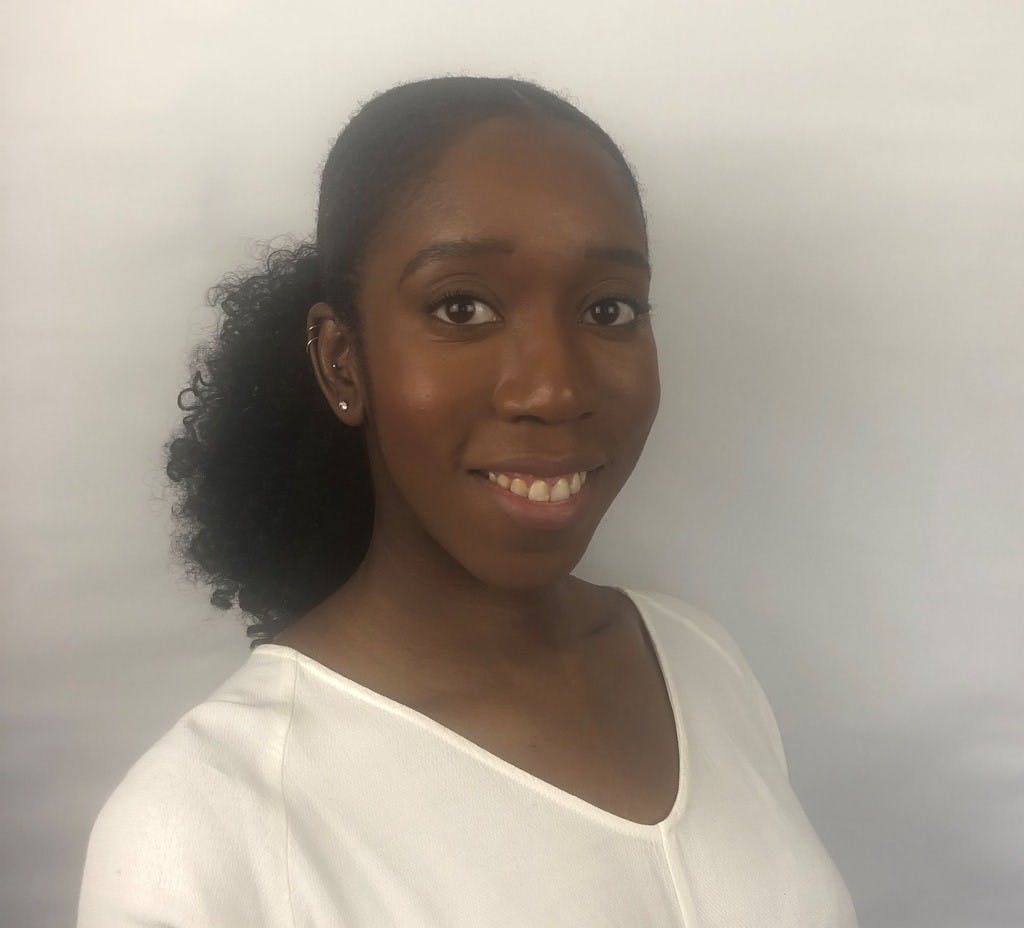 Home broadband usage has shot up to 41 hours a week as workers and schoolchildren stay home[1]– a rise of almost a third (29%) since the lockdown[2], according to new research from Uswitch.com, the comparison and switching service.

The average household has eight devices that connect to the internet, including two smartphones, at least one laptop and tablet computer, and one smart TV[3]. Up to five devices are connected to the internet at a time, although this increases to seven devices for families[4].

Before the lockdown, households spent an average of 32 hours a week on the internet, with the bulk of the time – seven hours – browsing social media[5]. With millions of people now forced to stay at home, working online now takes up the lion’s share of internet usage – at 8.5 hours a week, a rise of two thirds (67%).[5]

Table: Change in households’ internet use during the lockdown

Video-calling has also seen a huge surge in popularity as family and friends do all they can to stay connected – two thirds of consumers (68%) say they have used the technology since the lockdown started. Regionally there is a difference with nine in ten Londoners (93%) saying they have video-called, compared to just six in ten (58%) people in Wales[6].

Southampton has seen the biggest rise in broadband use since the lockdown, with the numbers of hours online increasing by half (49%)[7].

The research highlighted that the different regions of the UK use their broadband for different purposes, with Southampton revealing itself to be the UK’s social media hotspot. Residents spend nine hours 36 minutes a week browsing Twitter, Facebook and other platforms. Manchester spent the least time on social media, browsing for only five hours six minutes[7].

Liverpool is the UK’s gaming capital, with households spending seven and a half hours a week playing online, while Belfast residents only indulge in three hours and 42 minutes. Nottingham residents do the most school work, studying online for up to five hours a week, while students in Plymouth only use the internet for an hour and a half[7].

Cardiff residents spend less than half as much time doing their job online as Londoners, with the Welsh capital working on the internet for five hours and 24 minutes compared to 12 hours 36 minutes in the Big Smoke[7]. 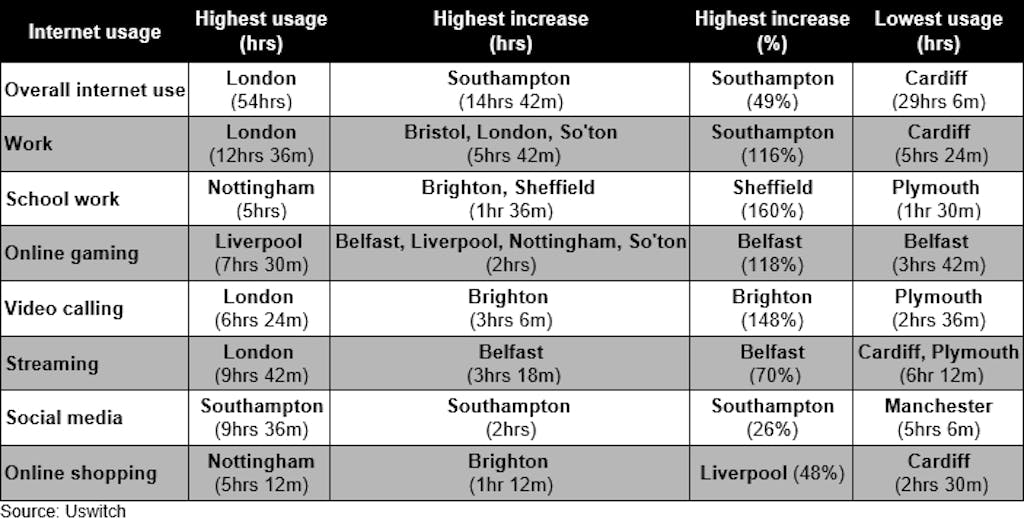 But the increased demands on broadband has resulted in households experiencing problems with their connection, with one in five households (21%) reporting issues they don’t usually suffer[8].

Half of those reporting problems (49%) said their connection kept cutting out, while a third (34%) couldn’t even connect in the first place, and a third found that streaming videos keep buffering (33%)[9].

Uswitch.com is offering consumers working from home tips and tricks to making the most of their broadband with their guide to keeping your connection running smoothly. Some households will find they can speed up a sluggish connection by limiting the number of devices connecting to the internet, while others might benefit from a Wi-Fi booster.

Due to coronavirus, Openreach engineers are only going into houses for installations where a vulnerable customer would otherwise be without a connection. Most consumers won’t require a home visit, so should still be able to upgrade from an ADSL to superfast broadband. Those wanting to switch should do it online to avoid overloading providers’ call centres, which are focusing on helping vulnerable customers.

Adelana Carty, broadband expert at Uswitch.com, comments:  “The lockdown is testing households’ broadband connections to the limit, as multiple devices use the internet around the clock.

“The average household has up to five devices using the internet at any one time, and connections can struggle when numerous people are streaming television and films or using video calling at the same time.

“It’s already a very challenging time for many households, but having a reliable broadband connection can at least give a bit more stability to services many are increasingly reliant on.

“If you’re finding that web pages are failing to load, or streaming videos are constantly buffering, it’s worth trying our tips to keep you connected. Some straightforward steps like rebooting your router or turning off your HD streaming can really make a difference.

“For those struggling on slower ADSL connections, where an upgrade could make a really noticeable difference to day-to-day use, it is often possible to move to superfast broadband without the need for an engineer to visit, and potentially save money at the same time.”

1. Opinium surveyed a sample of 2,002 UK adults from the 9th to 14th April 2020. Results were weighted to reflect a nationally representative criteria. Respondents were asked ‘Considering the current social distancing measures, how many hours a week is your household now spending online for each of the following activities?’ The average total was 41.3 hours.

3. Respondents were asked ‘How many of each of the following devices do you have in your household that can connect to the internet?’ The average total for households was eight devices, including 2 smartphones, 1.4 laptops, 1.3 tablets, 1 smart TV, 0.7 desktop computers, 0.7 gaming consoles, 0.4 virtual assistant, 0.4 smart speaker, 0.2 smart thermostat and 0.2 smart doorbell.

4. Respondents were asked ‘What is the maximum number of devices you have on and connected to your home broadband at a time?’ The average reply was 4.8 devices. The average reply for households with at least one child under the age of 18, was 6.9 devices.

6. Respondents were asked ‘Considering the current social distancing measures, how many hours a week is your household now spending online for each of the following activities?’ Video calls increased from 2.8 to 4.2 (50%).

9. Respondents were asked ‘What problems have you had with your internet connection?’ 49% replied ‘Internet cutting out’. 33% replied ‘Videos buffering’.