How to avoid being overcharged for your mobile phone contract

Twelve months ago, Citizens Advice slammed mobile networks for continuing to charge customers for the cost of their phone after it’s been paid off. A year later, it seems little has changed, as Citizens Advice has once again lambasted EE, Three and Vodafone for not offering clearer, so–called split contracts.

It says that four million UK consumers are being overcharged to the tune of £500 million, which works out at an average of £22 a month. All thanks to deals where the cost of the handset is still charged once a contract is up, despite the owner having already paid it off in full.

So, how can you make sure you’re not out of pocket? Read on and we’ll reveal all.

Once your contract for a phone and airtime expires, you own the device. But EE, Three and Vodafone continue to charge consumers for their devices once that term is up, even if they all say that they actively approach users to tempt them with new deals.

However, just because you’re not with EE, Three or Vodafone, don’t assume you can’t get stung. Depending on when you took your contract out, some other networks may carry on charging you the full whack even after you’ve paid off the cost of the handset.

The best thing to do is call your network when you’re nearing the end of your contract. Unfortunately, providers don’t always offer up the the most competitive upgrade or SIM-only options straight away. So we strongly recommend doing some research beforehand to see what deals are out there. Check out our monthly contract deals and our SIM-only deals to find yourself a bargain.

Use your bargaining power

Networks hate to lose customers. So, if you’ve found out you’re being overcharged by your provider, call them to complain and ask what deal they can offer you. Again, it’s very important to research beforehand to make sure you know what you’re looking for.

If you’re unsure about the latest handsets available, then remember that currently networks will be looking to shift older iPhones, such as the iPhone 6s and iPhone SE. These are solid devices, but make sure you’re not paying top whack for them now Apple has stopped selling them directly.

Get a SIM-only contract 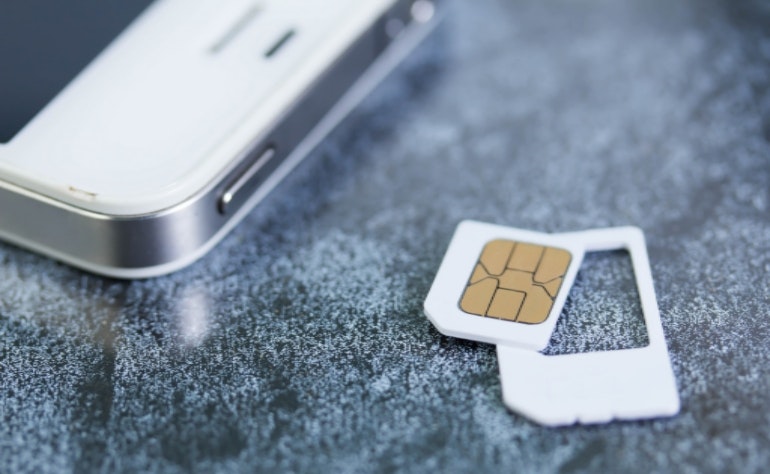 If you don’t want a new phone, there’s a really simple way to make sure you don’t get overcharged. All you need to do is cancel your contract, get a PAC from your network and switch to a SIM-only deal instead.

Take a look at all our best SIM-only deals.

These are always cheaper than a deal which includes a handset and are usually either 30-day or 12-month offerings. So you’ll have a lot more flexibility than you’d get in a traditional two-year phone contract. Plusnet currently offers 2,500 minutes, unlimited texts and 5GB data for just £9 a month.

Want to keep your number? Here’s our guide to porting your mobile phone number.

If you want a new phone at the end of your contract and can’t face doing a lengthy deal, then a smart option is to buy a new phone outright. This can be costly, especially if you want the latest iPhone XS Max (which starts at a hefty £1,099).

However, if you were to couple that device with the aforementioned Plusnet deal, it would work out as £1,215 over a two-year period. That’s far more affordable than a long term contract, which can easily cost as much as £2,000 over 24 months depending on your data needs.

Switch to O2 or Sky

Both O2, with its Refresh deals, and Sky Mobile, with its Swap packages, offer split deals, which see the cost of the phone paid off after a set period, leaving only airtime charges.

This means you can pick up a new phone at the end of your term, but keep the same calls, texts and data as before. Sky Mobile has the iPhone XS from £43 a month for two years, with 1GB data and unlimited calls and texts (as long as you have Sky TV already).

EE says such split deals are ‘overly simplistic’, but they’re actually a great way to stay on top of your spending.

Which network offers the best perks?

We take a look at the incentives and sweeteners offered by the UK’s biggest providers.

How to stop your gadgets from overheating

Keep your devices cool in the summer.