The 2022 Academy Awards took place last night in Hollywood, with an incredible list of winners. In the US, this is the second year in which every winning film is available to watch at home, either as part of a streaming subscription or available on-demand.
Share this guide 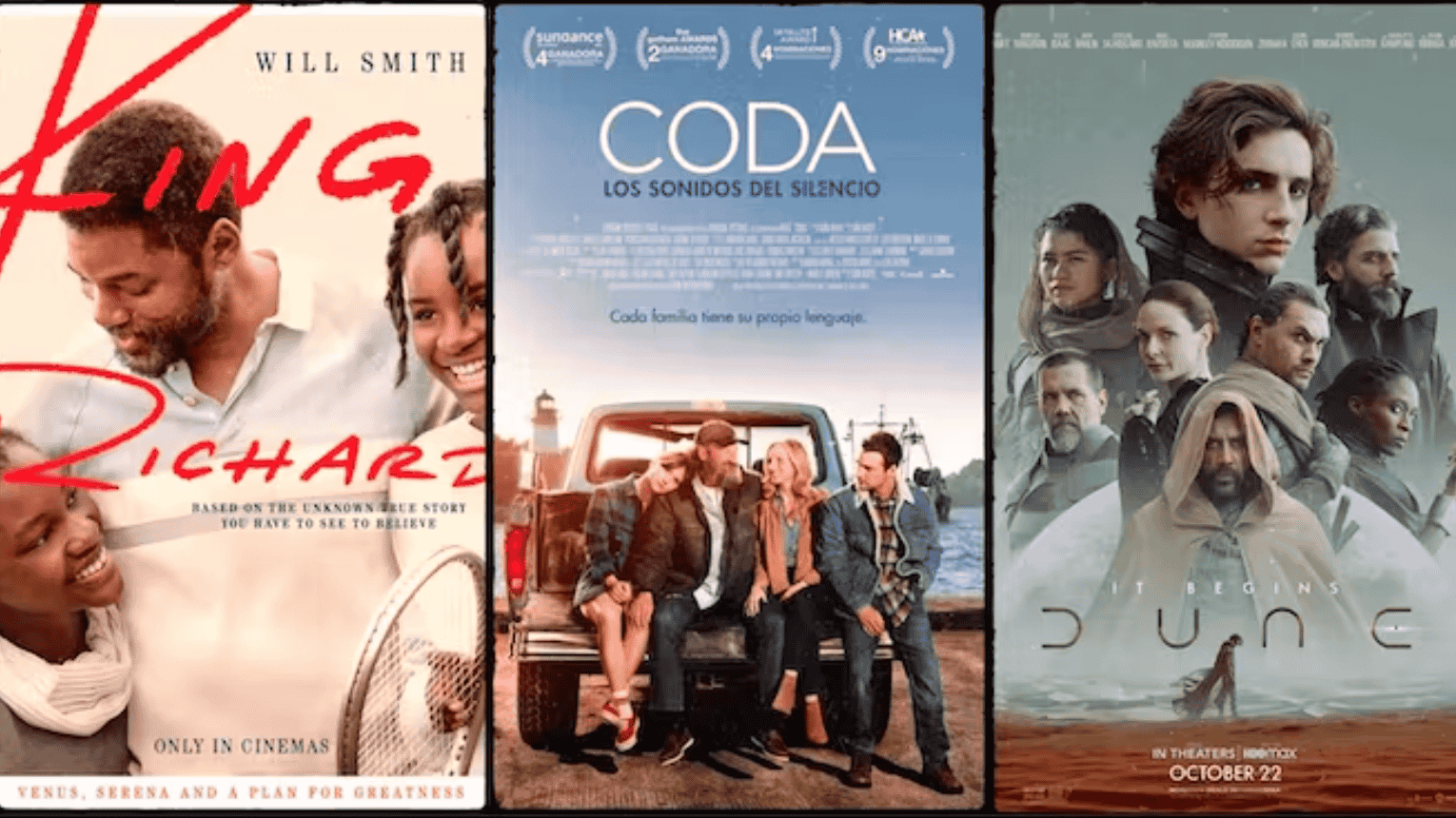 However, the majority of the winning films are streaming on HBO Max, which isn’t available in the UK. So if you’re not keen on heading to the cinema just yet, here’s how to watch the 2022 Oscar winners online.

The big winner of the night was CODA, a remake of the French film La Famille Bélier. The coming-of-age dramedy was written and directed by Sian Heder and stars Emilia Jones as the eponymous CODA (child of deaf adults). As the only hearing member of a deaf family, she struggles to balance her own life and the demands placed on her to help and support her family.

You can get free access to Apple TV+ when you purchase a new iPhone or any Apple product.

Best Actress - Jessica Chastain in The Eyes of Tammy Faye

Jessica Chastain is a personal favourite and shines in the biopic of televangelist Tammy Faye Bakker. During the 1970s and 80s, Tammy Faye and her husband Jim Bakker (played by Andrew Garfield, who missed out on his Oscar for Tick Tick Boom) rose to fame through their burgeoning religious broadcast network and theme park.

Watch the rise and fall of Tammy Faye on Disney Plus.

There may have been a lot of drama surrounding Will Smith’s appearance at the awards show, but that can’t take away from the incredible performance he gave as the ambitious and driven father/coach of the Williams sisters.

King RIchard is on HBO Max in the US. And if you want to watch it in the UK right now, you’ll have to rent or purchase it on a platform like Amazon Prime Video.

Where to watch King Richard: Available for purchase on Amazon Prime Video.

Best Director - Jane Campion for Power of the Dog

Jane Campion becomes the third woman in Oscars history to win the Academy Award for Best Director. The Power of the Dog is one part western, one part psychological thriller and one part love story.

You can watch The Power of the Dog on Netflix now.

Ariana DeBose is another Oscar first, making history as the first queer woman of colour to win an Academy Award. Directed by legendary director Steven Spielberg, it’s a chance to enjoy a reimagining of a Hollywood classic.

Watch West Side Story on Disney Plus.

The animated hit of the year was without a doubt Encanto. A story about a magical family in Colombia, with a soundtrack that we still can’t get out of our heads, Encanto made great strides for diversity, inclusion and was just all-round awesome.

You can watch Encanto again and again on Disney Plus.

Sir Kenneth Branagh took home his first Oscar for Belfast. Brannah wrote the film during lockdown, which tells the story of his early years growing up in the Tiger’s Bay area of North Belfast.

Belfast is still available to watch in some theatres. But if you’d like to stream it at home, you’ll have to purchase it on platforms like Amazon Prime Video, YouTube or Google Play.

Where to watch Belfast: Available for purchase on Amazon Prime Video.

As one of the biggest theatrical releases of the year, it’s no surprise Dune was in line to win big at the Oscars. Dune took home six Oscars, including awards for cinematography, visual effects and production design. And if you saw Dune on the big screen you’d totally understand why. The film was an epic sci-fi treat for the eyes and ears and most assuredly deserved its multiple Oscar wins.

At the moment, Dune is still only available to stream when purchased from platforms like Amazon Prime Video.