When it comes to car insurance you need to know the facts from the fiction or you could find yourself overpaying, or worse — without the cover you are required to have by law. Read on to find out the truth behind 10 common car insurance myths.
Share this guide

The truth: Drivers who opt for a lower level of cover tend to make more claims, which has driven up the cost of these policies. There’s also a lot more competition between insurers for comprehensive policies so the prices are often keener.

For many drivers, comprehensive cover can cost the same or even less than third party only or third party, fire and theft cover. And it comes with the added bonus that your own vehicle will be covered if it is damaged. You can read more about this in our guide.

The truth: Premiums fall each year for young and inexperienced drivers who notch up no claims but for the rest of us insurers tend to push up premiums even if you don’t claim. There are many external factors at play that affect the cost of insurance, including:

Myth 3: No claims bonus protection will stop my premium rising

Also, there’s a limit to the protection offered - if you make more than one claim in a year, you might find your insurer removes a year or two’s bonus (but you’ll likely still be better off than if you had no protection and lost your whole discount).

There are also the general cost increases that insurers will pass on to motorists.

Myth 4: I won’t have to pay the excess if a claim wasn’t my fault

The truth:  If you are hit by an uninsured driver, or your car is damaged and the other driver does not stop - whether you find it damaged in a car park or you are a hit-and-run victim on the road - you will have to pay the excess.

If you make a claim that wasn't your fault, such as if a third party crashed into you at traffic lights, your insurer will usually waive your excess if it can prove you weren't to blame. It will be able to claim its costs back from the third party.

However, you may be responsible for paying your excess upfront even if you're later entitled to a refund so make sure you select a policy with an excess you can afford.

And if the other drivers simply fails to respond to your insurer, the claim may not be paid by renewal so will show up as a fault claim. You will then not just pay the excess but lose your no claims bonus. You may need to take legal action against the other driver to get the claim settled. The insurer will then reduce your premium and refund you. 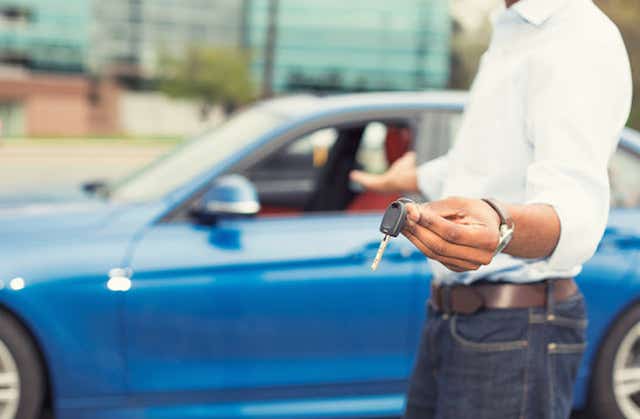 Myth 5: Comprehensive cover allows me to drive any car

The truth: This used to be a standard feature of comprehensive policies, but it’s far less common now.

For this reason, it’s important to check your documents rather than assuming you can drive another car. Look out for ‘driving other cars’ (DOC) cover in your policy.

Also, bear in mind that even if you have DOC included you will only be covered for third-party liability, so you won’t be covered for any damage to the car you’re borrowing - you will have to pay that yourself.

Myth 6: Young drivers should get insurance in a parent’s name

The truth: Putting insurance in someone else’s name to get cheaper cover is known as fronting and is illegal. Fronting and has serious consequences, including penalty points, disqualification, and fines of up to £5,000 if the case reaches the courts.

The main driver of the vehicle should be the policyholder. Some insurers will discount a young driver who puts their parents on the policy as named drivers.

The truth: Most black box or telematics policies no longer have set curfews. While this was a feature in most early black box policies, insurers have moved on and most now base premiums on driving behaviour such as mileage, speed, braking and accelerating.

While driving at night may affect your driving score on some policies, there are now very few black box policies that restrict the times of day you can drive.

Night driving is far from the only misconception about black box policies — in fact, we’ve rounded up some myths specifically about the technology here.

Myth 8: I don’t need to insure my car if I don’t drive it

The truth: Since Continuous Insurance Enforcement (CIE) came into effect in the UK in 2011, all cars must be insured unless they have been declared off-road with a Statutory Off Road Notification, known as a SORN.

You can only SORN a car if it’s kept off the road on private property — for example on a drive or in a garage. If it’s kept on a road but never used, you must still have valid car insurance.

Myth 9: Paying monthly is a cheap way spread the cost of cover

The truth: While it might seem sensible to spread the cost of insurance with monthly payments, it almost always costs more in the long-run.

Most insurers will charge an upfront deposit as well as interest, making your premium cost much more over the year. While it can be difficult to find money for a year’s cover upfront, paying in one go usually works out much cheaper.

Our guide to annual and monthly payments explains more.

The truth: There are no prizes for staying loyal when it comes to car insurance, as you can often find a cheaper deal by shopping around. While you might be tempted by the convenience of letting your insurance policy renew, it could be costing you dearly.

Although the regulator, the FCA, brought in new rules in January 2022 to stop insurers discounting new customers and penalising those who did not shop around, in reality it still pays to check you are getting the best deal. Compare cover levels and wordings, not just price.