If you’ve ever returned home to find there’s nowhere to park on your street, you’ll know how infuriating it can be.
Share this guide 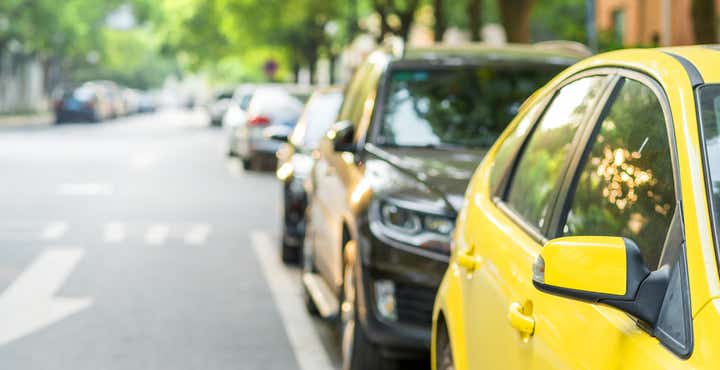 Whether someone keeps stealing the space directly outside your house, or inconsiderate neighbours have decided to park across your driveway, it’s hard to know your rights and what you can do about it.

Here at Uswitch, we surveyed 1,000 Brits to find out how much they know about the laws on residential parking, and what extremes they’re going to in order to secure a spot outside their home.

From leaving angry notes on windscreens, to confronting strangers in the street, which drivers are fuelled with rage? And who’s most likely to steal your spot?

Are you legally entitled to park outside your house?

Despite over 60% of drivers thinking they're legally entitled to park in the spot outside their home, unfortunately this isn’t the case.

Whilst your neighbours might give you preference over a particular parking space,  police are keen to remind people that it's not 'your right' to park in front of your house - unless you have a designated parking space.

From those surveyed, over a third admitted they don’t know if it’s a criminal offence to park outside someone else’s house. However, providing your street isn't governed by residents' parking permits, any member of the public can park there - as long as they aren’t causing an obstruction.

Who’s most likely to steal your spot?

25% of drivers revealed they would see no problem parking outside somebody else’s home, with 30% of over 55’s the most likely to steal your spot.

When it comes to locations, drivers in Brighton (36%) are most likely to park outside your house, followed by those in Nottingham and Cardiff (34%).

Drivers aged between 16 to 24 are the weariest overall, with just 10% feeling comfortable parking outside another residential property.

Where are you most likely to receive an angry note?

With so many Brits unaware of the laws on residential parking, it’s no surprise that frustrated residents around the UK are taking extreme measures to stop people parking outside their home.

In Edinburgh and London, one in seven people admitted they’ve left an angry note on a driver’s windscreen for parking outside their property. Residents in Brighton and Southampton are also penning their rage, with one in eight doing the same.

Who’s causing the most confrontation?

Taking it a step further, residents in Nottingham are most likely to confront a stranger for parking outside their home. One in eight people in the city admitted they’ve had an argument with a stranger, with those aged between 24 and 35 being the most confrontational.

Belfast isn’t far behind, with one in 10 residents also having disagreements. On the other hand, people living in Southampton and Leeds are the least likely to approach you, with less than 5% admitting to having a quarrel.

When it comes to arguing with neighbours, people living in Leeds are most likely to have a dispute, with 10% revealing they have knocked on next door to complain about parking.

Would you report a vehicle as abandoned?

There's currently no law on how long someone can park in the same space for, unless the police think the car has been abandoned and decide to remove it.

Shockingly, one in nine residents living in Southampton, Manchester, Liverpool, and Belfast revealed they have reported a vehicle as abandoned in a bid to get it removed from outside their home.

Uswitch car insurance expert, Florence Codjoe, said: “Whilst it’s really frustrating to find a vehicle parked outside your home for weeks or months, it’s the decision of your local council as to whether it’s removed. If the vehicle is damaged, causing an obstruction, uninsured and without road tax, it’s likely the council will remove it.

“However, if you know the owner of the vehicle, it’s probably best to have a polite discussion with them before contacting local authorities, as they may not realise how much distress their vehicle is causing you.”

Is it a criminal offence to park on somebody else’s driveway?

Our survey revealed one in 20 drivers have parked on somebody else’s driveway without permission, but what are your rights if this happens to you?

Whilst this may seem a little bizarre, it’s not actually a criminal offence to park on somebody else’s driveway, a fact over 64% of Brits are unaware of.

A strange legal loophole means anyone can park on your driveway, as the line between criminal and civil law is seemingly blurred.

A statement on the Metropolitan Police website advises: “If someone parks their vehicle on your driveway without your permission, this is a civil dispute and not something we can help you with.”

Unfortunately, it’s unlikely your local council will help either, as once the car parks on your drive, it's technically on private property - and local councils have no jurisdiction. Parking on someone else drive is considered trespassing, but this isn’t classed as a criminal offence.

Whilst councils are required to remove abandoned cars from both public and private property, if the vehicle is taxed, insured, has a valid MOT check and isn't in a dangerous condition, they’re unlikely to move it on private land.

So, what can you do? Uswitch car insurance expert, Florence Codjoe said:

“If you come home to find a stranger has parked their car on your drive, try having a polite chat with the driver first, as there may have been a simple misunderstanding. If you can’t come to a resolution and it happens repeatedly, then it may be worth contacting Citizens Advice or a solicitor to seek further help.”

Where is it illegal to park?

Whilst it may not be illegal to park on a public street outside somebody’s home, or on a private driveway, there are some places that are completely off limits to drivers.

According to the Highway Code you must not park:

Florence Codjoe said: “Parking in restricted areas could land you a fine of up to £1,000, so it’s important to ensure you avoid it. Not only could it get you into trouble, it could also obstruct pedestrians and other vehicles, putting their safety at risk.

“If your car is damaged or you’re involved in an incident whilst parked in a restricted area, this could also impact the validity of your car insurance if you need to make a claim.”