The OnePlus 10 Pro 5G might seem like a stock smartphone sequel on paper, but it truly marks a turning point for the Chinese manufacturer.

Making its name as a plucky upstart, delivering flagship devices at feature-phone price points, OnePlus became a global brand over the past nine years. It’s known for delivering a sense of disruptive excitement and hype with each subsequent release, collaborating with some of the world’s coolest brands along the way.

However, the 10 Pro is the first flagship effort following the ‘grand unification’ of OnePlus and sister brand Oppo in 2021. And, despite claims of independent operation, their shared DNA has never been more apparent than it is here.

The result is a smartphone with incredible fast charging capabilities, distinct improvements in both display and camera functionality, as well as some interesting changes to its software.

However, with no ‘amateur’ variant releasing alongside a ‘professional’ model for the first time in OnePlus history, the 10 Pro becomes your only option versus a scaled-back OnePlus 9 for just £729 in 2021.

That being said, it still sees around £200 to £300 of SIM-free savings between itself and the cost of flagship devices from the usual suspects.

It’s an assured move from the smartphone underdog still pushing consumers to ‘never settle’ in its tagline.

Does OnePlus still have what it takes to stand apart in an increasingly competitive smartphone sector? Check out our OnePlus 10 Pro 5G review to find out. 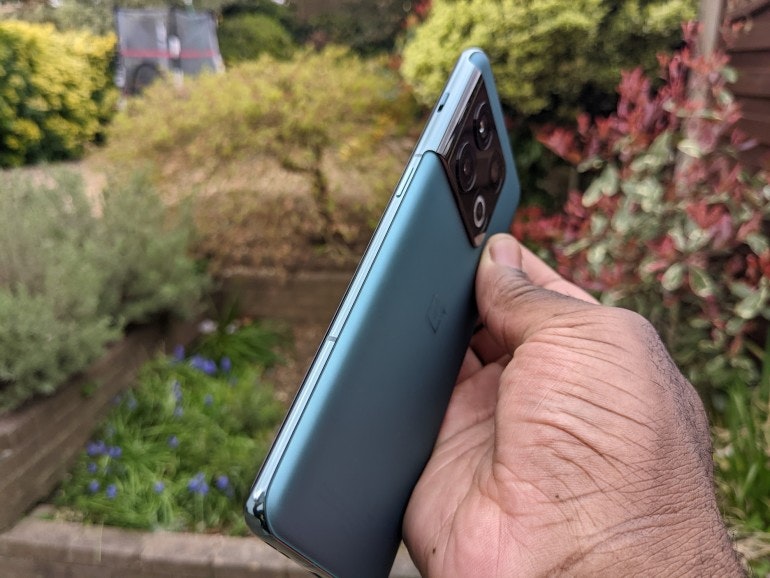 The OnePlus 10 Pro 5G offers a striking design from the outset. It has an expansive front display that gives way to design flourishes and iterations on the all-important rear.

Available in two colours, Volcanic Black and Emerald Forest, the 10 Pro has an air of refinement when it comes to build quality. It has textured, tactile, matte frosted Corning Gorilla Glass 5 as opposed to the slippery, overly fingerprint-friendly rear of the 9 Pro.

With the Emerald Green model giving off a slight glimmer in the light when viewed from various angles, the 10 Pro looks every bit the elegant flagship phone from a design perspective.

While many devices have made strides to seamlessly integrate the camera array into the aesthetic for 2022, OnePlus proudly broadcasts the Hasselblad logo vertically across a glossy ceramic camera module.

Expanding out from the phone’s aluminium frame atop the rear glass, its sizable housing for the three cameras and flash can’t help but attract the few fingerprints that a revamped rear now avoids.

Standing out starkly from the rest of the body as less of a protruding bump than an integrated unit, the camera setup certainly adds a sheen to the 10 Pro’s unmistakable silhouette.

When it comes to the 10 Pro’s display, we get a bezel-free 6.7-inch curved AMOLED panel, complete with a dynamic 120Hz refresh rate for super-slick responsiveness to prods and presses.

The innovation here comes from an improved LTPO (that’s low-temperature polycrystalline oxide, for the scientists among us) display. Basically, this means the frequency at which the screen updates is even more reactive, as well as delivering around 90 minutes’ more battery life per charge versus last year’s model.

Another cool display feature is AI-adaptive brightness, meaning less manual fiddling for the display (which goes up to a searing 1,300 nits), to dynamically adjust for viewing in both outdoor and dimly lit environments.

With the ‘notch’ era firmly in the rear view mirror (at least in Android circles), the OnePlus 10 Pro opts for an unobtrusive hole-punch design for the selfie camera, nestled in the top-left of the display.

Sporting Corning Gorilla Glass Victus - understandably even tougher than the device’s rear - the OnePlus 10 Pro’s screen also sees an adjustment to the location of the under-display fingerprint sensor.

Perched precariously at the bottom of the OnePlus 9 Pro’s display, and combined with the otter-slick reflective body, it made for a bit of a balancing act to trigger on the go. Now placed centrally in the lower third of the OnePlus 10 Pro’s screen, it’s a lot more assured to use, as well as remaining lightning quick to register interaction from your digits.

The trademark OnePlus Alert Slider is present, if a little higher, on the right side of the phone’s frame, enabling instant switching between notification modes, and remains as satisfying as ever to tinker with.

Software feels distinctly different on first boot, with Oxygen OS 12 - a customised version of the latest Android release, created by OnePlus - delivering refinements and shortcuts to all your most important tasks.

Granular dark mode settings, an improved work / life balance mode for multitaskers and a widget-based ‘shelf’ offers all your essentials at a glance. But the underlying software has some unmistakable tweaks derived from the Oppo Color OS. Even the default colour for the device is no longer red.

Die-hard OnePlus fans will quickly tinker and tailor to regain the look and feel of their favourite brand. But it is strange to see some of those familiar views - the ‘about’ screen, the ordering of settings - move around ever so slightly to accommodate this new change in direction.

It’s fine for the uninitiated, but a bit disorienting for those who have been on the longer OnePlus journey. 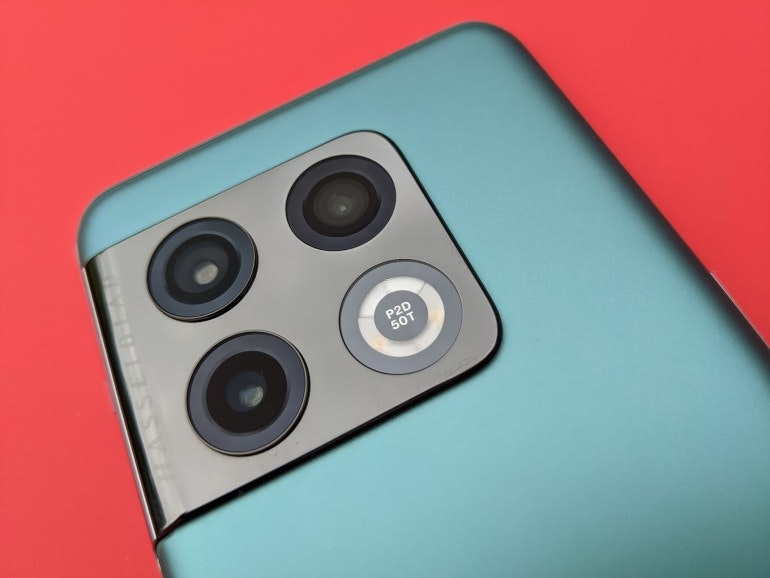 Camera credentials are front-and-centre for the OnePlus 10 Pro, marking a second year of close collaboration with illustrious snapper-maker, Hasselblad.

The main camera is a custom 48-megapixel Sony-built effort, capable of shooting in full 10-bit colour and tweaked for OnePlus perfection.

Next up is a 50-megapixel 110-degree Samsung ultrawide lens, which expands out to a whopping 150-degree field of view on command. It’s also equipped with a ‘fisheye’ mode so you can live out all your Hype Williams directorial dreams.

Paired with an 8-megapixel telephoto camera with 3.3x optical and 30x digital zoom, as well as optical image stabilisation, photos both at scale and from a distance prove no trouble.

We found images to be decent, but still lacking in a little detail indoors. The default shutter speed has been far improved over the 9 Pro, but it continues to have a tiny bit of lag, which occasionally prevented us from grabbing the ideal image from moving targets. 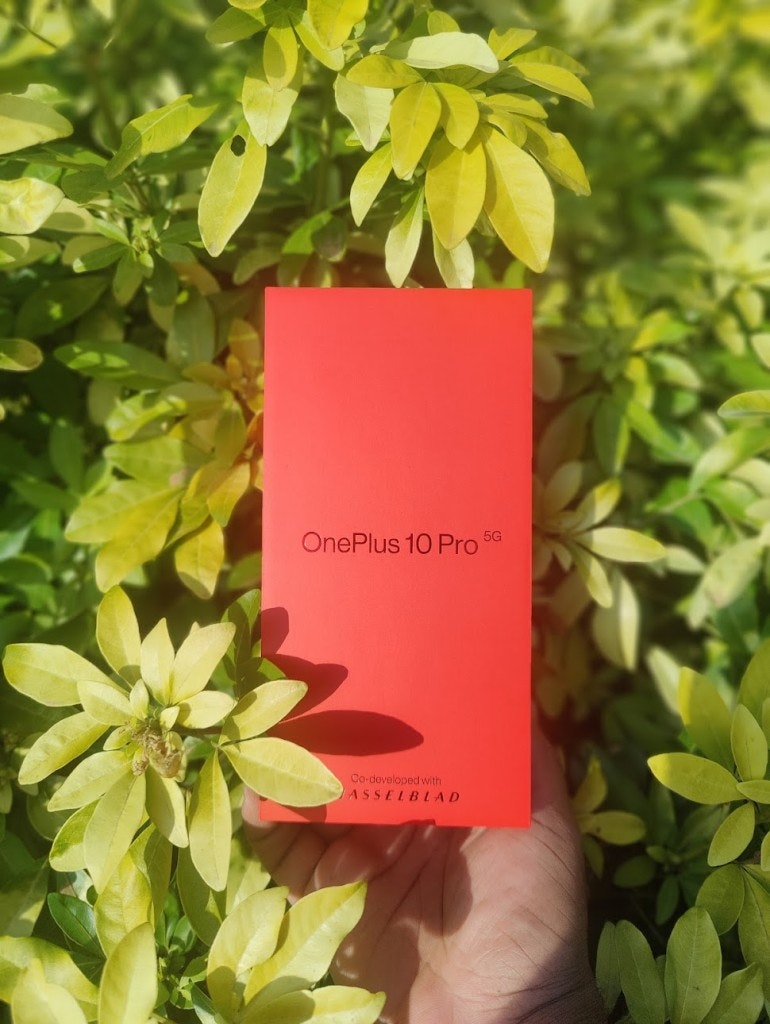 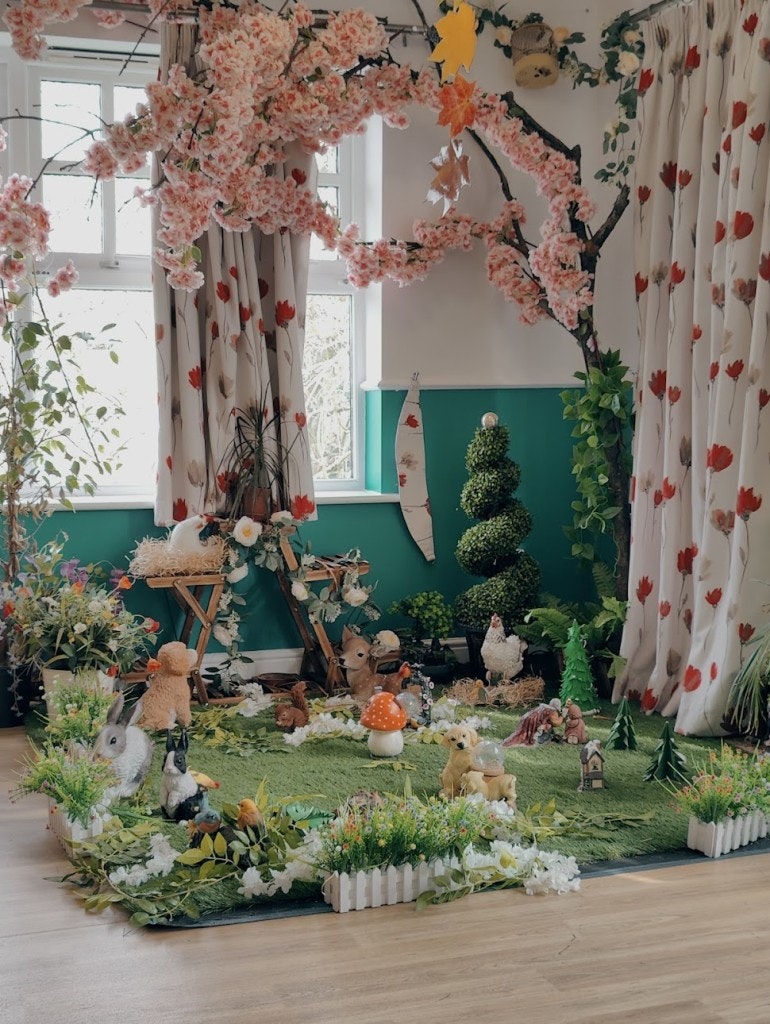 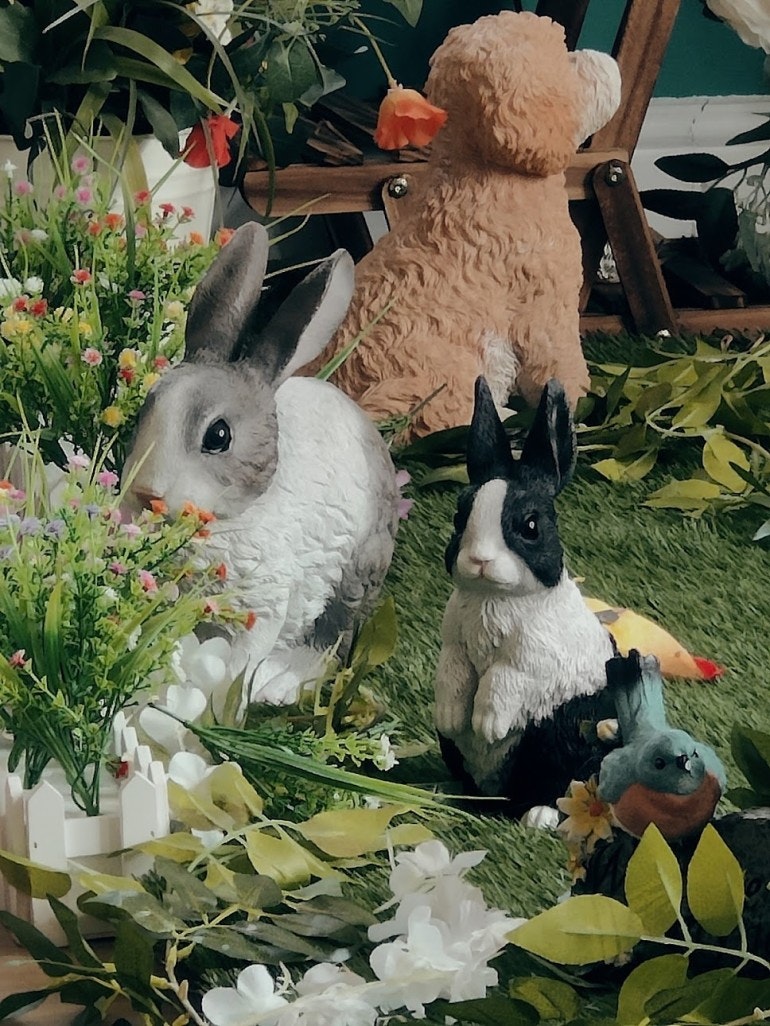 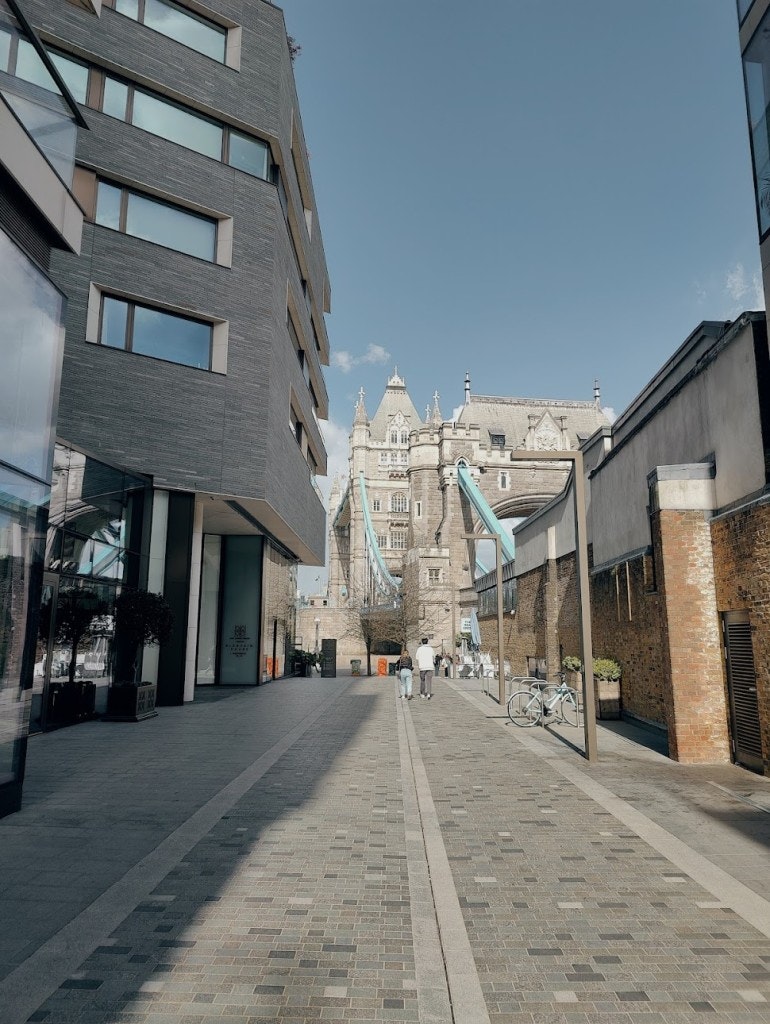 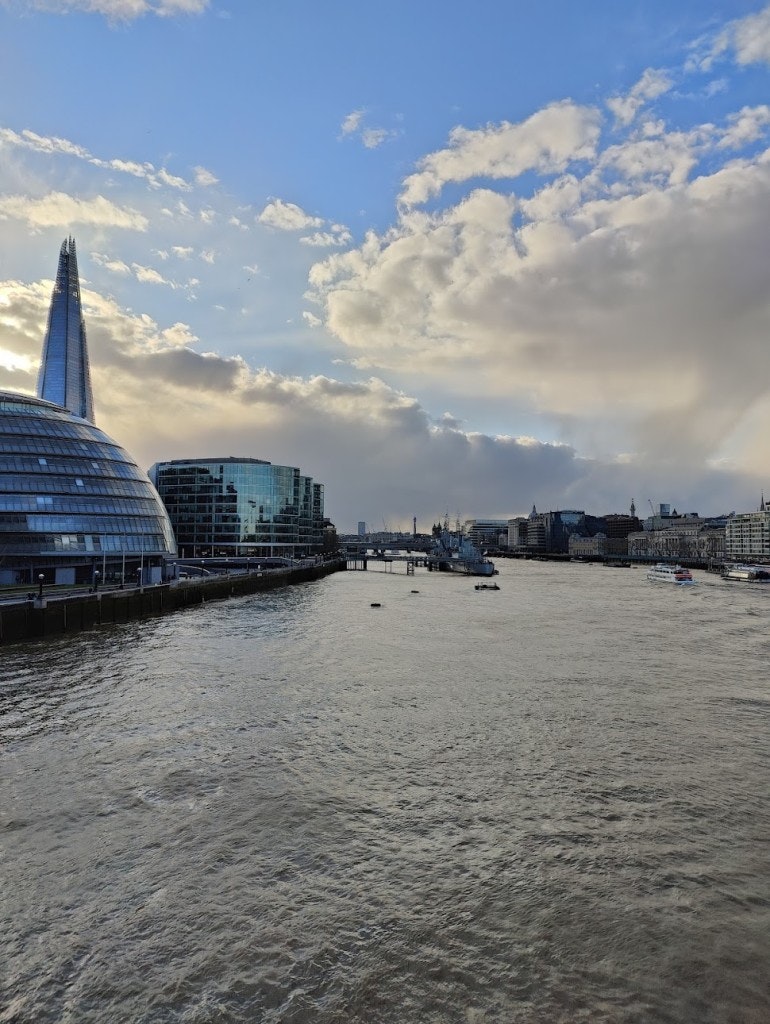 OnePlus 10 Pro camera sample the Thames and the Shard

Still imagery is impressive with good colour accuracy, as well as a display which more than handles the task due to its impressive calibrations.

The Hassleblad connection and innovation comes in higher-end customisation, with a fleet of bespoke filters, the ability to shoot in both 10-bit colour through all cameras and RAW format support to retain all of those fine details. It also gives you the chance to tweak your perfect shots in post-production.

Video is no slouch either, with the ability to shoot in both 4K (up to 120fps) and even 8k at 24 frames. The image stablisation is present here too, without too much manipulation to maintain a natural feel to tracking shots. 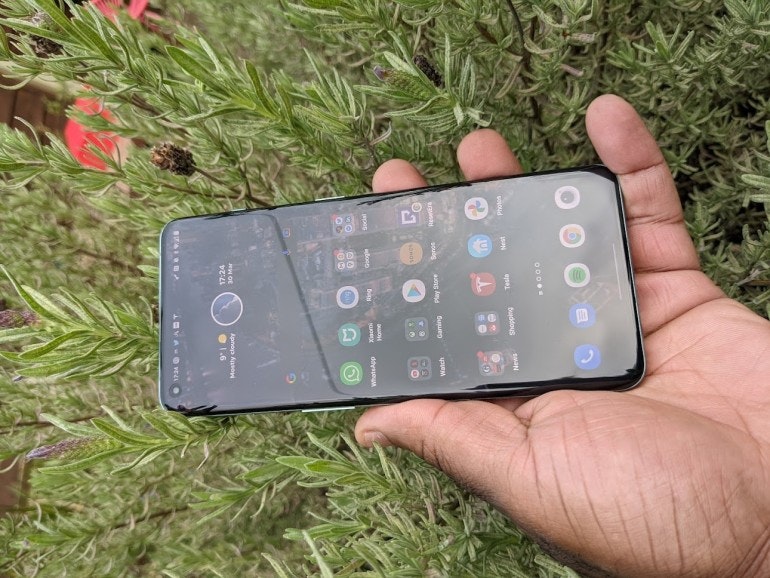 The OnePlus 10 Pro 5G boasts an impressive specs sheet, with Snapdragon’s latest 8 Gen 1 processor and either 8 or 16GB of RAM, and 128 or 256GB of (non-expandable) storage, depending on the variant.

This, combined with the display’s high refresh rate, delivers blistering performance on daily tasks, as well as the power for software-driven perks like resolution enhancement for video playback. There’s also a host of hardware-led frame rate and screen responsiveness enhancements for avid gamers.

When it comes to the battery, OnePlus has addressed earlier concerns head-on by packing in a hefty 5000mAh battery, the biggest ever in one of its flagship handsets.

Both these new brains and bigger battery do need a means of keeping cool, however, which sees OnePlus deliver an impressive new copper and graphene system that adds minimal heft. But it enables the 10 Pro’s innards to deliver effective performance even under stress.

Another example of “Oppo-fication” appears here, as we wave goodbye to OnePlus WARP charging, and introduce Oppo’s SUPERVOOC naming convention. This is entirely a welcome development when it comes to what the tech can do.

A new 80 watt charger, which is included in the box, offers incredible fast charging rates. It has the ability to go from 0 - 100% in a mere 32 minutes, and wireless charging from flat to full in only 47 minutes (the required 50 watt wireless mat isn’t included, however).

This means that enough charge to last you a day - roughly 60% or 15 hours of life - can be done in a scant 15 minutes, transforming how you use the 10 Pro in terms of sheer convenience.

A slight annoyance is that the charger reverts to a rectangular USB-A port on the plug itself, a bugbear for members of the Red Cable Club who thought earlier OnePlus wires might work here. But it’s a minor concession in the pursuit of more power. 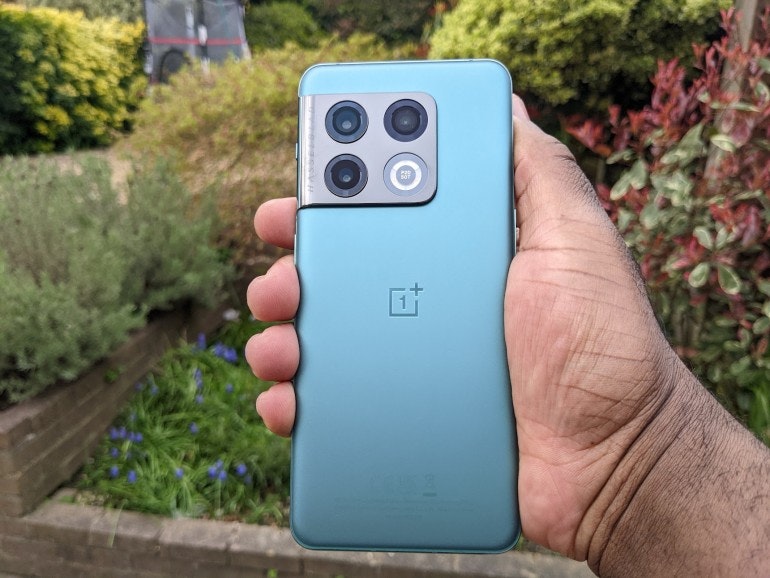 Keenly priced versus the flagship offerings from the likes of Apple and Samsung, the Oneplus 10 Pro 5G is an impressive all-rounder and marks the manufacturer’s stride into maturity. But doesn’t quite carve as distinctive an impression as earlier efforts.

Impressive battery and changing underpin a decent, albeit iterative, camera setup and the now expected strengths in screen resolution and refresh rates.

The OnePlus 10 Pro 5G makes for an obvious choice for cost-conscious consumers still looking for the best, as well as battery life that is tough to beat.

While some of the brand’s anarchic spark might be diminished in its bid to hit the big leagues, with some Oppo-led changes already apparent, OnePlus will certainly be one to watch as it continues its trajectory into the top tier of smartphone makers for 2022.

Android Marshmallow tips and tricks: 5 more ways to get the most from your phone

There's much more to Android Marshmallow than you realise.

Android Marshmallow tips and tricks: 5 ways to get the most out of it

It's easy to get more out of your phone.