You're on the website booking your holiday and your finger is hovering over the button that says 'Get Travel Insurance'. Now you have a decision to make. Your mind scans a variety of disaster scenarios: you could miss your flight, you could injure yourself or get sick.
Share this guide 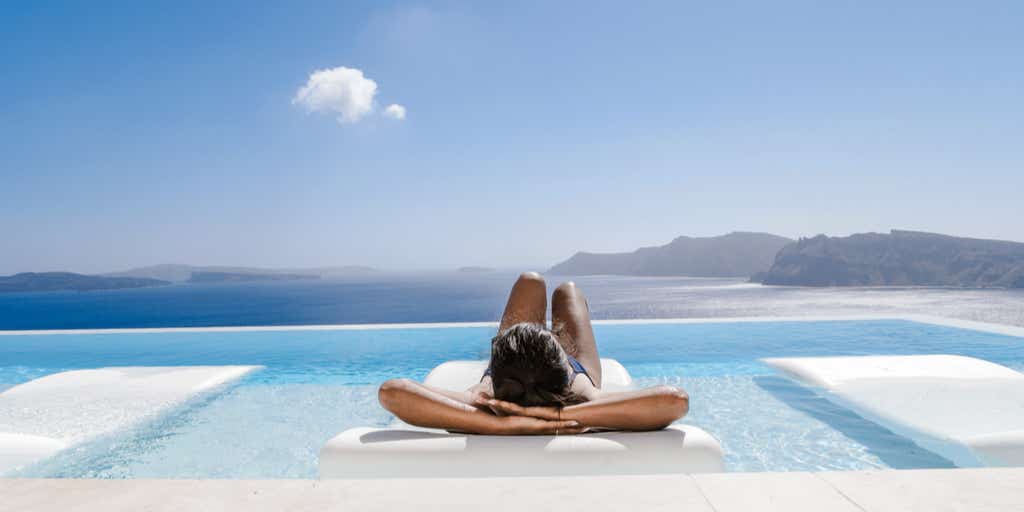 Usually you're a sensible person, so you might decide to wing it without travel insurance. That would be a bad idea.

Search for annual or single trip travel insurance with Uswitch and theIdol.com*

Do you need travel insurance?

Isn't there something about holidays that encourages us to throw caution to the wind? We get more experimental, and we do things we've never done before.

From the safety of your own living room we might think we would never have the guts to risk taking a trip down the black piste. Or even go camping in the desert without all the appropriate equipment, or jump on a stranger's moped wearing only a bikini. But as soon as we go on holiday we suddenly become more invincible.

The risks of not taking out travel insurance

Here's the moral of the story. Travel insurance doesn't take the problem away but it might be worth it in the end, as in these ten cases. We can learn an important lesson from these victims of unexpected turns of fate. Most of them got their travel insurance to pay out.

So if you're not going to take out travel insurance, here's what we recommend:

1. Wear a helmet at all times

In Sri Lanka a lady was calmly sitting under a palm tree reading a book when a coconut fell on her head. She was duly hospitalised. Luckily her insurer covered her medical costs.

The travel insurance company paid out compensation to a man who walked straight into a bus shelter in Athens. He was honest enough to write on his claim that it was because he'd been distracted by a group of girls wearing bikinis.

3. Don't leave kids to their own devices

This family might have had a beautiful video of their trip to Cornwall, if it hadn't been for the children burying their video camera in the sand while they went for a swim. Then they forgot where they'd buried it. Luckily the insurance covered the loss, and they got the full £600 in compensation.

A bride caught fire when her beautiful wedding dress came slightly too close to the BBQ. Naturally the synthetic material went up in flames. Her loving husband saved the day by picking her up and throwing her into the sea. Thankfully, the insurance pay out went some way towards compensating for the disaster.

In the depths of the Malaysian rainforest a couple found that their clothes had been stolen from their lodgings by monkeys who had distributed them all over the jungle. The couple were compensated for the incident.

A lady managed to get a pay-out from her travel insurance company for lack of snow when she arrived on the piste. Having bought a set of new skis for the holiday, it only seemed right to be compensated for the disaster.

A lady visiting a bar in Greece suffered third degree burns by standing over a bar that intermittently went up in flames as a novelty feature. There was a warning alarm, but she hadn't understood it. The insurance did pay compensation.

One pensioner lost his dentures over the side of a cruise ship during a bout of sea sickness. Another cruise passenger suffered a similar fate when a great gust of wind whipped them out of his mouth. Apparently he was singing at the time. Both pensioners were compensated for their loss.

Two separate families claimed for damage after animals developed an unfortunate attraction to their vehicles. One couple in Devon claimed for damage to paint work for their car after cows had licked it. The second family had their windscreen head-butted by a deer who was attracted to their tax disk.

Search for annual or single trip travel insurance with Uswitch and theIdol.com*

If you have a pre-existing condition, you can still get a quote. These conditions could include cancer, stroke, serious heart, respiratory and terminal conditions.

Some insurers might not cover you if you already have a serious medical condition, or if you have a number of conditions. Others might only offer insurance at a much higher price. If you're unable to find suitable cover, the Money and Pension Service (MaPS) has also set up a directory of insurers willing to cover customers with pre-existing medical conditions.

*To help you compare travel insurance policies and find the right cover for your requirements, Uswitch has selected theIdol.com to provide you with quotes. Quotations are provided by theIdol.com on a non-advised basis. This means that no advice is given or implied and you are solely responsible for deciding whether the policy is suitable for your needs. theIdol.com is a trading name of Investment Discounts Online Ltd and is registered in England and Wales, registration number 04231834. Registered address One Coleman Street, London, EC2R 5AA. Authorised and regulated by the Financial Conduct Authority, registration number 197451. Investment Discounts On-Line Ltd is part of the Legal & General Group. This can be confirmed at http://www.fca.org.uk/. View theIdol.com's Our Services Document, Privacy policy and Terms & Conditions.