Our review of the Vodafone GigaCube, a 5G broadband service offering ultrafast speeds without a fixed line connection...
Share this guide 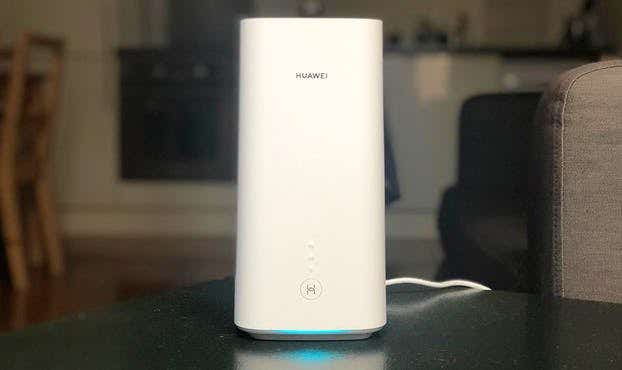 5G home broadband is the latest of many new ways the internet in the UK is speeding up to levels never before seen in this country. And with new products like Vodafone’s GigaCube hitting the market, it could be coming to you soon.

Not only does the UK have full fibre to look forward to over the next several years, but a wide range of new options for ultrafast broadband — deemed 100Mbps+ by many providers, but defined as 300Mbps+ by Ofcom — is emerging all over the country.

Some, like full fibre, use fibre-to-the-premises (FTTP) technology, some use better quality cables from the street cabinet to your home (Virgin Media) and some, understandably at this point, use 5G. We’re starting to see some incredibly fast mobile broadband offerings from UK network operators, where entire households will be able to access the next generation of mobile connectivity, not just smartphones.

What is 5G home broadband?

5G home broadband is the latest evolution of ‘mobile broadband’, where a household’s router connects to a mobile network for internet access instead of a ‘fixed-line’ broadband installation, like with providers on the Openreach network (BT, Sky, TalkTalk, and others) or Virgin Media.

While 5G has been available in some places for the last couple of years, it still has a very low uptake due to its small coverage area and cost, so the majority of people don’t currently own 5G-enabled devices. However if your home has coverage, a 5G home broadband router will give you ultrafast speeds without the need for any 5G devices, and without you having to set up a fixed-line broadband connection.

Read our 5G home broadband guide for more detail on how it works. 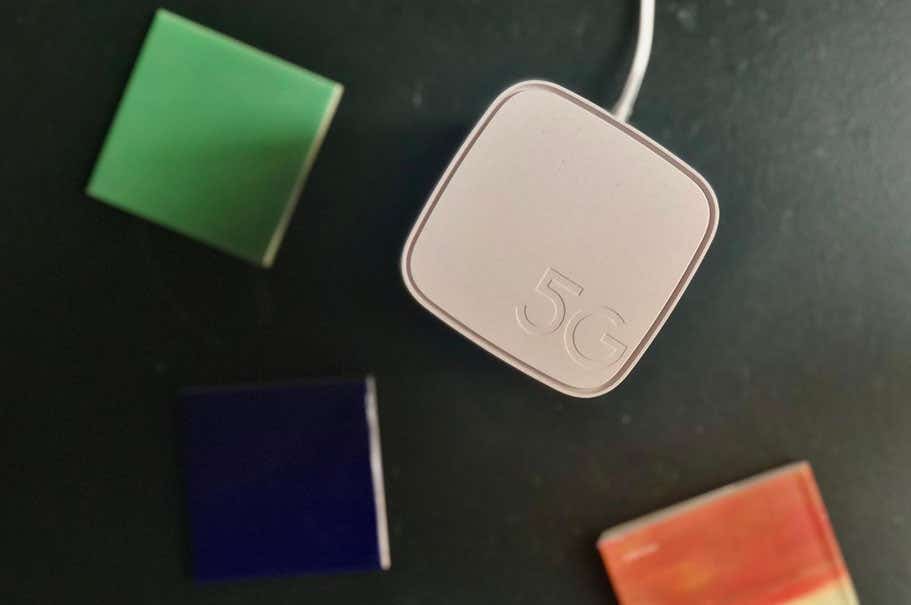 Vodafone is one of a small number of mobile network operators expanding their services into the home broadband market. It already offers fixed-line broadband through the Openreach network, but recently it’s started making use of its nationwide mobile network coverage to offer mobile broadband, and primarily 5G broadband, to eligible users.

GigaCube is Vodafone’s answer for customers whose homes can’t access the speeds that they want with a fixed-line connection — whether that’s because the property can only get slow, copper-based, ADSL broadband or because they can’t get broadband speeds faster than 70Mbps.

Here’s what I’ve learned from my experience so far with this new 5G offering from Vodafone.

An often overlooked point to make in reviews comes before even opening the box. The process of actually buying and receiving the product certainly adds to the experience you’re getting, and just purchasing the GigaCube itself turned out to be quite an interesting one.

At the time of writing, you can purchase a GigaCube contract online, but you’ll need a member of Vodafone’s commercial sales team to help you do it. When visiting the GigaCube site, you need to click on the ‘5G’ section to see the three options (which are split by data limits), but there’s currently no button to actually buy any of them.

Instead, the site said that to get GigaCube I had to speak to the team through its ‘Live Chat’ function, but that wasn’t available to click on either, so I had to open a new tab and visit Vodafone’s customer services page to start a conversation.

After being passed around a couple of teams, I was eventually put in touch with a sales representative who was able to organise the entire purchase through Live Chat and send the GigaCube router for next-day delivery. Compared to the initial faff of working out how to buy it, this process was quick, smooth and hassle-free.

There may well be a reason why Vodafone seems to be making it difficult to buy GigaCube — it’s quite a new offering, after all — but it must surely lead to a few ‘drop-outs’ of customers who might lack the persistence to get it done.

Setting up the GigaCube was quick, easy and painless. It did come with surprisingly few instructions compared to other routers I’ve set up before — something savvy tech users would be fine with but it could potentially be intimidating for less experienced customers.

This also suggests why initially purchasing the service took some deep-diving too — it could be that Vodafone is softly launching it so eager early tech adopters can effectively ‘trial’ it first. Just a theory of course, but being such a new service, it wouldn’t be surprising if this was the case.

The box comes with two small setup and safety manuals, an ethernet cable, the 5G router and the 5G SIM card, which you need to reduce to ‘Nano-SIM’ size in order to fit into the SIM-card slot. Once inserted, all you need to do is plug the router into the wall and connect to it using the Wi-Fi password provided on the label at the bottom, just like you would with any other Wi-Fi router.

You’ll then be encouraged to visit the router’s settings page on your browser to set up your internet access, where you can also change your password and adjust network settings, should you want to.

Remember that 5G is a less-penetrative signal than 4G is, so you might have to go through some trial-and-error with finding the place in your home that has the strongest mobile connection. The router will display red, yellow or green lights on the front to indicate how strong the 5G and 4G connection is in its current position. Pro tip: near a window usually helps.

Once done, you’ll officially have 5G. 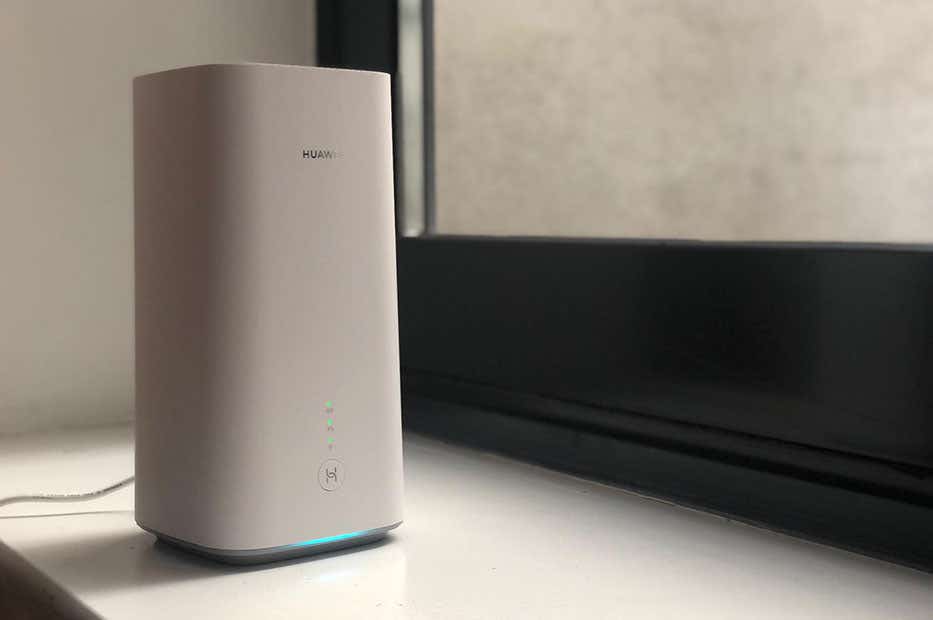 It’s definitely worth noting that the router used for GigaCube isn’t a bespoke Vodafone router; it’s a Huawei 5G hub, as is the case with both Three and EE’s 5G home broadband offering. There aren’t many 5G home routers available right now, and Huawei’s one is so universally effective compared to similar products on the market that it just makes sense for these providers to use this top-quality kit.

The CPE Pro can handle up to 64(!) internet-connected devices at once, which is surely more than enough for any household. It has two ethernet ports if you want to set up a wired connection and its Wi-Fi range seems strong and accessible from just about anywhere in the home.

Since this is simply just a physical home router made by Huawei, it’s not expected to be part of the removal of Huawei equipment enforced by the UK government this year. Andrew Palmer, Director Consulting Expert at global IT and business services provider CGI, explains:

“As well as network equipment, Huawei also supplies what is termed as Customer Premises Equipment (CPE) including routers, gateways and set top boxes. There has been no forecasted impact on these devices as they are not reliant on a Huawei connectivity solution.”

Essentially, since the Huawei ban is focused on removing Huawei networks, idle products manufactured by them that exclusively use trusted UK networks (like Vodafone and Three) won’t be included in the operation.

Hopefully this should settle any concerns about Huawei’s access to your personal details through the 5G CPE Pro as well — since it doesn’t utilise any of its networks, there is no access it could have in the first place.

Internet speed is something that Vodafone doesn’t specify on its GigaCube site, so buying the product did feel like a bit of a gamble. However after many speed tests throughout the day, GigaCube’s average 5G speed seems to hit around 150Mbps, which makes a fantastic difference compared to the maximum average speed of 10Mbps that a fixed-line connection can give my property.

A connection this fast will allow for multiple users to stream, game and download in the highest quality possible at the same time, so there shouldn’t be any arguments over who gets to use the internet and when, unless you’re in a large household full of impatient heavy internet users.

You may have seen headlines and attractive adverts for 5G saying that it’s capable of gigabit speeds (1Gbps and higher), and while that is definitely true, 5G speeds as high as those are a lot less accessible than the speeds offered by most 5G services.

The best way to explain this would be by differentiating the two main ‘types’ of 5G, Sub-6 GHz and mmWave, which operate on different parts of the radio frequency spectrum:

Hopefully this explains why 5G home broadband is, for now at least, much better suited to slower 5G speeds. Still, 150Mbps is miles faster than most broadband connections in the UK today.

For more info on 5G speeds, take a look at our dedicated guide.

While mobile broadband is a revolutionary, speedy option for those who have poor availability of the more traditional, fixed-line networks, it doesn’t match up when it comes to reliability and consistency.

This is a limitation of mobile broadband more than it is of GigaCube itself, but the speed can fluctuate quite immediately and violently throughout the day, causing some speed tests to turn up less than 10Mbps and some to reach over 200Mbps. These changes are so quick that they often go unnoticed, but it definitely became apparent when using specific devices in the home.

This is made more complicated depending on what members of your household are currently using the internet for — if you’re browsing the web or scrolling through social media and another user is watching a high-quality YouTube video, most of the bandwidth will go to the YouTube video because it needs more internet to continue loading without buffering, leaving you stuck with a page that isn’t loading for a very short period of time.

These are only small blips in the day, but they happen regularly enough to notice and therefore become frustrating at times.

GigaCube is a little expensive in comparison to other 5G home broadband offerings, and it’s mainly because the monthly price is split by download limit rather than speed:

Though 100GB and 200GB download limits wouldn’t risk any excess fees for the majority of users, limited broadband offerings are so rare nowadays that it can be tempting to opt for the unlimited option just to be on the safe side, even if you realistically might not need to.

However, Vodafone doesn’t charge any upfront or setup fees for the service, whereas other providers do, so at least it’s comforting to know that you just have to deal with the monthly bill from the very start.

5G home broadband is so dependent on each network provider’s (limited) 5G coverage that the majority of households, if they are lucky to have it available, will often only have one provider available to them. So rather than tell you whether you should choose GigaCube over Three or EE’s similar 5G offerings, it’s best to simply assess whether it’s right for you.

The two ‘dealbreakers’ to be aware of will understandably be the coverage and the price. It’s not available in many areas, and if it is, it’ll put a bigger dent in your finances than most fixed-line broadband options. However, if you’re fine to pursue knowing both of these things, here are some situations where it’ll be great for you:

5G home broadband is still in its early stages, and can only grow as network operators increase their 5G coverage across the UK. If you’re not covered by 5G yet and your broadband contract is coming to an end, it’s not worth waiting for it just yet, since a wide UK coverage is still many years away.

Compare broadband deals with Uswitch to see what options you have today.