How to pay your friends using your mobile phone

Nowadays, it’s a lot easier to send money to friends and family with your smartphone. Thanks to enhanced security features, such as fingerprint and facial recognition, we’re able to safely transfer funds to our friends’ accounts without using a laptop or visiting a bank.

If you’re a first-timer, or worried about just how secure these services are, read on and we'll walk you through the process of paying your friends and family using your phone.

Whether you’ve got an iPhone, Android device or just want to use mobile banking, we’ve got you covered.

While iPhones and Android phones support a range of mobile banking apps, which you can use to send money to friends and family, you won’t be able to use your phone’s Wallet apps to do so.

Only people living in the United States can send money directly to contacts via their smartphone, because the country’s banking regulations have allowed it. The UK is looking into the idea, but currently its banking laws do not allow payments to friends through apps like iMessage, Google Wallet or Facebook Messenger.

This means that while you can log into your personal bank’s app to pay money, you can’t do it straight from your phone’s Messages or Wallet app just yet, if you live in the UK.

Apple, Google and Facebook have the technology ready to go. So it is thought that once UK regulations permit the feature, it won’t be long after that UK citizens can pay contacts with their mobile phone. But so far, no date has been announced.

You’ve probably never heard of Paym. But it’s the service that's paved the way for easier mobile payments for banks and building societies, just by using your mobile number.

If you bank with Bank of Scotland, Barclays, Clydesdale, Cumberland Building Society, Danske Bank, First Direct, Halifax, HSBC, Isle of Man, Lloyds or Nationwide, you can set it up within your bank’s official app.

You’ll need to register your number directly with your bank to receive money.

Once that’s done, the sender can simply select your name and number from their contacts while using their banking app, without having to pop in a sort code or account number, and choose the amount they want to pay.

Both sender and receiver then get a notification that the funds have been transferred.

Apple Cash lets people send money to their iPhone contacts. It works through either iMessage or the Apple Wallet app, and lets you pick a specific amount of money to send to a friend or family member.

Both the person sending money and the one receiving it will need an iPhone with a verified bank card attached to their Apple Wallet. They’ll also both need to be signed into their iCloud account.

To verify the payment, both participants need to pass the usual two-factor authentication — which is either their fingerprint or Face-ID, and then a six-digit code that they will have to input to prove they are part of the transaction. 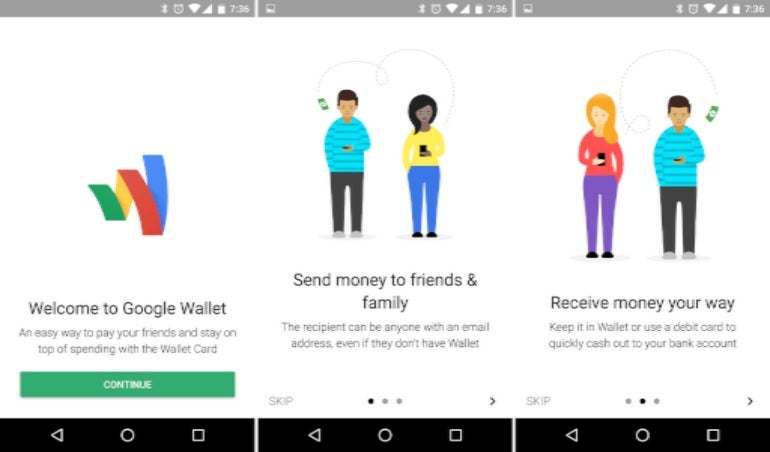 Google’s new Android Pay service has been garnering plaudits from all corners.

You’ll need to ensure you have a Google Wallet account, which you’ll be prompted to set up the first time you hit the '£' icon to send money via email.

The money you receive will be added to your Google Wallet Balance, which you can then disburse to your bank account by adding your details.

The first time you use Google Wallet, you’ll be asked to set up a PIN for transactions, which we recommend you use every time you send money.

It's really easy to get to grips with. And best of all, people you’re sending money to don’t need Gmail, just a Google Wallet account. 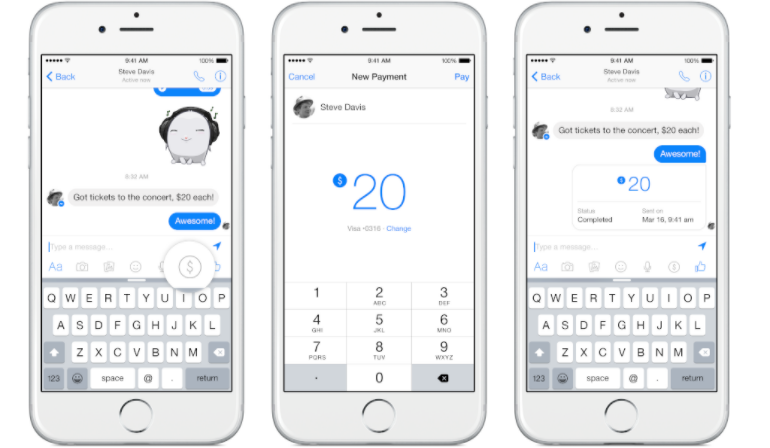 Facebook has allowed its US users to send money to each other via its Messenger app for over a year now.

The service is simple to use.

Tap the '$' icon, pick a contact you want to pay and the amount you want to send, add your debit card details and away you go.

Those receiving their money simply need to open their Messenger app and add their card details to get the funds.

The only problem is that Facebook Messenger payments haven't launched here in the UK yet.

However, with Facebook said to be plotting a new Apple Pay–style service for buying goods in–store, a launch on this fair isle surely isn't too far away.