How to choose a mobile phone contract

Contract mobile phones are one of the best ways to get a really up-to-date handset and a great deal on your calls, texts and internet.

With a mobile contract, you could get the latest iPhone, Samsung Galaxy, HTC or Sony smartphone for a much smaller initial outlay than buying it outright. In fact, in many cases there's no upfront fee to pay at all.

With so many good value deals on phone contracts across all the networks, it can be tough choosing a handset and contract combination. Our guide should help you understand how to get exactly what you are after in a contract mobile phone.

What are contract mobile phones?

Having a contract phone means that you pay a single monthly fee for a fixed period of time. Most mobile phone contracts are set at either 12 or 24 months and provide mobile customers with a handset and a monthly allowance of calls, data and texts.

When opting to go for a contract, you simply choose the package of minutes, texts and data that you think will best suit you, and you pay a fixed price for them every month.

The great thing about contract mobile phones is that you never have to think about topping up your mobile phone or worry about running out of credit.

Even if you find that you use up the inclusive minutes in your contract, you can still use your phone to make calls or send texts and will be billed for those calls and texts at the end of the month.

Read our guide to pick the best phone contract that meets your needs. 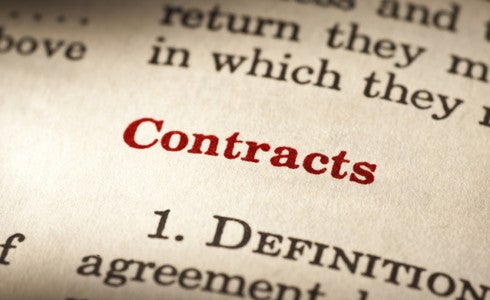 Why choose a contract phone?

For many people, a free handset is the chief advantage of a monthly contract. These are available with almost contract, and there is always a large range of smartphone models to choose from.

However, if you want the very latest mobile handset, it's worth bearing in mind that you may have to pay a small one-off fee on top of the contract fee when you sign up.

There are no hard and fast rules about this, but sometimes there is a price to pay for owning the newest mobile phone on the market.

Even though you will be charged for any calls and texts over those included in your contract, most people find that whatever network they are with, they still get a cheaper mobile phone deal by switching to a mobile phone contract from a Pay As You Go phone. 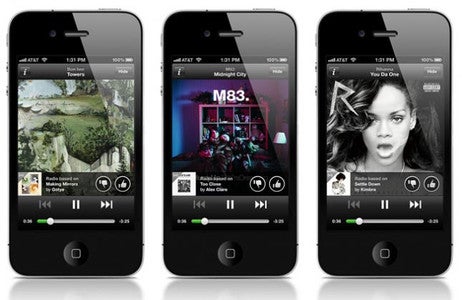 Many mobile networks offer a range of extras and free gifts when you sign up for a contract mobile phone with them.

These could be hands-free headsets or accessories packs or even PlayStation 4 or Xbox One consoles. This is becoming less common today though and vouchers or cashback tend to be the norm.

Some carriers also offer rewards schemes or value-adding benefits, such as two-for-one cinema tickets with EE or free Spotify with Vodafone. Keep an eye out for contracts with free gifts on our contract deals comparison page.

The downside of monthly contracts is that over the course of the contract term, the total you pay out is much more than if you'd bought the phone outright and then signed up for a SIM only contract with the same allowance.

Our research shows the difference in cost over the two-year contract can be hundreds of pounds.

However, because new smartphones can cost £600-700 to buy outright, not many people have that sort of lump sum spare and prefer a monthly contract deal because they're able to spread their payments.

Not what you’re looking for? Check out all our mobile phone deals and offers instead.

You can also read our guide to the best mobile contracts for more information.

There's a common misconception that you can get a mobile phone on contract without having a credit check. Mobile phone providers will check your credit score before accepting your application to make sure you'll be able to make the monthly payments.

You can take steps to improve your credit score if you find yourself turned down for the contract. Read all about what to do if you’ve been refused credit in our dedicated guide.

Some options open to you if you're looking for contract phones with bad credit is to get a low end handset as providers see them as a lower risk if payments aren't made on time. SIM-only contracts are also better for people with bad credit as there’s no mobile phone involved in the deal.

Live Caption accessibility - everything you need to know

All the info you need about captions, subtitles and more on your smartphone.

What is Wi–Fi calling?

No mobile internet connection? No problem.