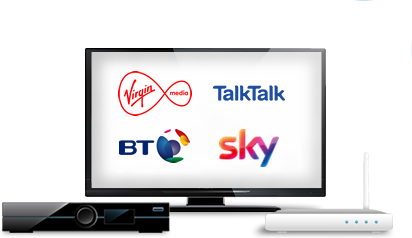 What do I get with BT Sport?

It's important to note that the Premier League matches on BT Sport are different to those on Sky. So if you want to see every game broadcast live over the course of the season, you may want to add Sky Sports channels to your bundle.

How do I watch BT Sport?

Every TV provider has a BT Sport add-on so you can get BT Sport on your TV, no matter who your provider is. Find out more about how to watch BT Sport in our dedicated guide.

On a laptop, desktop, smartphone or tablet

If you subscribe to BT Sport, you'll get access to the BT Sport app and web player so you can watch BT Sport no matter where you are.

If you already have a Sky box, you can receive BT Sport through this. Customers with Sky TV boxes who already take BT broadband can pay extra per month to watch it on their TV.

Sky TV customers who take their broadband from a provider other than BT will be charged a higher price per month.

I'm with BT already for broadband. How do I get BT Sport?

You can add BT Sport to your package in one of two ways:

In line with BT Sport pricing for Sky customers, expect to pay extra per month for the four standard BT Sport channels and more for their HD versions.

Based on the novels by Philip Pullman.

What’s on Netflix in March

There’s plenty to get your teeth into.

But misses out on Best Picture.

Enter your UK postcode to check which home tv deals are available in your area:

Can we help you?

Our UK based call centre staff can provide expert help to find a deal that matches your needs.