What are the best and cheapest first cars for new drivers?

Every driver remembers the first car they owned, and choosing the right car and insurance group as a new driver is a big decision. Read on and learn about the best first cars for new drivers in 2018, whether you're in the market for a brand new model or are on a second-hand budget.
Share this guide

What are the best and cheapest first cars for new drivers?

How to choose the best cars for new drivers

Choosing your first car can be an exciting, as well as daunting, experience. Here’s what to take into consideration, when thinking about the best cars for new drivers.

Every driver remembers the first car they owned, and choosing the right car and insurance group as a new driver is a big decision.

It’s not just the purchase cost you have to consider when buying your first car — you also need to factor in insurance, running costs, MOTs, road tax, and any repair costs.

Read on and learn about the best first cars for new drivers in 2021. Whether you're in the market for a brand new model, or are on a second-hand budget. 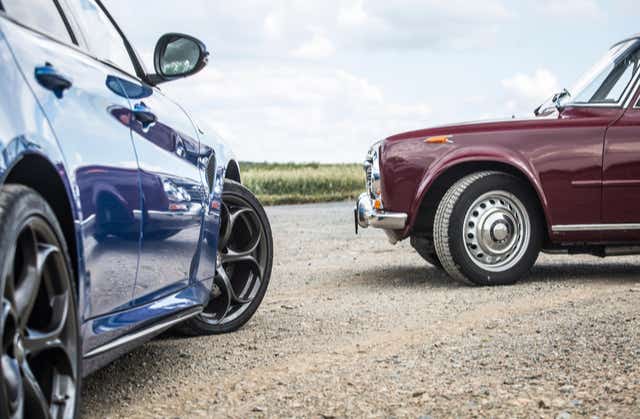 What to look for when buying your first car

Car insurance is one of the biggest cost considerations for new drivers — first time car insurance typically costs more until you’ve gained some experience, as you’re considered a higher risk driver in your first year on the road.

Thankfully, you do have some control over your insurance costs, and you can keep them as low as possible by choosing a car that’s cheap to insure.

Cars are grouped in categories from 1-50 based on how expensive they are to insure (with 1 being the cheapest).

You can learn more about car insurance groups here.

The good news for new drivers looking for a cheap first car is that cars in lower insurance groups are typically more affordable to buy.

Should I choose a petrol, diesel or electric first car?

You may be better going for a petrol car over a diesel car. As a new driver, chances are you are going to be looking at a smaller car, of which there are fewer diesel models available, as the diesel car becomes less fashionable.

Diesel cars are more economical, but you will need to be travelling long distances for the savings to kick in. Some petrol engines have the option of a stop-start, which can take some getting used to, but will offer some fuel savings.

Electric cars are the future - with cheaper fuel costs - but they still suffer from limited range compared with more traditionally fuelled vehicles. They also take longer to fill up and there are fewer public charge points to use during a long journey, or while away from home. They tend to cost more to buy and insure - although over the longer term you can make savings thanks to cheaper fuel and running costs.

However, following the announcement of the diesel and petrol ban, the government have pledged extra grants for electric car buyers and investing more money on charging points.

In 2020, Boris Johnson said, there will be a ban on all new cars and vans that are powered by petrol and diesel, whilst some hybrids will still be allowed. This will form what Johnson calls the "green industrial revolution".

What are the best new first cars?

One of the most important things when deciding on the best first car is your budget — both for purchasing the car and insuring it. If you can afford to buy a new car, there are some great options in low insurance groups. Here are some of our top picks:

The VW Polo regularly tops the charts of the most reliable small cars. It comes with a 1.0-litre, 80hp engine and falls into insurance group 1. All new Polos come with automatic emergency braking, which means they have a full five star Euro NCAP crash rating. A new VW polo could set you back £15,800

The Micra, which was revamped in 2017, is a model that's always been popular as a first car for new drivers. The new Micra is available from £12,485.

This rivals the Micra in terms of first car popularity and starts from new at £13,025. It's in insurance group 1, meaning it’s a good choice for first time car insurance. The compact i10 is easy to park, making it one of the best first cars for new drivers in cities and built-up areas.

Another classic first car choice, the latest iteration of the Ford Ka still appeals to new drivers. The Ka+ costs from £11,050, and includes models in insurance groups one and two, making it one of the cheapest cars to insure. 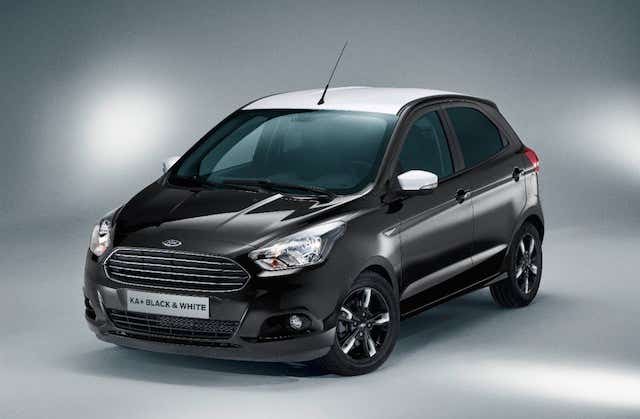 The Ford Fiesta is the UK’s best-selling car and the newer versions include the MyKey system, which allows parents to restrict the car’s maximum speed as well as the stereo volume, and it includes a seatbelt reminder. New Fiestas are priced from £16,645.

New drivers looking for a cheap first car often find the best bargains on used models. If you’re looking for a used vehicle, you can still get a bargain by choosing a model in a low insurance group to keep the cost of your first time car insurance as low as possible.

With a budget of £5,000, you can get a good-as-new first car in a cheap insurance group. Here are some examples:

The Dacia Sandero is officially Britain’s cheapest new car, starting at £5,995 and meaning you can get a nearly new model on a £5,000 budget. The Sandero is more spacious than your typical first car and has models in insurance group 2.

If your budget won't stretch to a new Ford Ka+, you can pick up a three-to-four-year-old previous generation model for less than £5,000 on the second-hand market, with most in insurance group 2 or 3.

The 1.0-litre Toyota Aygo is a compact city car in insurance group 2. With a budget of £5,000 you should be able to find a model that’s less than five years old. 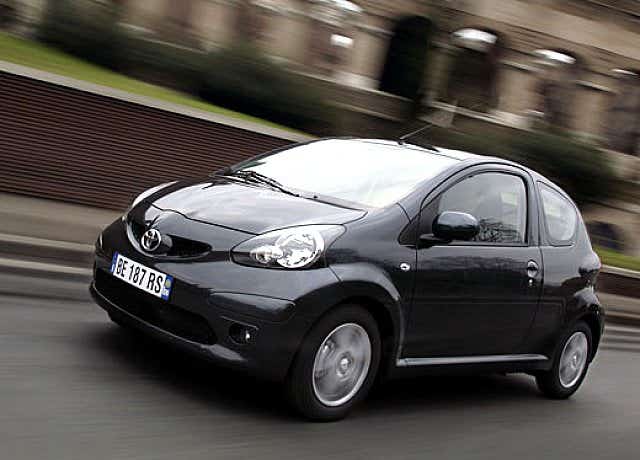 With a smaller budget, you can get a good first car with a few more miles on the clock. Some of the best first cars for under £3,000 include:

The Corsa has always been a popular first car for new drivers, with some hatchback models in insurance groups 1 and 2. With a £3,000 budget, it's possible to pick up a post-2010 model that's covered less than 50,000 miles.

The entry-level Chevrolet Spark is cheap to insure as it's in group 1, and you can pick up a model in good condition under your budget.

Also in insurance group 1, the Citroen C1 is another cheap first car. For just under £3,000, you can easily find a 2011-12 registration C1 in good condition. 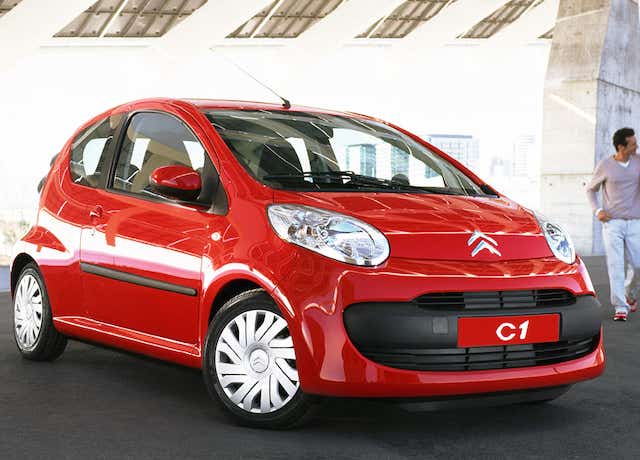 It’s possible to get a good first car for under £1,000 if you do your research — but bear in mind these are likely to be older models so could be subject to more repair bills. If you’re looking for a cheap first car and choose an older vehicle, make sure you have adequate breakdown cover.

Skoda’s 1.2-litre Fabia Classic, Silverline and Blueline models are in insurance group 2, and you can pick up a 2006 version in triple figures.

The 1.1-litre Panda is in the lowest insurance group — it’s affordable to buy too, with examples from 2006 coming in under budget.

The 1.2-litre VW Polo from 2002 onwards is in insurance group 3. You can get a 2006 model for under £1,500, making it a great option for those looking for a cheap first car with the desirable VW badge.

No matter which car strikes you as the best car as a new driver, see if you could save by comparing first time car insurance quotes.