The future of diesel cars

With attitudes and legislation towards diesel fuel changing, what does the future hold for diesel cars?

The future of diesel cars

Should I buy a diesel car?

What will happen to diesel cars?

The UK government has announced plans to ensure all new cars are "effectively zero emission" by 2040.

Should you buy a diesel car?

The government proposals are just some of the latest actions demonstrating a changing attitude towards diesel engines.

According to The Society of Motor Manufacturers and Traders (SMMT), registrations of diesel vehicles have dropped by 60% so far in 2020. This comes amid controversy around the fuel and its effect on the environment.

When will diesel cars be banned in the UK?

Although an outright ban is not yet in place, legislation has been introduced that does make owning a diesel car more expensive. In other countries, as we will see, some governments have pledged to ban diesel vehicles by 2025.

The Covid-19 pandemic appears to have sped up some of these proposed changes.

Temporary increase to the T-Charge during the Covid-19 Pandemic

Due to the Covid-19 pandemic, from 22 June 2020, the Congestion Charge will temporarily increase to £15 and hours will be extended, operating from 7am to 10pm seven days a week.

This is part of the government and Transport for London’s attempt to get more people walking or cycling to work.

The mayors of Paris, Madrid, Athens and Mexico City have pledged to ban diesel vehicles from their respective cities by 2025.

Following a further change to the rules on tax and electric cars in April 2020, all electric cars with zero emissions are now exempt from Vehicle Excise Duty (also known as car tax), but some petrol and diesel car owners will have to pay a higher rate. 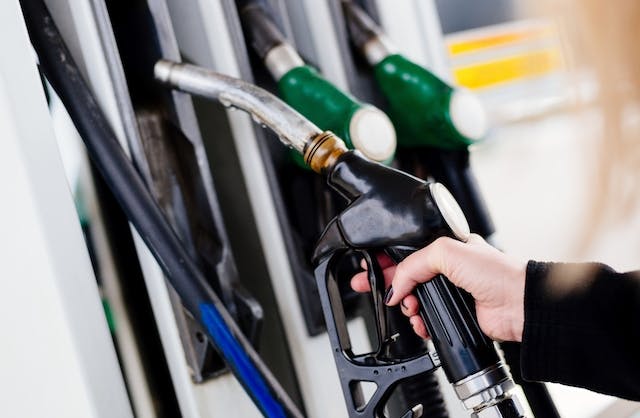 The latest actions to discourage motorists from using diesel prove the tide has turned against the fuel in recent years but there are still a large number of diesel cars being sold and there is a second-hand market for diesel cars.

Why are there so many diesel cars on the roads?

The environmental focus in the early 2000s was to reduce carbon emissions, which led to a push away from petrol and towards diesel.

Why are diesel cars bad for the environment?

While CO2 emissions are indeed lower from diesel cars than from petrol cars, diesel engines produce four times as much nitrogen dioxide and 22 times more particulates.

The Volkswagen emissions scandal in 2015 marked a turning point in attitudes towards diesel fuel.

It emerged that the manufacturer had intentionally programmed the engines of its diesel cars to pass emissions tests, despite the cars’ real-world emissions significantly exceeding set limits.

In 2020 the manufacturers of Mercedes Benz, Daimler AG, was ordered to pay compensation to owners of its cars following issues with diesel emissions. The amount of compensation is being decided.

Diesel cars in the UK

In the UK, the emphasis and incentives from the government has been to encourage people to move towards buying greener cars by offering tax breaks to owners of new and existing electric vehicles

It would seem the case for buying a diesel-fuelled car is waning as from April 2020, all electric cars became exempt from car tax.

While the owners of some of the most polluting diesel vehicles might have to pay £2,175 for the first year, they register the vehicle. After that, it's £150 a year to tax a petrol or diesel car.

Should I buy a second-hand diesel car

Most manufacturers are still producing diesel models as a standard option, but car companies are taking note of the shifting attitude towards the fuel.

So, it’s likely a second-hand version of a diesel car may soon be all that is on offer.

When will diesel cars be banned?

There has not been an outright ban as there are so many diesel cars still on the roads but if legislation and attitudes continue to change, demand for used diesel cars could plummet in years to come.

Should I buy a diesel car?

You may be weighing up the appeal of diesel cars versus petrol, or even thinking about switching to an electric car in the future, especially if the government introduces further incentives for greener cars.

How to save on your car insurance

Taking a Pass Plus course if you are a new driver may also reduce your premiums but you will need to check with the insurer first.

The type of car you drive

Having a car with is the type of car you drive, with the car’s speed, security features, and value all playing a big part in increasing the cost of your insurance.

This will result in a cheaper monthly premium. Before you take out car insurance make sure you can afford any voluntary excess. This excess is in addition to the compulsory excess set by your insurance provider. This is what you would have to pay if you ever have to claim.

Limiting your miles makes you less of an insurance risk. Simply because you are reducing your risk of having an accident. When you take out your car insurance policy the insurer always asks for an estimate of your maximum annual mileage. You need to try and you’re your mileage low, although you need to be realistic as to how much you will drive.

Black box, or telematics, insurance can help reduce your car insurance over a period of time.

A small device, the black box is installed in your car.

You don’t need to own car to get car insurance. Unlike a full car insurance policy, you won’t build up a no claims bonus, but it does mean you can drive someone else’s car, as long as you have their permission. If you are only planning on borrowing a car you can also compare quotes for short-term or temporary car insurance