In line with new legislation introduced on 15th February 2020, all broadband, phone, pay-TV and mobile phone providers are now required to notify customers when their contract is about to expire. This lets customers know that they can start shopping around for a better deal.

When the time comes and you're eligible to switch, you’ll get a letter, email, or text to tell you your contract will soon be coming to an end, or that it's expired.

This is a real victory for for consumers, as you’ll now be told when you’re free to look at other tariffs, and ultimately save money with a better deal.

According to recent studies, as many as 8.8 million people in the UK pay over the odds for their broadband after their initial contract is up. And, millions of UK customers continue to be charged for the price of their handset long after they've paid it off.

Ofcom is now trying to put a stop to this 'culture of over-payment' by insisting broadband and mobile phone providers inform their customers when they're close to the end of their contract so they can seek green provider pastures in the shape of a better deal.

So networks and providers are now legally obligated to get in touch with you 10 to 40 days before the end of your contract to let you know you'll soon be free to shop around for a new mobile plan.

Do you know if you're in or out of your mobile or broadband contract?

Until now, it's been down to the customer to know if they're in or out of contract.

And because of that, mobile and broadband providers have been able to get away with overcharging millions of customers who weren’t aware they were eligible to switch to a better deal.

Broadband providers, for example, often attract new customers with discounted deals. But the price of the deal normally applies only during the initial minimum contract term (usually 12 to 24 months). After this period, your monthly payments are likely to go up quite dramatically, something that isn’t always made clear to consumers when they sign up.

Meanwhile, millions of mobile users have been stung for extra cash as networks have continued to charge them for their handsets long after they’ve paid off the price of the phone.

But now that mobile and broadband providers have to let you know when you’re free to switch, it’ll be much easier to avoid being overcharged.

When will I receive my end of contract notification?

Both broadband and mobile providers will now be required to contact you between 10 and 40 days before the end of your contract. They'll also have to contact you every year that you're out of contract with information about your current tariff and the best deals available to you.

So even if you choose to take no action once your contract has run out, you'll be reminded of what else is out there.

These are officially known as Annual Best Tariff Notifications (ABTN) and will begin rolling out from 15th February 2020 to broadband, pay-TV and mobile phone customers. So you should be getting one soon if you haven’t already.

What information will I get in my end of contract notification? 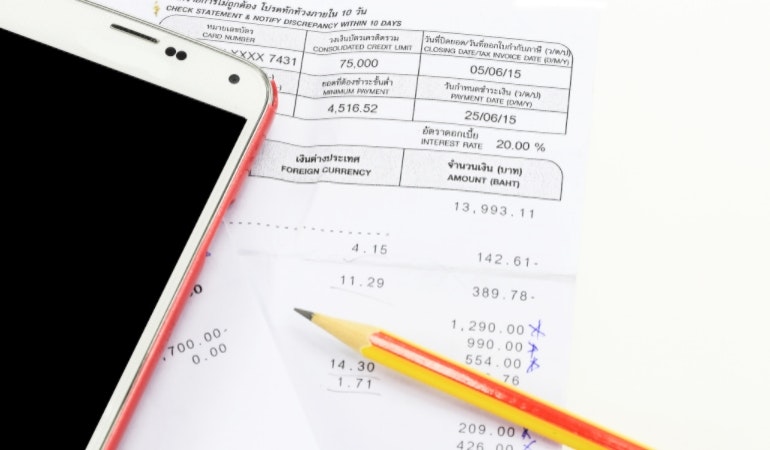 We’re still waiting to see exactly what end of contract notifications will look like from each of the providers. But there are four pieces of information that every broadband, pay-TV, and mobile phone provider must include:

Here's some other things that should be included:

How will I receive my end of contract notification?

Regulations stipulate that providers communicate with you in the manner of your choosing. So this could be by post, email, or text message.

So keep an eye on your inbox and be sure to always read messages from your provider so that you don’t miss out on important information.

Figures from Ofcom suggest that nearly nine million customers are collectively overpaying by a staggering £1 billion each year for their broadband and TV services.

As they complete their initial contract, customers are then faced with a jump in prices of about 28%. That's a big increase.

And as a lot of people aren’t aware of this, or forget when their contract is up, they keep paying the higher price long after they’re free to shop around for a cheaper deal.

End of contract notifications will mean that millions of customers will be made aware of this and will be given a chance to switch and save rather than stay put and overspend.

Want to switch to a better broadband deal? Check out all our best broadband packages.

The benefits of end of contract notifications

The great news is, anyone who has a mobile phone or broadband package will benefit from end of contract and out of contract notifications. So that's most people.

While there are some savvy customers out there who keep a close eye on when their contracts are expiring, most of us could do with a convenient reminder telling us it’s time to save some money.

And now that more customers than ever will be shopping around, we’re hoping to see deals becoming even more competitive.

Richard Neudegg, head of regulation at Uswitch.com, says: “For years, providers have profited from not always being entirely transparent about the status of their contracts.

“The introduction of end-of-contract notifications and annual out-of-contract reminders should finally put an end to this murky practice and help consumers know the best time to consider their options.

“Our figures suggest mobile and broadband consumers could be £1 billion a year better off if they take the opportunity to move to a better value deal.

“Uswitch has spent years campaigning for these measures, which we hope will give a much needed shake-up to the industry and put more power in consumers’ hands to get off packages that are no longer good enough."

During the initial 12 months after providers start sending out notifications, Ofcom will be paying close attention to how providers communicate with customers.

They'll monitor notifications, how they’re delivered and how they’re stored. And they’ll perform consumer research to learn more about the effectiveness of these notifications and if they’re actually helping consumers make more informed choices.

If Ofcom finds that the notifications need to be improved they may conduct randomised control trials in order to make suggestions for improvements.

Out of contract notifications

Officially known as Annual Best Tariff Notifications (ABTNs), out of contract notifications will ensure that every mobile phone and broadband provider communicates regularly with customers who are out of their initial contract to remind them that they don’t have to stay on the same tariff.

Some 20 million out-of-contract customers will receive their first notification from providers within 12 months of the launch date, 15th February 2020. From then on, each customer not subject to a fixed commitment period will receive one notification per year.

What information will be in my out of contract notification?

Ofcom, the telecoms industry regulators, have put together the following items that legally must be included in your notifications:

Was I overcharged for my mobile phone contract?

In 2018, Citizens Advice estimated that four million people in the UK were overcharged for handsets they'd already paid off, totalling £490 million in charges. 2017 was a similar case, with customers often paying up to £450 a year after they’d paid off the cost of their phones.

In the past, despite pressure to do otherwise, mobile phone carriers were under no obligation to make their customers aware or refund them any overcharged fees.

These instances of over-charging will be a thing of the past with the introduction of end of contraction notifications and annual best tariff notifications. Customers will now be made aware of exactly how much they’re being charged and what they’re paying for.

Want to switch to a better mobiles deal? Here are all our best mobile phone deals.

In anticipation of these annual notifications coming into play, some of the UK’s biggest mobile networks have made the following commitments to reduce bills for out-of-contract customers:

Should you be worried? We take a look at the risks.

Which Samsung phone should I buy? Get the best Samsung Galaxy S for you

Our pick of the best Samsung Galaxy S phones.