Why have my broadband and mobile prices increased mid-contract?

Here's why your broadband prices have increased this April, even if you're currently in the middle of your contract.
Share this guide 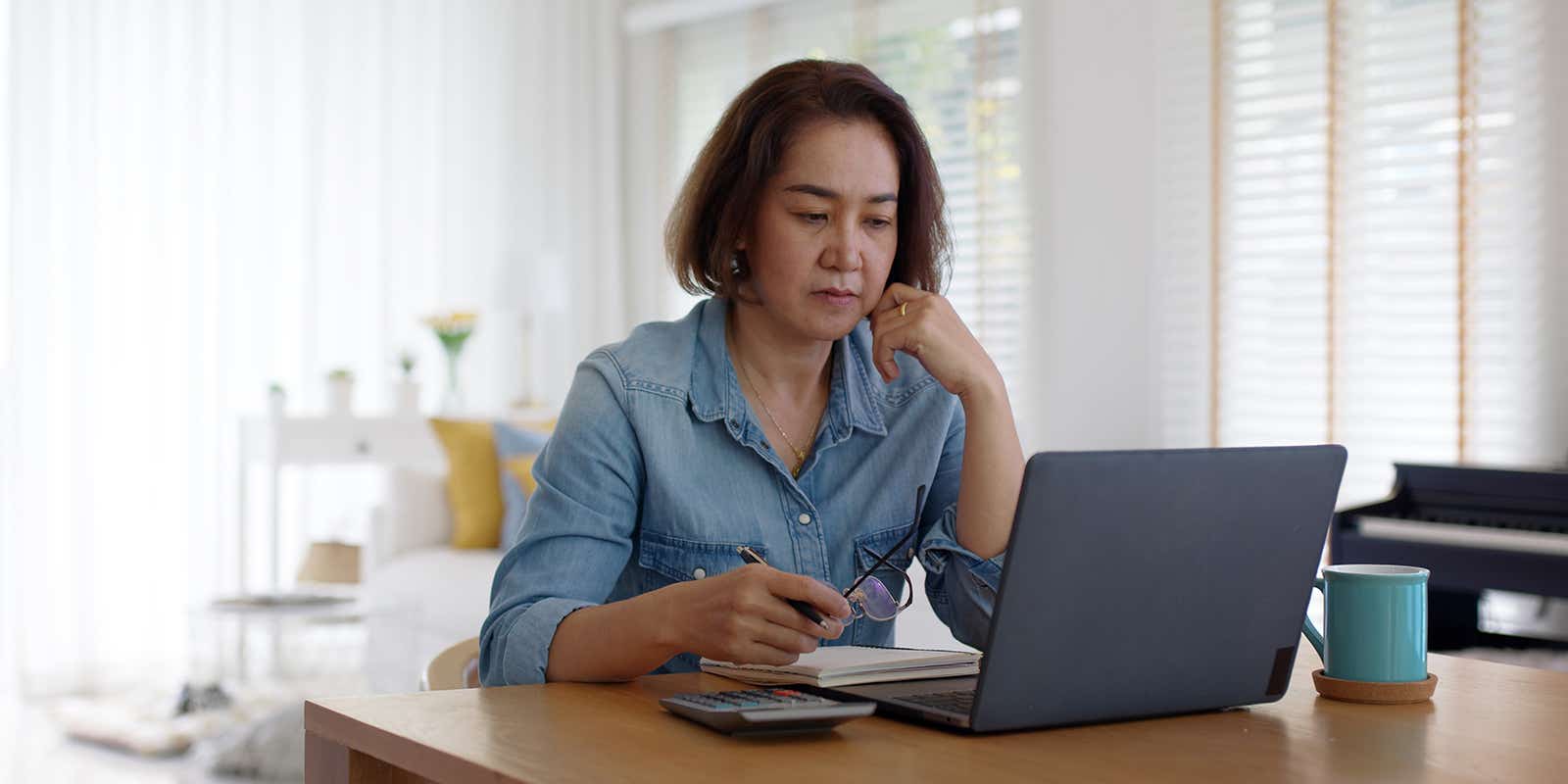 If you pay for a broadband or mobile phone bill in the UK, you might have noticed that your provider has increased your monthly prices mid-contract as of the 1st April. And if you haven’t, it’s worth checking to see if you have a message from your provider about your bill.

Many broadband and mobile providers hike their prices each year to combat the inflation rate and rising business costs. Surprisingly, they can even do this if you’ve agreed to a fixed monthly direct debit for your contract period. But is that allowed? And can you leave your contract early if so?

And this year, because the inflation rate is so high, broadband and mobile prices are increasing by as much as 11% — a very unwelcome price hike during a cost of living crisis.

Read on to find out which providers put their prices up during your contract term, and whether you can cancel or switch if your provider increases yours.

What are mid-contract price rises?

Mid-contract price rises are when a provider hikes your monthly broadband or mobile phone bill during your contract term.

Usually, a fixed contract for a service means that you’ve agreed to pay a certain amount, each month, until your contract ends. This works both ways — your provider agrees to charge you that same amount each month, and you agree to pay that amount on an agreed date.

However, when you sign up to a broadband or mobile phone contract, you need to agree to a set of terms and conditions (T&Cs) that the provider sets before you use its services. These T&Cs cover a wide range of things, and once again, work both ways. For example, your broadband provider may agree to provide you with a minimum internet speed, or you might commit to not using your residential broadband connection as Wi-Fi for your business customers.

In particular, some broadband providers include in their T&Cs that they can increase your monthly bill by a certain amount. This is often to align with inflation, but many also include an additional percentage increase to adjust for rising business costs.

Inflation affects businesses too, and upgrading to better, faster technologies is a costly expense. So providers often prefer to make some of that money back by putting annual price rises in their terms.

You don’t have to accept these terms, but you won’t be able to legally sign up for that provider unless you do. This means you’ll have to find a provider that doesn’t include a price rise. If you continue to sign up, you have officially accepted the T&Cs and have therefore committed to paying that increased amount when it’s charged.

This might seem unfair, given that these terms are often hidden away amongst a lot of text that most people never read. But if you’re concerned about this before joining a new provider, you should make sure you specifically search for any mention of it in the T&Cs.

Find out more ways you can save money on your broadband bill with out dedicated guide.

After facing growing pressure from customers, Ofcom set out new rules for broadband, mobile and pay-TV providers to display more clearly the price rises they should expect.

Beforehand, price rises would often be hidden in the terms & conditions, which means they'd be easy to miss amongst all the other information included. Now, providers must display a short, simple and clear summary of all the contract details before you purchase the service.

This means that you can review all the terms of your service, such as the contract length, broadband speed and price, all in one place before providing your bank details.

But just as importantly, it also makes clear whether the provider will increase your prices mid-contract, and by what rate. For example, many providers have a minimum price increase of around 3%, plus whatever the rate of inflation is at the beginning of that year. So make sure to keep this in mind when you're signing up for a new broadband, mobile or TV contract.

However, this still means that providers can't offer a specific amount, in pounds and pence, of what they're expected to charge you from the next price increase.

Ideally, providers would no longer attach their price increases to the rate of inflation, because as we have seen in 2022, it's very hard to predict how high it will be in a year's time. So the hope is for price increases to be uncoupled from these rates in the future. But in the mean time, make sure to keep track of the CPI and RPI inflation rates to get a getter idea of how much your prices might increase by.

Which providers increase your prices mid-contract?

With the current inflation rate at its highest point in around three decades, broadband and mobile customers are due some very expensive price hikes this year. Given that some providers add an extra 3-4% to the inflation rate, this means you might see as much as 10% added to your bills this year.

Find out below how much your provider could be increasing your prices by this year.

Search Uswitch to find the right broadband plan for you.

When are my prices increasing?

Broadband and mobile providers tend to make their price rises effective around March and April each year, but they usually announce them several weeks beforehand.

If your provider features in the above price rises table but you haven’t heard anything yet, you should receive an email or letter soon notifying you of an upcoming bill increase.

Most of the major broadband providers have announced their price increases for 2022. Here are the main ones to be aware of.

This year, BT upped its prices by a staggering 9.3%, due to the extremely high inflation rate in the UK at the start of 2022. Since inflation is at 5.4%, the highest it has been in around 30 years, its additional 3.9% increase tops it up to this very high figure.

BT adds an extra 3.9% to the rate of inflation each year to account for extra business expenses, such as the rollout of full fibre broadband.

Learn more about BT’s 2022 price hike and what you can do if you’re affected.

Virgin Media applied an average price rise of £56 per year for its customers, effective from 1st March 2022. But unlike BT customers, Virgin Media initially allowed its customers to cancel their contract without paying early termination fees in response to the increase. However, the deadline to do so in 2022 has now passed.

Find out what you can do if you’re a Virgin Media customer.

Sky increased its monthly prices for a number of its tariffs across its broadband, TV and landline services. The average price rise was around 5%, which is roughly £3.60 per month or £43 per year.

Sky doesn't include annual, inflation-based price rises in its T&Cs, so affected customers were allowed to leave their contract penalty-free — but the window to do so has also now ended.

Get more information on Sky's 2022 price increase with our guide.

TalkTalk has hiked its mid-contract prices by over 9% this April, which could be up to £48 per year for some customers. It's a slightly smaller increase than the likes of BT and Plusnet, but it's still driven by the high inflation rate and its own annual increase rate.

Find out more about TalkTalk's 2022 price hike in our guide.

Plusnet increased its monthly prices by 9.3% for mid-contract customers, which is the same percentage as its sibling BT.

Learn more about Plusnet's 2022 price increase with our guide.

Search Uswitch to find the right broadband plan for you. 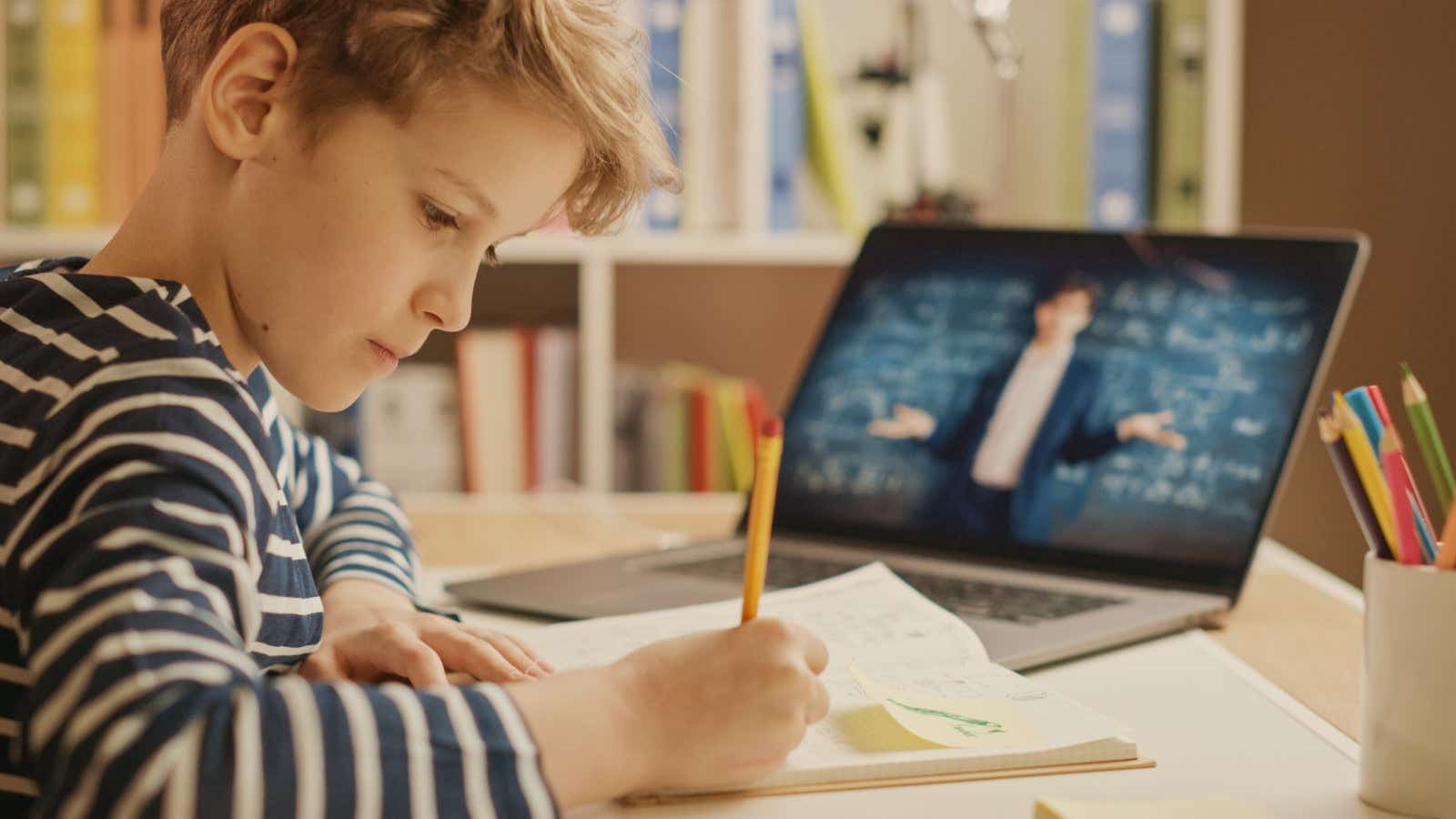 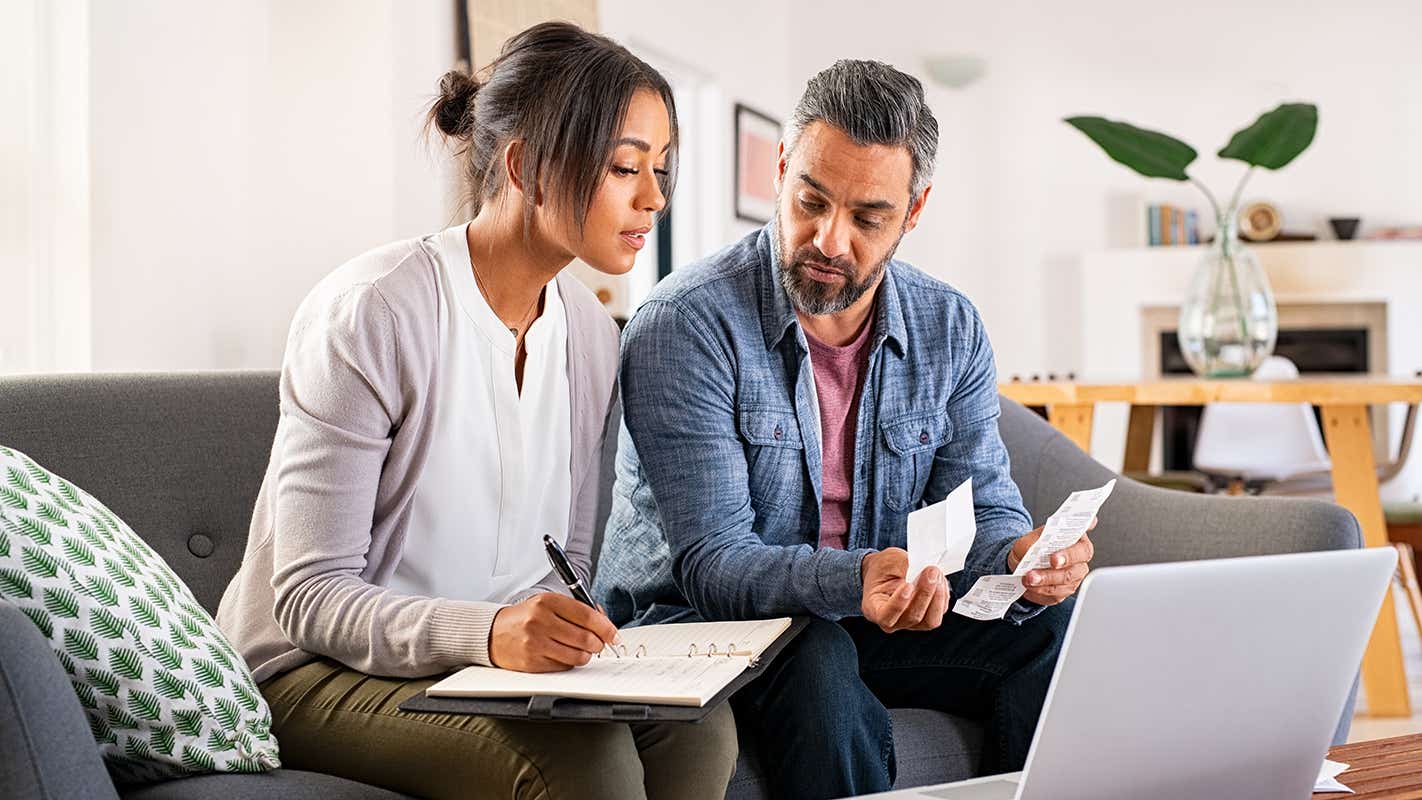 How to save money on your broadband bill

Looking for ways to save money on your monthly bills? Here's how you can reduce what you spend on your broadband. 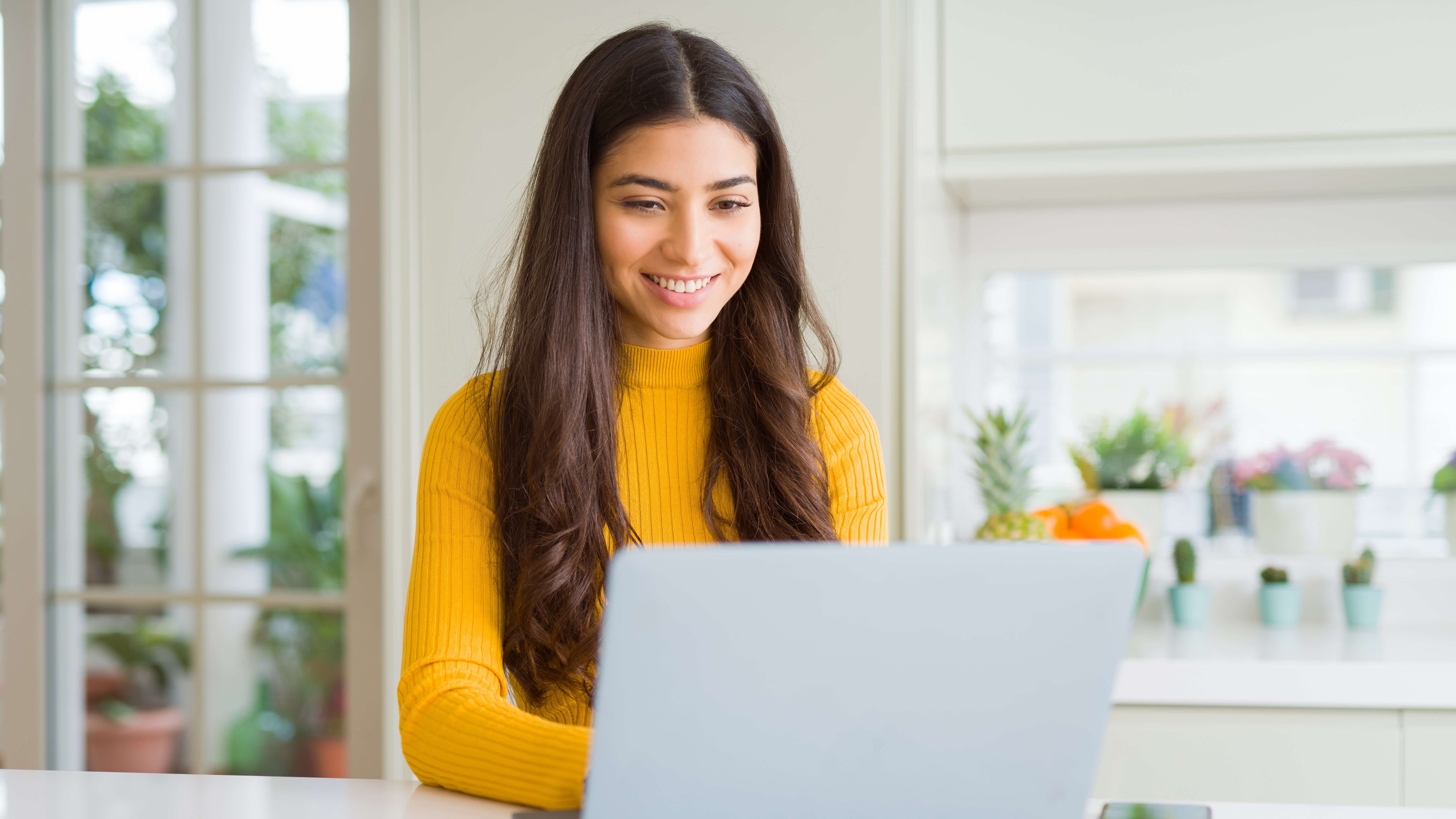