The days when mobile phones were just for adults are long gone – figures from the National Literacy Trust suggest that 86% of school-age children own a mobile phone, and the age at which kids get a phone of their own is getting younger and younger.

So if you’ve decided that it’s time for your child to get a mobile, here are some tips to help you find the right phone and tariff, keep their bills in check and make sure they stay safe.

How to choose the best mobile phone for your child

It's easy to rack up a big mobile bill without realising you've done it - no matter what your age. So a contract mobile phone probably isn’t the best choice of phone for kids.

Pay as you go phones are the best way to help keep costs under control.

They also help children to understand the costs and responsibilities of having a mobile, because pre-pay tariffs will only allow your child to make calls and texts when there is enough credit available, giving them (and you) a very clear picture of how much their phone use is costing.

Another advantage of pay as you go is that all the networks offer free texts or minutes if you top up by a certain amount each month, which is a good way to further cut costs.

As your child gets older, becomes more responsible and their usage increases, you might find that it’s cheaper to switch to a contract.

One way of building up to a contract safely might be to switch to a SIM only deal. With SIM only, it's possible to sign up for a one month rolling contract, so if their spending gets out of hand you can easily cancel with 30 days notice and switch back to pay as you go. 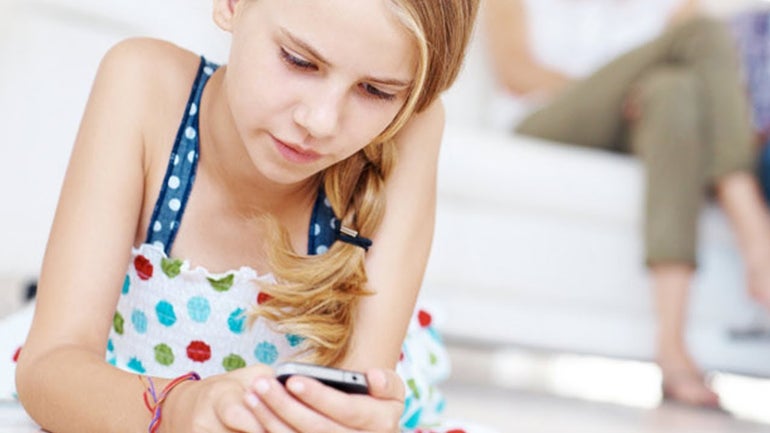 There are lots of good pay as you go phones on the market that are both affordable and come with the latest technology. However, the most cutting-edge handsets are only likely to be available on a contract.

Getting the latest and greatest phone for your child might also mean other charges, like insurance to cover damage and loss, so a cheaper pay as you go handset is probably a better starting point.

You don’t need to spend a lot to get a phone with all the features your child will want - there are some great options at a range of price points for teenagers and younger children.

Teenagers will always want the latest and greatest - whether it’s clothes, games consoles, or smartphones. But the very best often costs a lot of money, and frankly might not be suitable for teenagers in the first place.

Affordable, durable, and (most importantly) cool, the new iPhone SE is the ideal smartphone for your teenager. The last thing a teenager will want is a phone they’re embarrassed to use, so a brand new iPhone is ideal. However, with the flagship iPhone 13 series starting off at £679 for the cheapest model, that’s a lot of money to spend (and a very expensive device to be putting in the hands of a teen).

This is where the iPhone SE comes in. At just £419 it’s considerably cheaper than the iPhone 13, which means pay monthly plans will be a lot easier on the wallet. But while it’s certainly cheaper, specs-wise it’s still a fantastic phone with all the features a teenager will want - a great screen, decent camera, and classic Apple design. Your teenager will be able to take Insta-worthy photos, make TikTok-able videos, and use all the latest apps and features that work with iOS 15 - Apple’s current operating system.

With a 4.7-inch screen it’s neither too big nor too small, and it’s powered by the same A15 Bionic chip that’s inside the iPhone 13 range. Its battery should easily last the whole day too, so they won’t have any excuses for not being contactable when you need to get in touch. 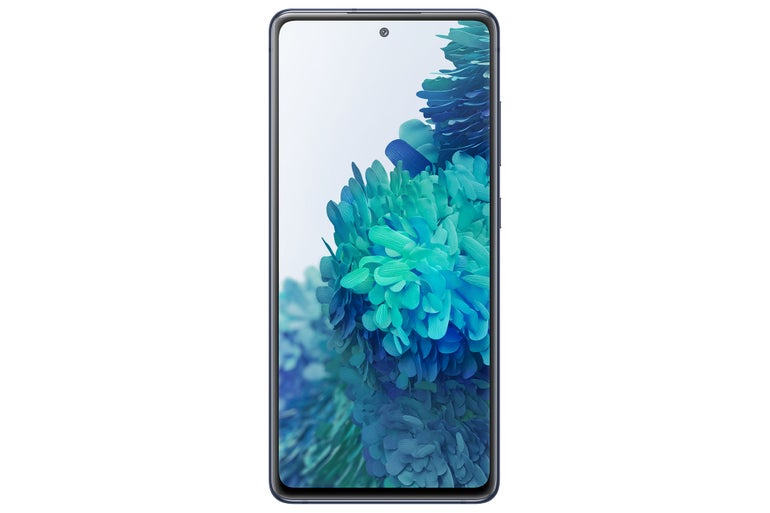 The Samsung Galaxy FE range is similar to the iPhone SE in the sense that it’s a scaled down version of the Samsung’s flagship Galaxy range - at a cheaper price. This makes it another great option for a style-conscious teen that won’t break the bank for parents either.

The Samsung Galaxy S2 FE has a 6.5 inch screen, which is on the larger side, so it might be more suitable for older teens. It also comes in a range of teen-friendly colours including Cloud Red, Cloud Orange, Cloud Lavender, Cloud Mint, Cloud Navy and Cloud White.

The S20 FE has an impressive battery, so you won’t have to worry about your child’s phone running out of power before the end of the day.

Since the S20 FE is last year’s model, it’s currently available on some very attractive pay monthly plans, so your teenager can get a phone they’ll love to use without causing you a significant financial burden.

The iPhone SE is the most affordable new iPhone you can buy, but if that’s still outside the budget of what you were planning for your child’s smartphone, the next best, and cheaper, option is the phone the SE is based on - the classic iPhone 8.

It’s very much the device the iPhone SE was modelled on, so that means it has the same 4.7-inch sized screen, same LCD display, same 12MP camera and same general design. While the iPhone is running on an A11 chip compared to the SE’s A15 chip, has a smaller battery and is slightly less durable, these aren’t really features a teenager will notice, so it’s more than adequate for a teen.

Price wise, the iPhone 8 is an older device, so you can pick it up on a pay monthly plan for around £15 a month. Alternatively, you could even buy a refurbished handset outright and get a cheap SIM only deal.

Teenagers might demand a smartphone that they can show off, but when it comes to younger children a much simpler handset is more appropriate.

For a cheap phone that you can contact your child on, look no further than the Nokia 105. It has a small 1.8-inch display, it’s a colourful blue, and it’s easy to use. Best of all, it costs less than £20.

The Nokia 105 doesn’t have a camera or internet connection, so you’re safe in the knowledge that your child won't be sent, or accidentally see, something inappropriate.

The Nokia 105 simply makes calls, texts, and means you and your child can stay in contact however necessary. It also comes with some preloaded games, including everyone’s favourite classic mobile game - Snake, as well as an FM radio and even a handy torch.

Another cheap, simple phone that’s ideal for keeping in touch with your child is the Alcatel 1066G.

Easy to use and small enough to fit in little pockets and backpacks, the Alcatel 1066G’s bright 1.8-inch display and 12-key keyboard are simple for tiny fingers to navigate. This handset does include a camera, so could be a good choice if you’re happy for your child to take fun pictures to show you. There’s also useful features including an FM radio, alarm clock, and a torch.

And at a cost of less than £15 SIM free, it’s the ideal way to connect your child with a mobile phone without having to spend a lot of money.

Keeping your child safe with their mobile

These days, mobiles aren’t just for calls and texts - most phones now come with the ability to go online, which can open up a whole new can of worms when it comes to keeping an eye on your child, who they’re talking to and what they’re looking at.

Each mobile network will have its own policy on content protection and internet browsing, so it’s worth reading up on your network's mobile internet policy to see what protections they offer.

We have a comprehensive guide on how to keep your children safe online and the benefits and limits of parental control software. Here's everything you need to know about children and smartphones.

What age do kids get a phone?

The age at which you give your child a mobile phone is up to you. The main reason for giving a child a phone is so that they can stay in touch with you and be contacted if needed. So we’d recommend giving children above the age of 6 a very simple mobile phone, before moving onto a smartphone as they get older and enter their teens.

What is the best first mobile phone for a child?

If your child is in their teens and wants a real-deal smartphone, you can’t go wrong with the affordable iPhone SE. For younger kids we suggest something simple like the no-frills Nokia 105.

Should my child have a phone?

Mobile phones are a key part of our lives. They are vital for easy communication and staying in touch with family - and that includes children. Your child will almost certainly require a phone once in secondary school, but before then is up to you. If you have concerns about your child using a mobile home, check out our guide on mobile phone safety.