Who has the best Black Friday TV deals: BT, Sky, or Virgin Media?

As temperatures lower, days get shorter and the cost of pretty much everything gets higher, more and more of us are likely to be spending more time snuggled up on the sofa watching TV – and Black Friday TV deals could save you a lot over the course of the year.
Share this guide 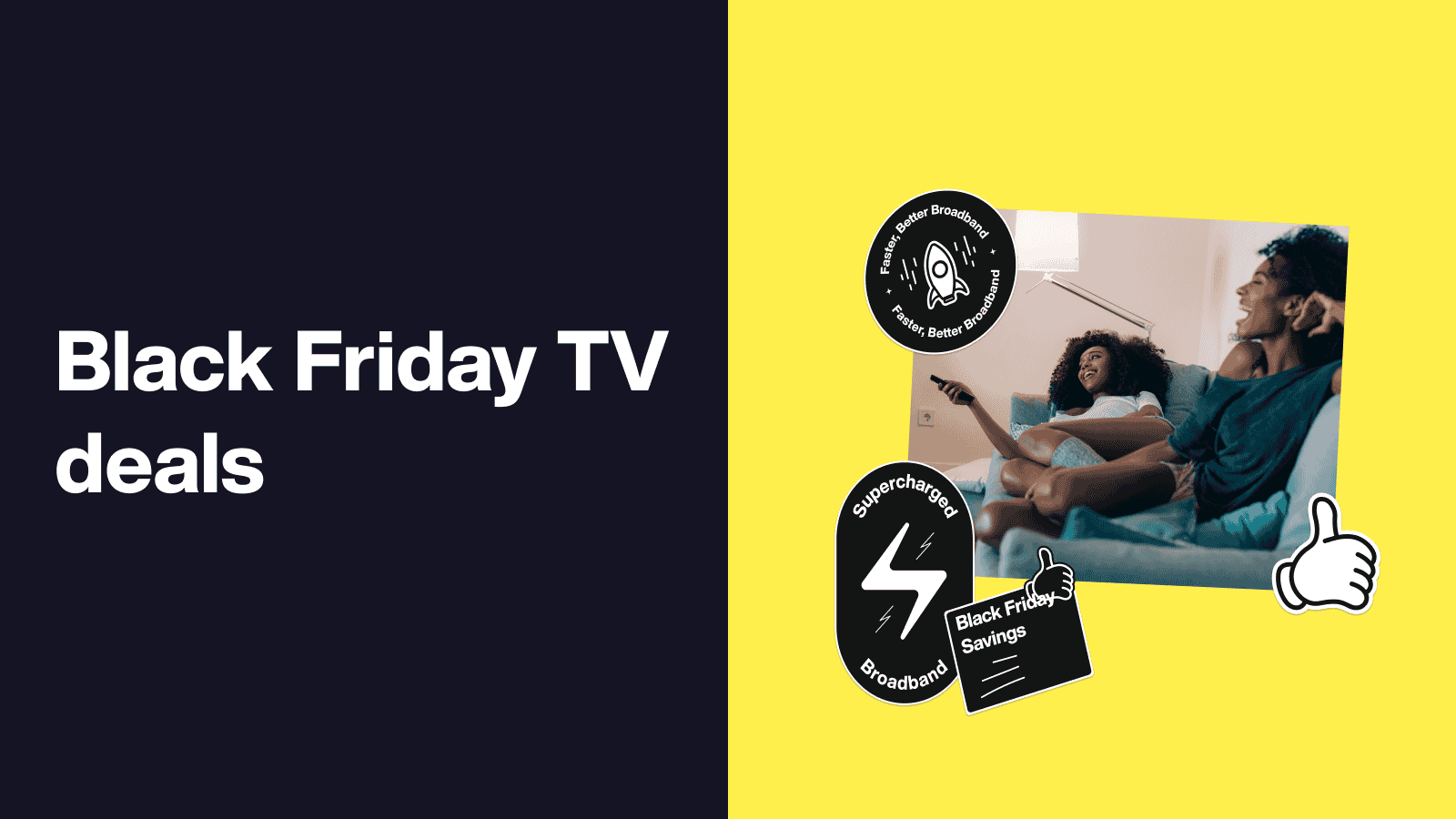 Which provider has the cheapest Black Friday TV deal?

Not all TV packages are made the same. Some will give you exclusive TV channels, and others will bundle in live sports or movie channels, but in terms of the cheapest monthly price, it initially looks like the winner is BT.

BT is offering a six-month half-price TV and broadband deal this Black Friday, so your initial monthly payments will be just £25.99 for its Entertainment package with 67Mbps BT Fibre 2 broadband.

However, in order to get this reduced monthly price you’ll need to sign up for a 24-month contract, and after six months your monthly price will jump back up to £51.99. Which provider includes the most channels in its Black Friday TV deals?

The most TV channels you can get in a BT Black Friday deal is with its Entertainment package, which gives you access to 22 channels via a NOW Entertainment membership including Sky Atlantic, Sky Max, Sky Showcase, and kids channels. You’ll also get over 300 box sets on-demand as well as around 70 Freeview channels and AMC.

Sky Stream with Sky Entertainment boasts over 150 channels and 100,000 hours of aggregated content, thanks in large part to Netflix being included as part of your subscription.

Virgin Media’s Bigger Bundle Black Friday deal has over 190 channels, which includes BT Sports channels and Sky Sports Lite channels. However, unlike BT and Sky, it doesn’t include Sky Atlantic, the home of exclusive US content like Game of Thrones.

Winner: Virgin Media has the most channels in its Black Friday TV deals.

Which Black Friday TV and broadband deal has the fastest broadband speeds?

Sky has a range of broadband speeds available in its Black Friday TV deals, ranging between 59Mbps, 145Mbps, and 500Mbps. Although obviously, the higher the speed the higher the monthly cost. 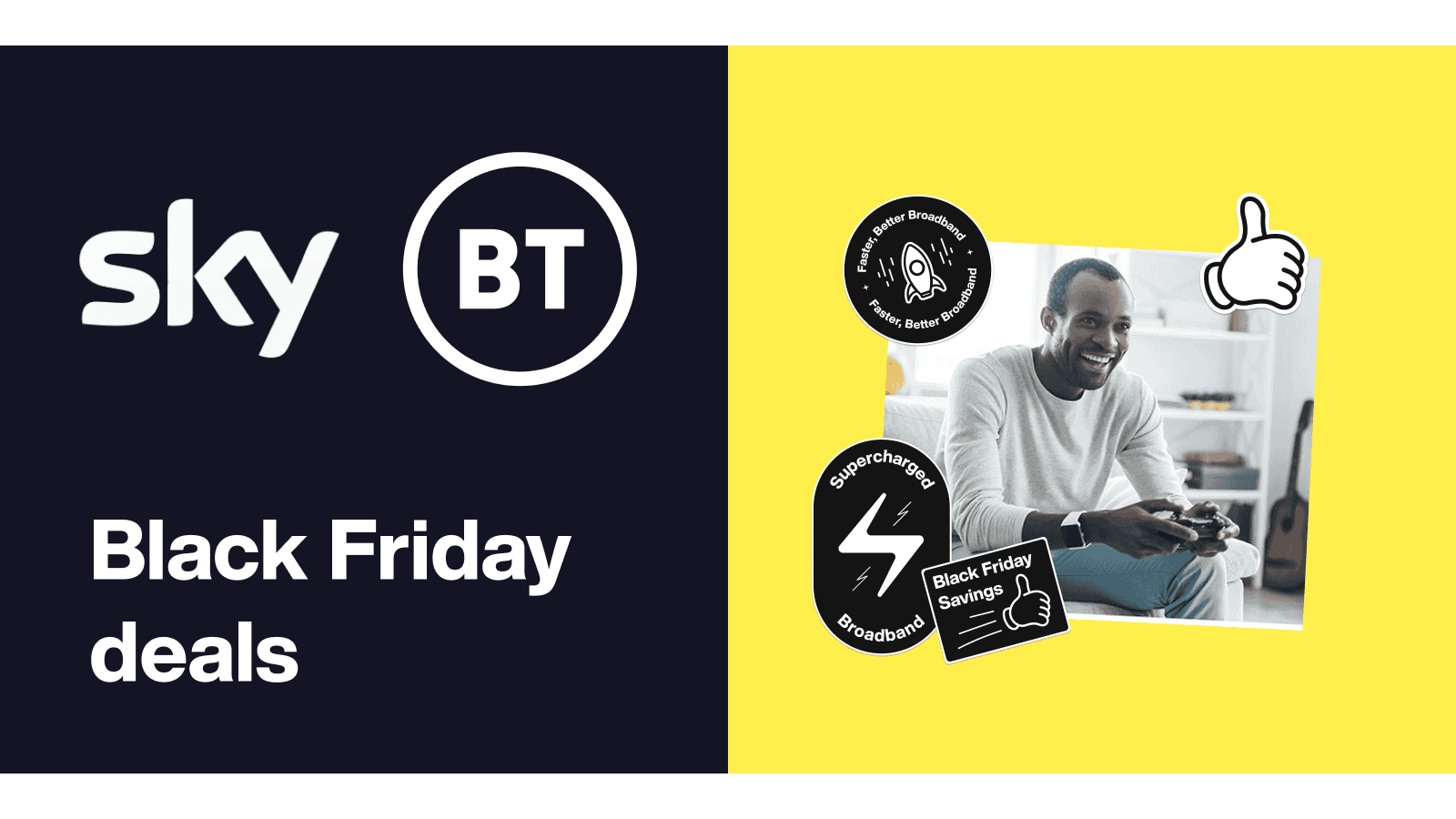 See our 2022 Black Friday broadband deals and TV bundles for Sky and BT and decide which offer is best for you. 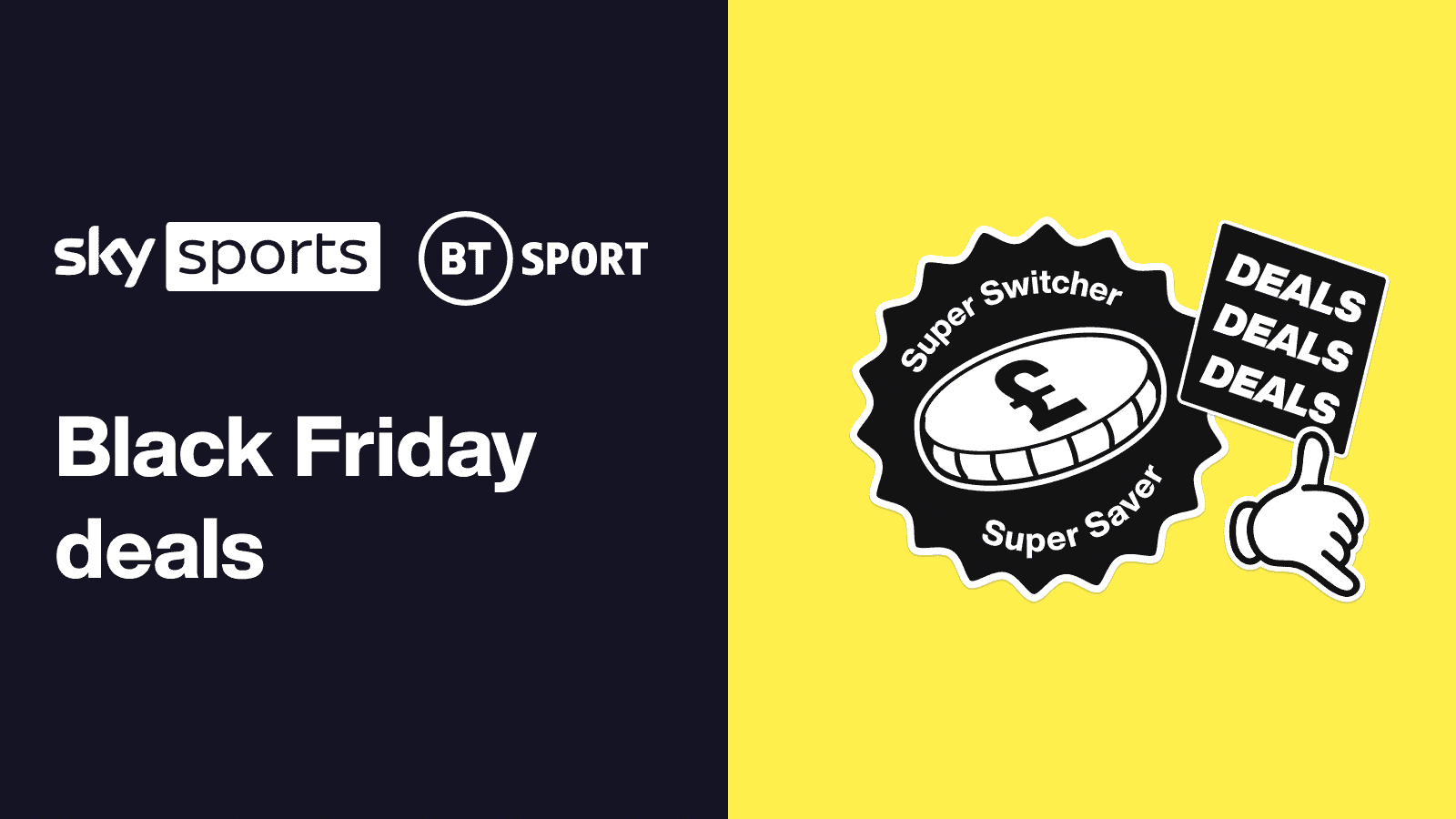 With Black Friday deals on gadgets and TVs flooding the internet and the high street, now's the perfect time to get yourself a Sky Sports or BT Sport TV deal.