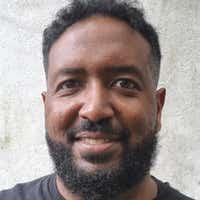 Byron is a lifelong gamer and specialises in reviewing gaming consoles, the latest video game releases, laptops and mobile phones. In addition to his work at Uswitch, he has been a contributor for Crisp-magazine.com since its launch, reviewing products ranging from speakers and gaming laptops to mobile phones and games.

He keeps up to date with all the latest game industry releases and upcoming news. He's fully immersed in gaming, playing Xbox Series S, PlayStation 5, Nintendo Switch and PC.

Byron believes if everyone played more video games the world would be a better place.

Xbox cloud gaming: everything you need to know

Want to get access to a huge library of gaming to try out and play wherever you have an internet connection? Here's everything you need to know about Xbox cloud gaming.

What is the latest on Microsoft’s gaming streaming service?

Microsoft is rumoured to be developing a game streaming service that wouldn't require gamers to purchase a console. What's the latest and when can we expect to see it available?