TalkTalk’s TV Plus Box is the provider’s higher-end set-top box. Here’s what you need to know to make the most of it and your TalkTalk TV package.
Share this guide 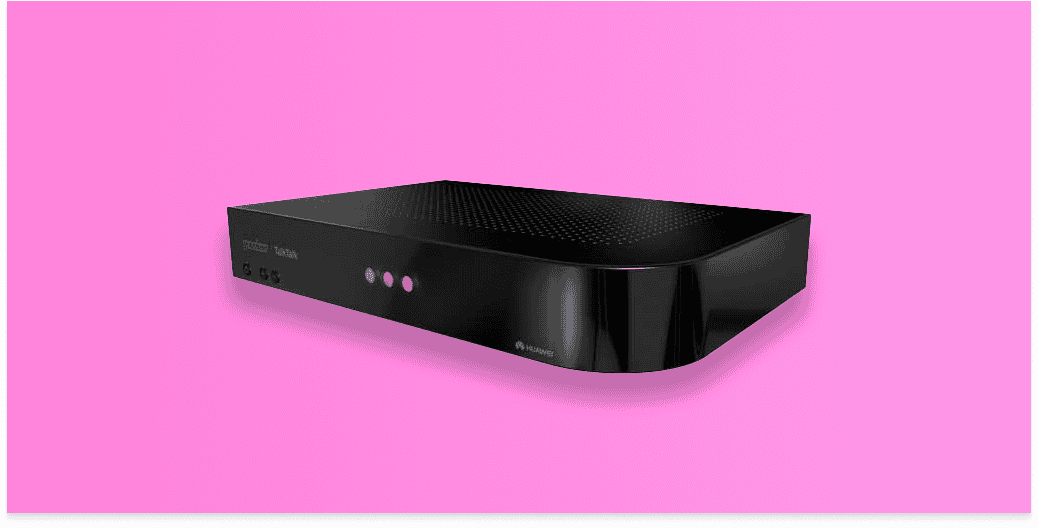 TalkTalk’s TV Plus box lets you bring together the best of live and on-demand TV across multiple services. With access to other streaming services like Netflix, Amazon Prime Video and NOW built-in, you can access premium content for low prices on a flexible schedule.

How is it different from the TalkTalk TV Box?

TalkTalk’s two TV set-top boxes are fairly similar, but there are two key differences between the two.

The biggest difference is that the TV Plus Box lets you record live TV while the TalkTalk TV Box only lets you pause and rewind live TV, or access on-demand programming for things you’ve missed.

Both of TalkTalk’s set-top boxes are made by YouView. This was created in a combined effort from BBC, ITV, Channel 4 and Channel 5, as well as Arqiva, BT Group and TalkTalk Group.

The TalkTalk TV Plus Box is slightly larger than the TV box because it has a hard drive in it, allowing you to record and save programmes to the box itself. You can record two programmes at once.

The hard drive is 300GB, which lets you store up to 185 hours of live TV in standard definition on the box. Although this might sound low compared to other set-top boxes with 1TB of storage, keep in mind that the only programmes stored to your box are the ones you record from live television. Any programmes you watch on demand or purchase from the TalkTalk TV store are streamed to your box and therefore don’t take up space.

Using the TalkTalk TV Plus Box 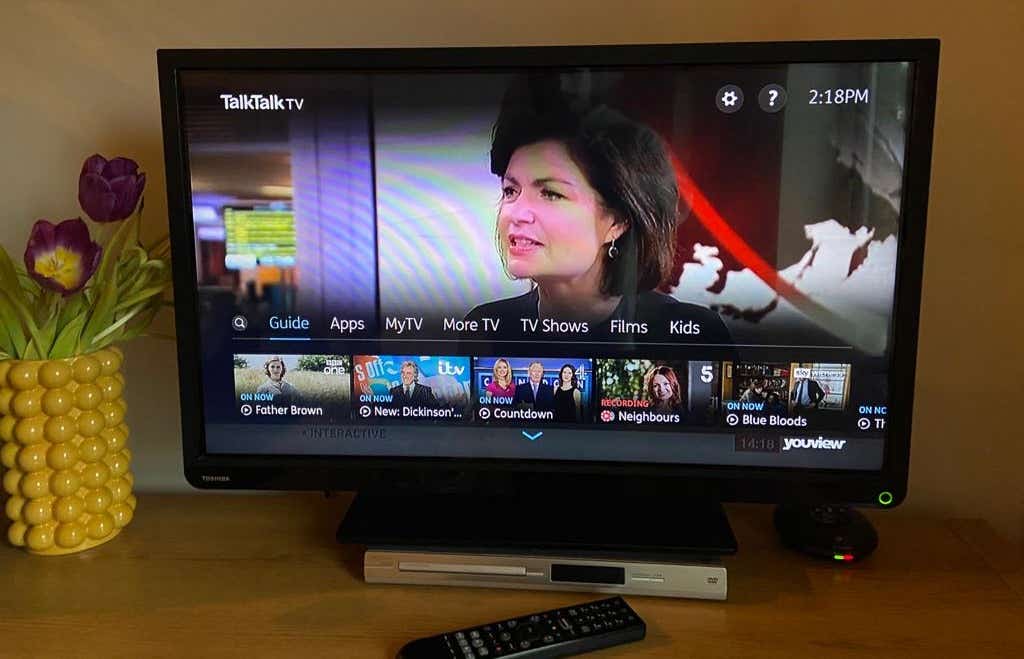 The main menu is accessible by pressing the YouView button on the remote. It's now a small, visual guide that displays under whatever you’re watching on live TV. It’s broken down into several sections:

An expanded TV guide is available to show you what’s currently on, what’s coming up and what was previously on TV — a feature unique to TalkTalk.

TalkTalk’s guide offers another way for you to quickly find content: sorting channels by ‘type’. At the top of the guide, you can view lists of channels grouped together by theme, such as kids, sports or subscription channels, making it quick and easy for you to find programmes you want to watch.

This section of the menu is where you can access on-demand content, including TV programmes, films and music videos. You can find programmes from BBC iPlayer, All 4, ITV Hub and more.

Apps like Netflix and BBC iPlayer are also available in this section.

My TV stores your recordings, which is why this section is only available on the TalkTalk TV Plus box.

The mini menu shows your most recent recordings. The full list is accessible in the expanded menu. Recordings are grouped together by series.

The TalkTalk TV Store is home to a wealth of content that you can rent or buy, including Netflix original series like Orange is the New Black and HBO box sets for popular series like Game of Thrones and Westworld — which are available via a NOW TV Entertainment pass. TalkTalk TV will prompt you to sign in to your NOW TV account in order to purchase a pass and get access.

Go to this section if you need to change any settings on your set-top box, including menu display options and PINs for parental controls and payments.

As more and more of us move toward watching on-demand content across multiple platforms, providers are recognising that we need more comprehensive search — and TalkTalk’s search function does just that.

Type in the name of the programme you’re looking for and TalkTalk will search live TV and on-demand content available across all your players and apps including Netflix, Amazon Prime, BBC iPlayer and the TV Store.

If you don't currently have access to watch that show, you have the option to subscribe within the set-top box itself to get access to the programme you want as quickly and smoothly as possible.

TalkTalk’s app helps you stay on top of what’s happening on your set-top box, even if you’re away from home. Within the TV Planner app, which can be used by up to five devices, you can view the guide, set up recordings, stream content and watch live TV.