Find out how to get insured on another driver’s existing insurance policy if you plan to practice driving outside professional driving lessons.

If you’re a learner driver, you probably want to get in as much practice as possible before taking your driving test. If this practice includes driving a friend’s or relative’s car, you need to consider appropriate insurance to cover provisional drivers.

Adding a learner as a named driver – how does it work?

Many learner drivers choose to be added to a friend’s or relative’s existing insurance policy as an alternative to taking out their own provisional driver’s car insurance policy. This ensures the learner driver is covered for any accidents or damage when using the car before they have passed their driving test.

Many providers will agree to insure a learner driver as a named driver on the policy, but bear in mind this may be subject to admin fees and premium increases. We recommend you ask the policyholder to call their insurance provider to discuss this in detail.

Once the insurance provider has agreed to add you to the existing policy, it’s up to you and the policyholder to decide whether you should pay towards any increases in their premium price. 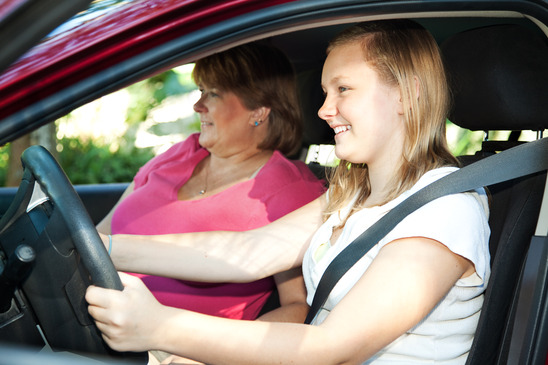 It depends on your circumstances, but getting insured on someone else’s policy is not always the most sensible option.

It’s likely the insurer will increase the policyholder’s premiums based on the added risk factor, as learner drivers are more likely to be involved in accidents.

Remember that as a learner driver you will not be able to build up your own no-claims bonus while you’re insured on someone else’s policy – you will only be able to do this once you pass your test and take out your own policy.

In many cases it’s more beneficial for learner drivers to take out their own insurance policy to cover them while driving someone else’s car. This method can often work out cheaper and can pose less of a risk to the car owner’s existing policy. Plus, in many cases you are able to start building your no-claims bonus before you’ve even passed your test. Read more about it here.

What are the restrictions of driving on a provisional licence as a named driver?

You can only be named on another driver’s insurance policy if you are not the main owner or driver of the car. Being insured as a named driver when you are in fact the main driver is called fronting, and it’s illegal. You should only be added as a named driver to an insurance policy if you’re going to be using the car occasionally – practicing between your paid-for driving lessons, for example.

Remember that you must still meet all the legal requirements for driving on a provisional licence, including being accompanied by an experienced driver (aged 21 or over and with a valid licence for at least three years), avoiding motorways, and displaying L plates on the front and back of the vehicle.