How to watch Netflix on your TV 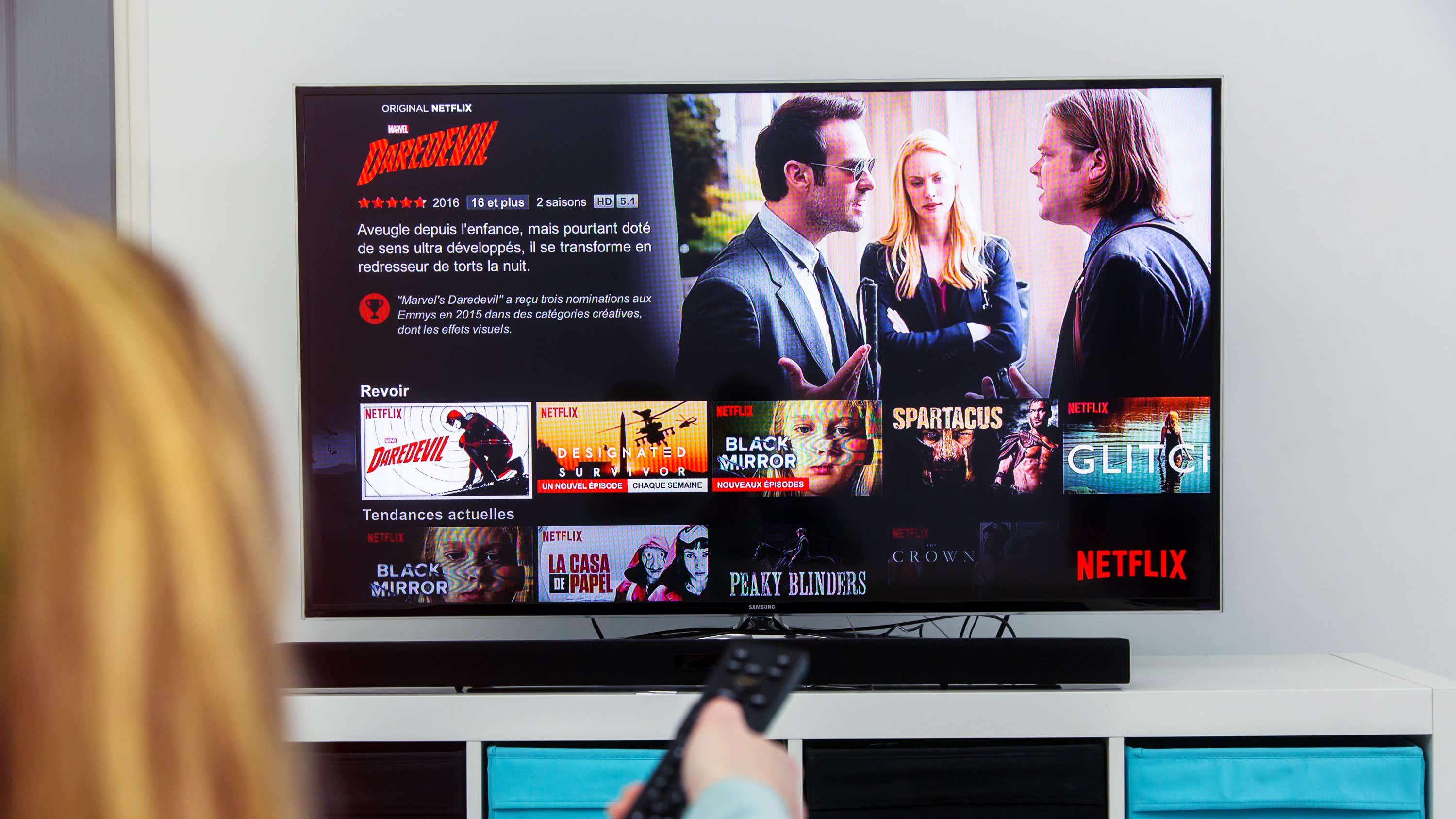 Netflix supports a wide range of devices, including set-top boxes, smart TVs, games consoles and Blu-ray players — or you can still watch it through your laptop, mobile or tablet and connect that device to your TV.

Read on to find out how you can watch Netflix on your TV.

Watching Netflix on your set-top box

Most providers have now integrated Netflix into their set-top boxes, so you can stream directly to your TV without needing any additional devices.

How to watch Netflix on Sky

Netflix is now fully integrated into Sky Q boxes, so you can either access your current Netflix subscription or purchase a new one through Sky’s Ultimate On Demand package.

To access an existing Netflix account, simply navigate to the Netflix app on the Sky Q platform. After you’ve signed in you’ll be able to stream all your favourite Netflix content directly through your Sky Q box.

If you sign up for the Sky TV & Netflix package you have the added advantage of Netflix content is fully integrated with the Sky Q experience. For example, both Sky and Netflix shows will appear in sections such as “Top Picks” for you to select without having to navigate through Netflix.

How to watch Netflix on NOW

The Netflix app will be pre-installed on many of the NOW TV devices, but if it’s not navigate to the App Store and download Netflix from the list of available apps. It will probably be right at the top, so you can’t miss it.

How to watch Netflix on Virgin Media

Both of Virgin Media’s set-top boxes — the V6 and the TiVo box — support Netflix. You can either access Netflix by tuning in to channel 204 or by visiting the app directly in the main menu.

Whether you have the V6 or the TiVo, Netflix can be found in the Apps & Games section in your set-top box’s menu.

How to watch Netflix on TalkTalk

TalkTalk integrates Netflix into both of their YouView set-top boxes and makes it easy to access. Just navigate to the Players & Apps section in the main menu and open up Netflix.

How to watch Netflix on EE

EE now uses Apple TV 4K to supply its TV offerings, making it fairly straightforward to stream Netflix content through your device. If Netflix isn’t pre-installed on your Apple TV 4K, simply search for it in the App Store to download it to your device.

If your set-top box doesn’t include Netflix, it’s still easy to watch Netflix on your TV if you have any of the following devices.

If you've recently bought a new TV, chances are high that it’s a smart TV, meaning it can connect to the internet and stream TV through apps. Many smart TVs come with a Netflix app preloaded on them, and Netflix also now recommends certain TVs.

Even if your TV doesn’t have Netflix preinstalled on it — or it’s not ‘recommended’ by Netflix — the streaming service supports smart TVs made by:

If you don’t have a smart TV, you can still connect to the internet using one of the many streaming devices on the market, and most of the popular ones either come with Netflix installed on them already.

Some of the most popular streaming devices are:

Netflix supports streaming through many of the most popular games consoles, including:

If you’ve made the switch from DVDs to Blu-ray, your Blu-ray player might be able to stream Netflix. Blu-ray players from the following companies are supported by Netflix:

Connecting devices to your TV

If you don’t have any of the above devices and don’t want to invest in any new tech, you’re still able to stream Netflix to your TV using a smartphone, tablet or laptop. You’ll need to download the Netflix app if you’re using a mobile or tablet, or you can just visit the Netflix website through your laptop.

Depending on the brands of your TV and device, you might be able to mirror or broadcast your device’s screen on your TV. Otherwise, you can connect it using either an HDMI, DVI or VGA cable.