MCU timeline: How to watch the Marvel movies in order

*Spoiler alert: While we won’t be writing in explicit detail about the films in the MCU, there will be some spoilers if you’re not all caught up.
Share this guide 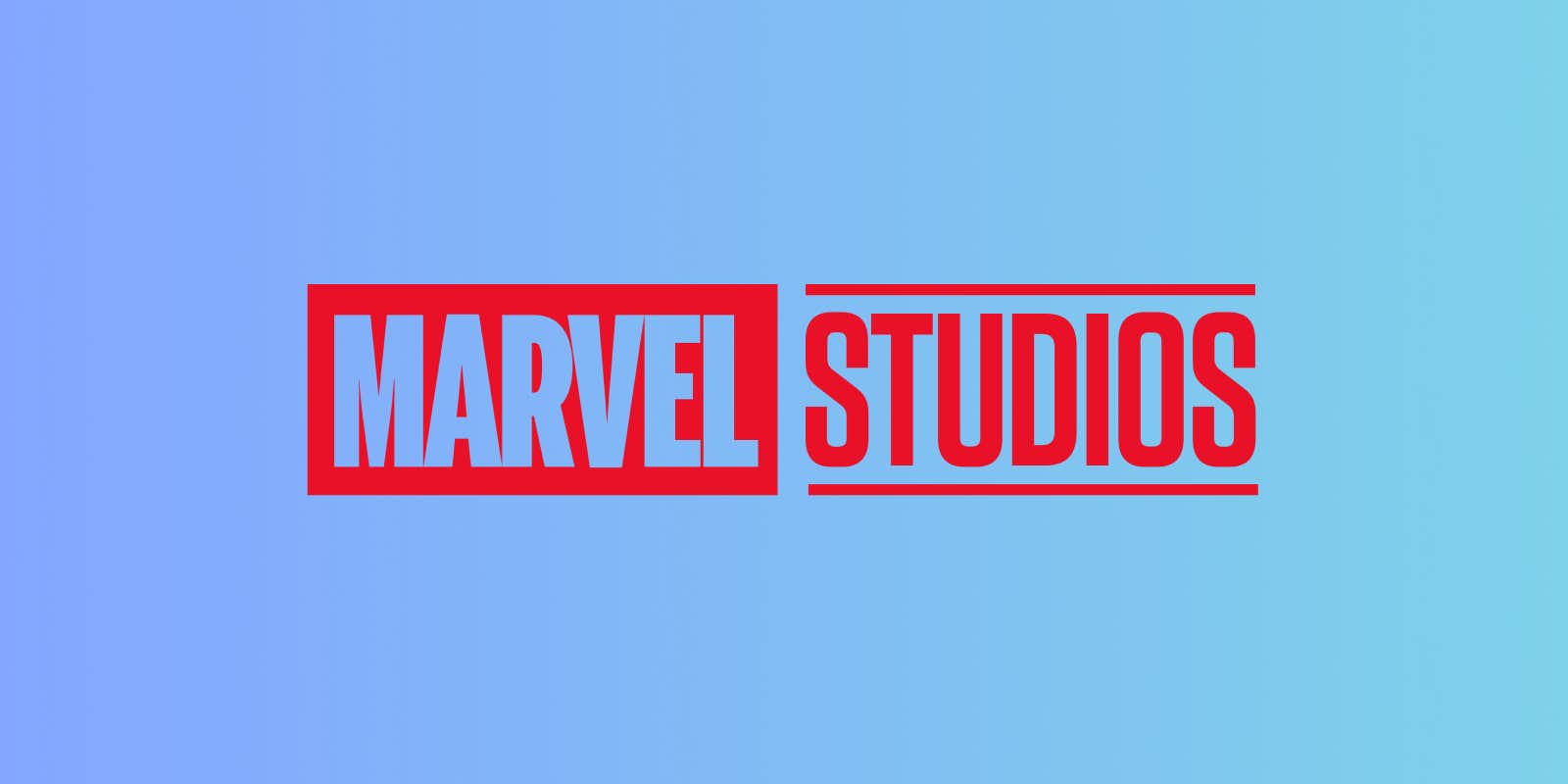 Superhero movies have always been popular. From Christopher Reeve’s first outing as Superman, there’s always been some sort of comic book adaptation in the works. For decades, the biggest superheroes on our big screens were Batman and Superman. But that all changed in 2008 when Robert Downey Jr donned his armour for the first time. Since then, the Marvel Cinematic Universe (affectionately referred to as the MCU) has become the biggest movie franchise of all time. Spanning 27 films (at the time of writing), five TV shows and over a decade of hype and action, Marvel movies have earned over $25 billion dollars around the world.

Where to watch Marvel movies

The interconnected nature of the MCU makes watching and re-watching all the movies part of the fun. And the launch of Disney Plus means that all the MCU films (apart from the three Tom Holland Spider-Man films) are available to stream on the same platform. But the big question is, which order do you watch them in?

Do you prefer to watch all the films as they were originally released, starting with Iron Man and finishing with Spider-Man: Far From Home? Do you want to watch the events as they would have happened and watch the Marvel films in chronological order? Do you watch all the Marvel movies or just watch the best ones and get to Endgame as quickly as possible?

You don’t have to decide right now. Check out our guide on how to watch Marvel movies in order to see which you like best.

How to watch the Marvel movies in chronological order

There’s a fair amount of time-jumping in the MCU, with some films set in the past, some in the future, and some jumping around between both. In fact, it’s pretty much the basis for the entire plot of Endgame. After having watched all the films at least once, some fans prefer to watch the Marvel films in chronological order, starting with Captain America: The First Avenger and ending with Spider-Man: Far From Home.

Watching the MCU films in chronological order is a fun way to see all the callbacks, Easter eggs and foreshadowing you may have missed the first time you watched the films. For example, Nick Fury calling in Captain Marvel after the events of Infinity War has added impact when you’ve already watched them meet in the Captain Marvel solo film.

This isn’t 100% accurate thanks to Marvel’s famous mid- and post-credits causing some overlap, specifically in Captain Marvel, Black Widow and Ant-Man and The Wasp. Not to mention the flashbacks in Eternals taking place a few thousand years ago. But for the most part, here’s how to watch the Marvel movies in chronological order:

How to watch Marvel TV shows in MCU timeline

If you want to go one step further, you could integrate the Disney Plus Marvel TV shows in your next rewatch. While WandaVision was released first, Loki begins during the events of Endgame, which themselves take place in 2012. So here’s how to watch the MCU movies and TV shows in chronological order:

How to watch Marvel movies in order of release

At the time of writing there still isn’t an official statement on which projects are slated for MCU Phase 5. So for the moment, we’ll just include films and TV shows that are still unconfirmed or only rumoured as appearing in Phase 5.

The best order to watch Marvel movies for the first time

If you're brand new to the Marvel Cinematic Universe and want to catch up on the movies without having to watch all 27, here's a shortlist of MCU films that you need to watch in order for it all to make sense. 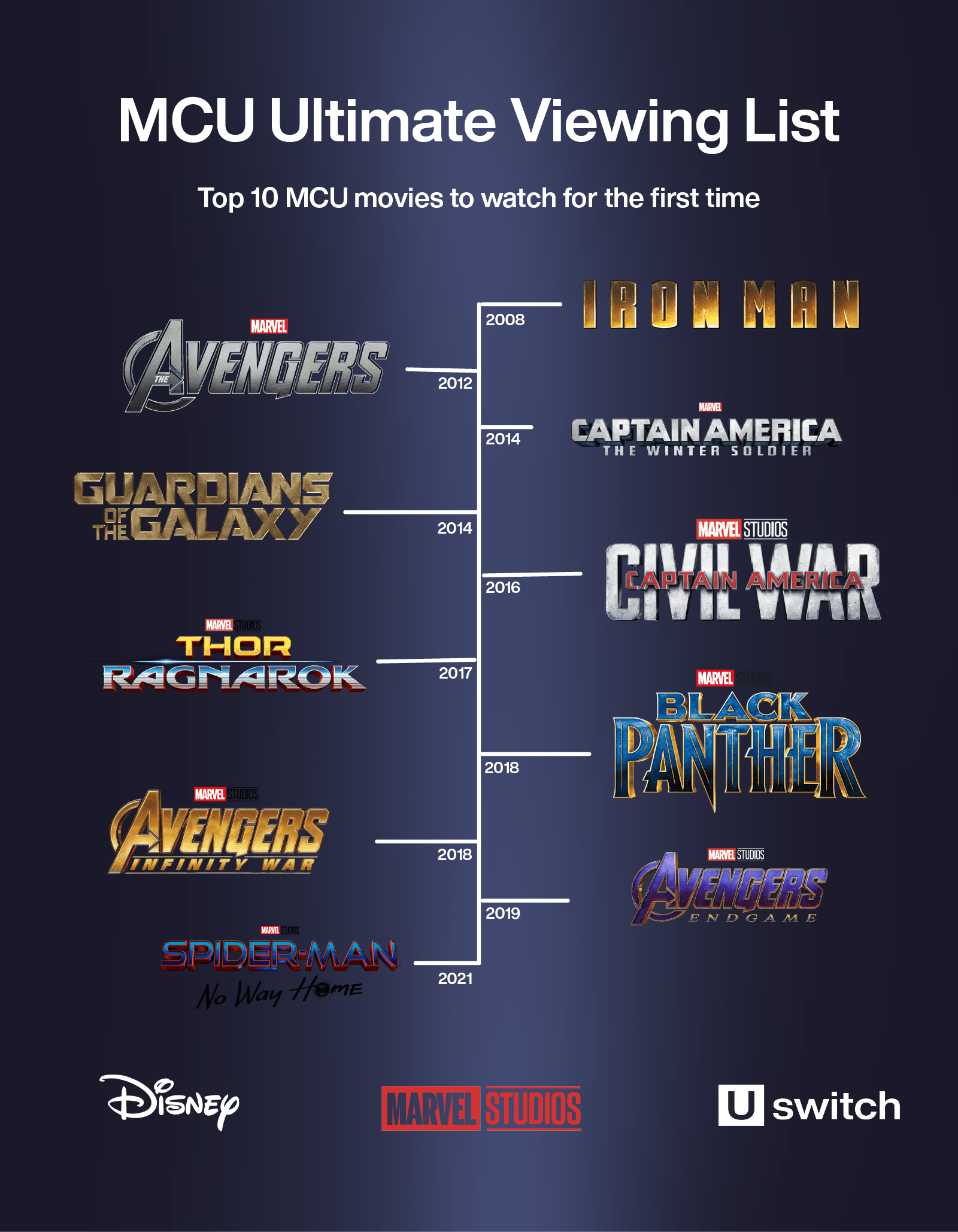 There will be characters that pop up that you're not immediately familiar with (Captain Marvel and Dr Strange), and the odd reference that you'll miss, but on the whole, you'll get the gist of what's been happening in the MCU and get to watch the best, funniest and most impactful moments throughout.

How to watch Marvel movies in order of best rated

Some hardcore Marvel fans have gone as far as wanting to watch the 27 MCU films in order of their rating on review platforms like IMDB and Rotten Tomatoes. Though this would mean you’re watching the films completely out of order, it could be a nice way to save the best for last as it were. If you started your MCU binge with The Incredible Hulk – a movie that many of us don’t really consider as part of the MCU – and work towards the final two instalments of the Avengers.

This, however, is a very subjective list, I personally would never have put Dr Strange above Black Panther. So you might want to tweak this particular list to suit your own opinion.

How long is the MCU timeline?

The events that take place in the MCU universe span thousands of years, and the time taken to watch all the movies in this universe is fairly long too. With 27 films released over 13 years, each phase of the MCU seemed to introduce longer and longer movie runtimes, with the epic Avengers finale clocking in at just over three hours long.  So how long would it take for you to watch all the MCU movies? Here are all the MCU films in order of shortest to longest:

This means that, as of now, the total MCU runtime is 59 hours 29 minutes. So if you wanted to watch the entire MCU timeline, non-stop, back-to-back, it would take you nearly two and a half days.

So which is the best way to watch all the Marvel movies?

Call me old fashioned, but I think it’s best to watch the Marvel movies for the first time in the order they were released. With all the post-credit teasers, plot twists and character development, the release order gives you the best introduction to each Marvel character and their place in the wider MCU.

The best ways to watch all the Marvel movies are either in release order or chronological order. You can also watch it in order of best-ranked or shortest to longest.

Spider-Man Homecoming is currently available to stream on Netflix in the UK alongside the other Sony Spider-Man movies.

Spider-Man Far From Home is currently not available to stream on any UK streaming service. However, you can purchase a digital version on Amazon Prime Video.

Dr. Strange 2 – officially titled Doctor Strange in the Multiverse of Madness – will be released in the UK on Thursday 5 May 2022, one day earlier than its US release date. So no spoilers.

Shang Chi isn’t technically an Avenger… yet. He meets both Bruce Banner and Captain Marvel in the post-credits scene of his solo film. But there’s not yet been an official confirmation of him joining the team, or if there will even be another Avengers film in the future of the MCU. He is, however, very likely to appear in other upcoming Marvel projects and get a sequel to his successful solo feature.