Fifteen years after it made waves as the first truly desirable mobile phone, the Motorola RAZR is back. But this being 2019, it has a unique folding screen that gives you big-screen action in a form factor small enough to slip into a jeans pocket.

So what else does this new razr bring? And how does it compare to the original? Read on as we explain everything you need to know.

1. It has a folding screen

On first glance, the new razr looks like a standard clamshell, just like the original RAZR. But look a little closer, and you’ll see there’s a lot more to it...

Namely a folding screen. When opened, it stands an impressive 6.2 inches across diagonally, which is big enough to enjoy all the latest films and games in all their glory. Snap it shut, and it’s small enough to slip into a jeans pocket, no matter how tight your denim.

For the new razr, Motorola crafted the mobile world’s first zero-gap hinge on the screen. That means there’s no visible seam on the screen when open (as there is on the Samsung Galaxy Fold) and that both sides of the screen stay completely flush when closed. 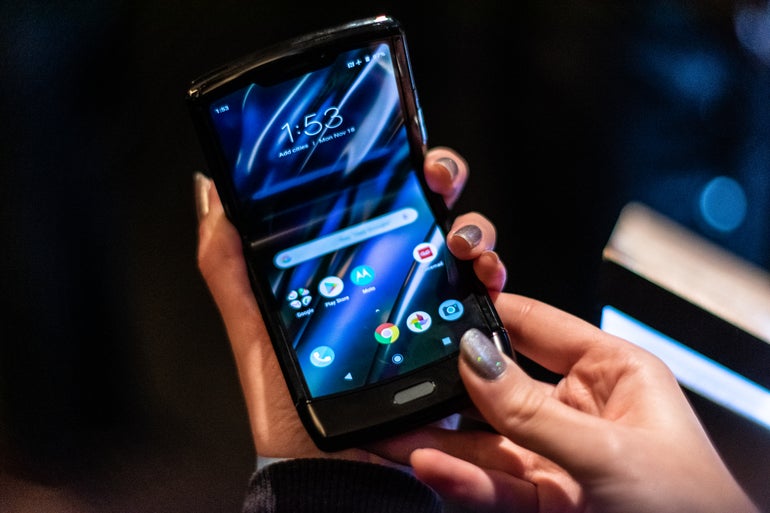 It also serves to protect the phone, as there’s no space for debris or dust to get into the mechanism.

3. There’s a second screen too

Don’t want to open it up every single time you want to check the time, or see a notification? You don’t have. There’s a second screen on the front of the phone for handling at-a-glance usage.

This 2.7-incher lets you reply to messages, makes a contactless payment with a tap, control your music, take selfies, use Google Assistant and toggle your wi-fi, Bluetooth, mobile hotspot and more. And all without even opening the phone.

Convenience, thy name is razr.

4. It’s a marvel of engineering 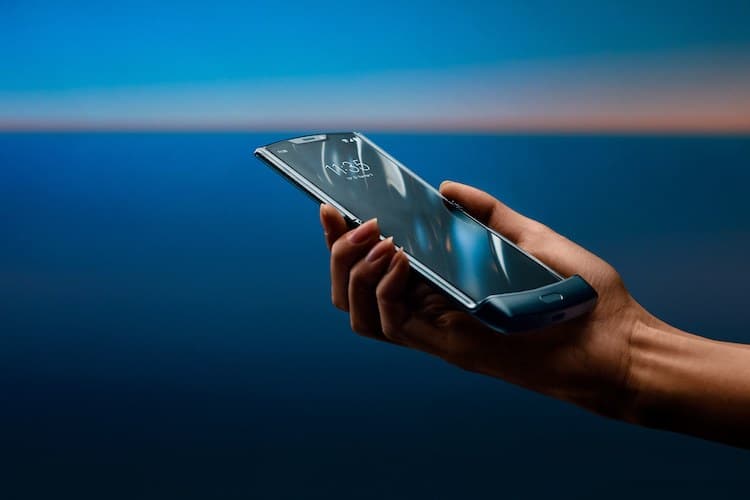 As you can imagine for a device like this, Motorola pulled out all the stops on the design front.

As well as the zero-gap screen hinge, the firm re-engineered the phone’s antennas to fit in a space half as big as on other phones, and coated the device to make it water-resistant for splashes. Which should give you peace of mind when it starts bucketing it down.

5. It has an advanced camera

Now you don’t have to press the shutter to take a photo. Thanks to the auto smile capture feature, AI (artificial intelligence) will recognise when everyone in the frame is smiling and snap it for you automatically. So you don’t have to worry about timing it just right – let the phone do the work instead.

AI can also detect what kind of scene you’re shooting – be it night time, snow scene, sunset, or something else – and automatically adjust the settings for you. Again, the phone does the work so you don’t have to.

The razr’s battery lasts a phenomenal 28 hours on a single charge, so you won’t have to juice up before going out to dinner. And when you do need power, it delivers fast: just a few minutes of charging will give you hours of power thanks to its TurboPower fast charging technology. Essential when you have to leave in a hurry.

You don’t need to worry about it being slowed down by bloated preinstalled apps or unnecessary software ‘skins’. It runs pure Android instead, giving you the stripped-back experience of Google’s mobile operating system.

It runs the latest version too (Android 9 Pie), giving you access to all the newest features. And because there’s no Motorola software to deal with, you’ll be one of the first in line when it comes to Android updates. So no waiting to get the newest features.

8. The capitals are gone

The original handset was called the Motorola RAZR. The 2019 model is the Motorola razr. It’s a subtle, but significant change.

A truly innovative device that is sure to create a whole new category of smartphones.