TikTok has taken the world by storm. But what is TikTok? Originally known as Musical.ly, it’s a short-form video streaming app that allows users to create and share 60-second long video clips from their mobile device.
Share this guide 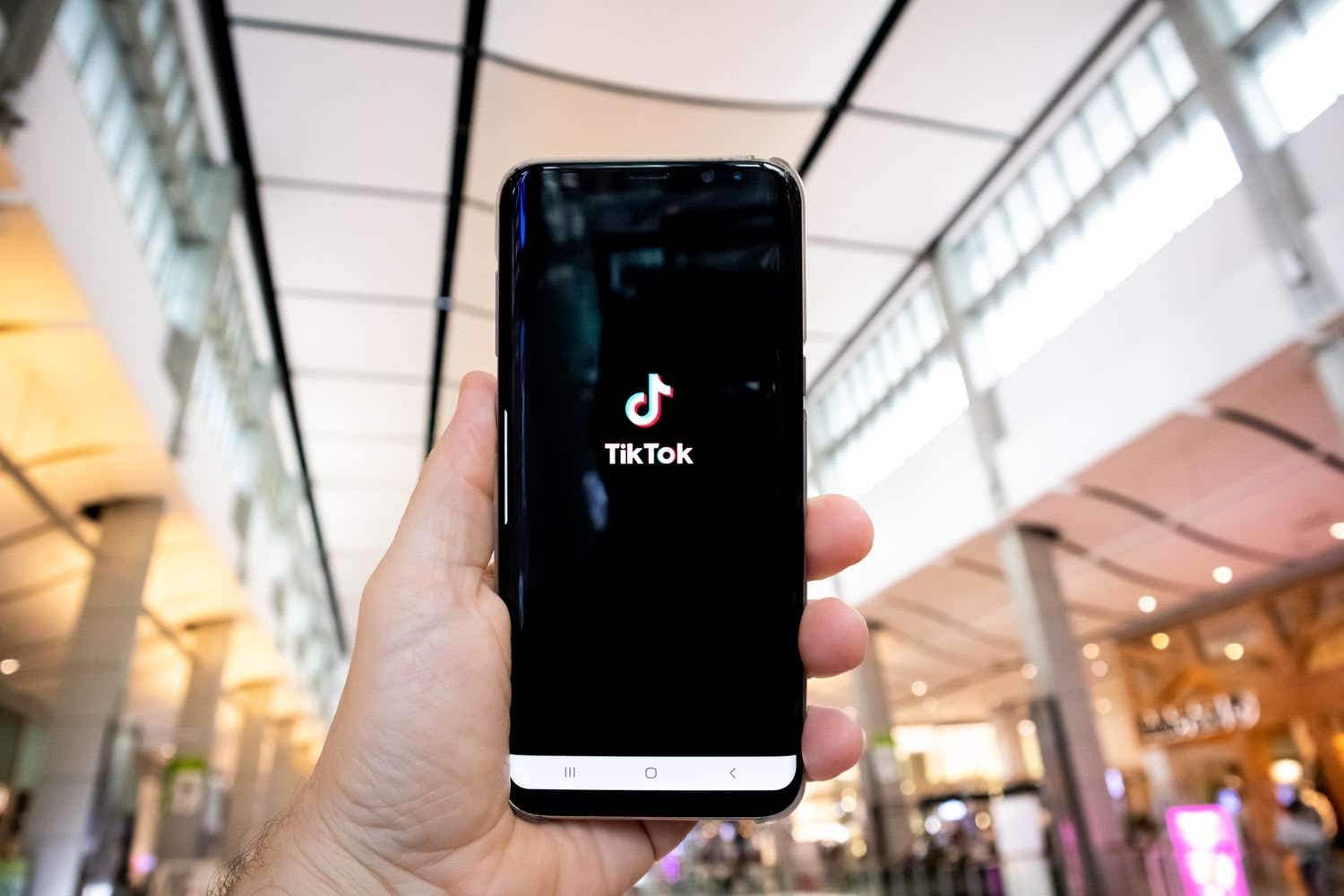 Over the last 12 months TikTok has become one of the world's most downloaded apps with around 689 million monthly users and claims anyone can go viral due to its unique algorithm and “for you page”.

Whether you know your Renegade from your WAP, or your Ratatouille the Musical from your whipped coffee, TikTok has got Gen Z hooked! It has become the most in-demand platform to market your music. Artists are finding success after their songs go viral, with Gen Z creating lip-sync, dance routines, or challenge videos to their music. 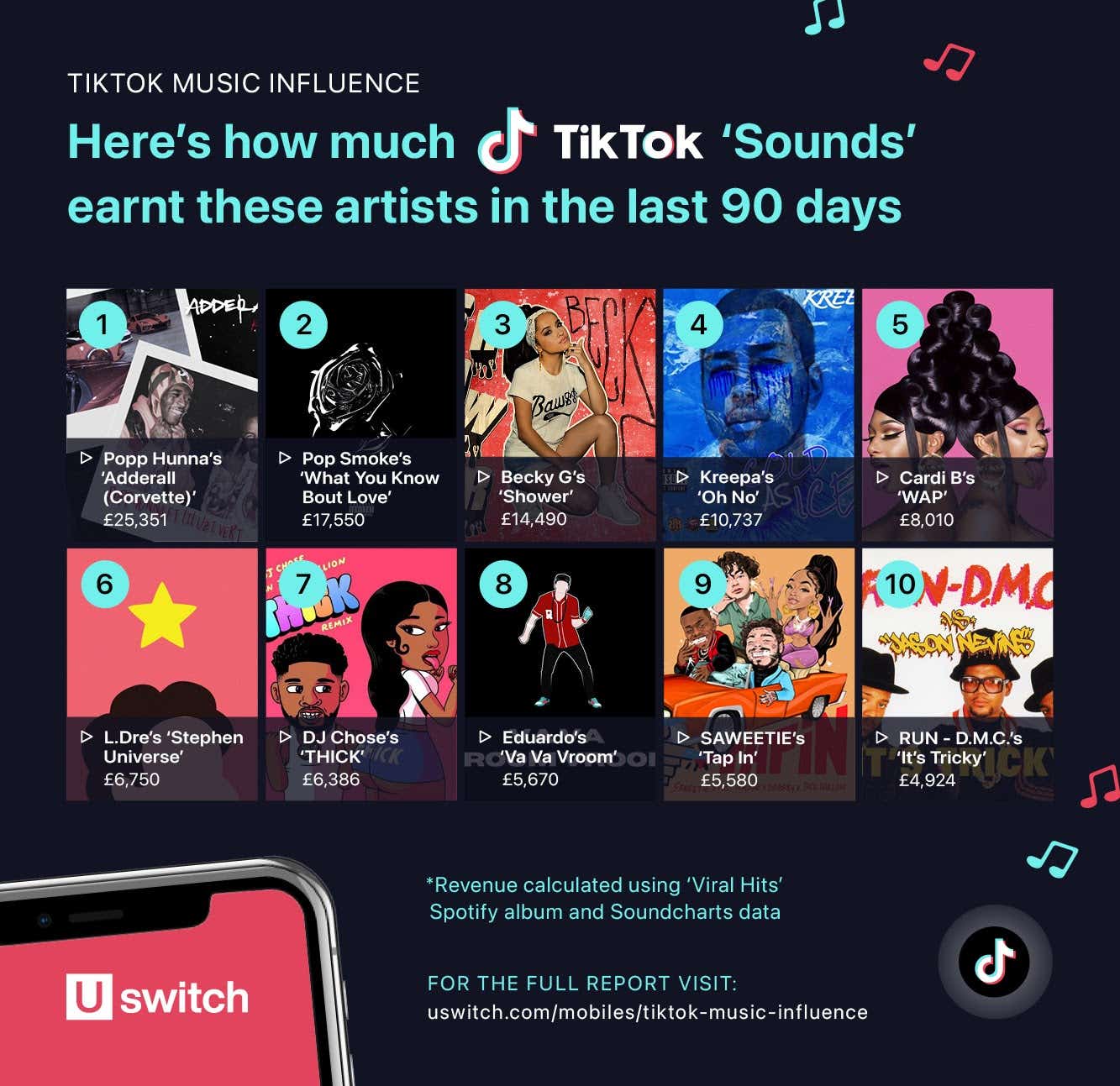 Taking the top spot is Pop Hunna’s ‘Adderall (Corvette)’. Since the single’s release in October 2020, the sound has had over 27.1 million videos made on TikTok. In the last 90 days alone, Pop Hunna has made £25,352.29. To put it into perspective that’s almost more than the UK national average wage. The popularity of this song has increased his Spotify followers by nearly 7,000 in a month.

In comparison, Cardi B and Megan Thee Stallion’s smash hit ‘WAP’ came in at 5th place. The hit that landed the duo number 1 on the UK Top 40 in September 2020 has increased their Spotify followers by nearly 400,000 in the last 28 days. Despite this, they only made £8,010 from the hit over the last 90 days from TikTok, which is almost £20,000 less than Pop Hunna. 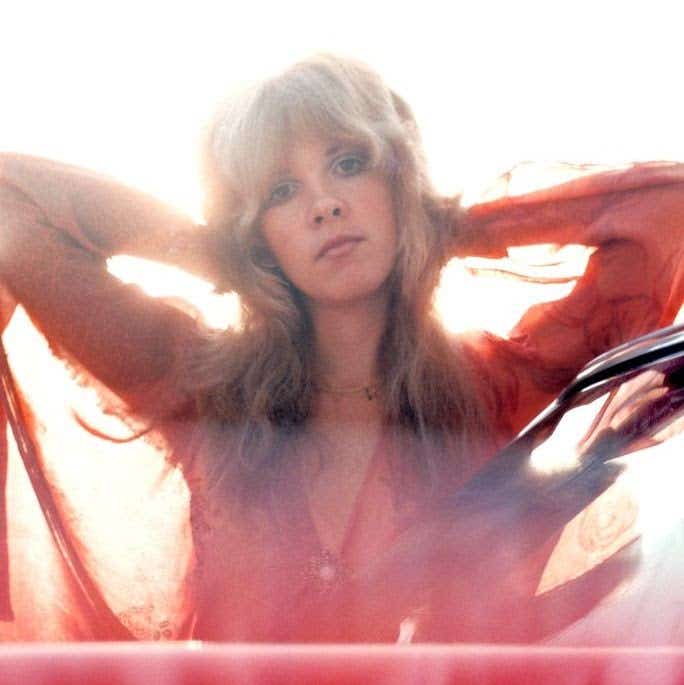 TikTok's viral videos have even seen some 80's classics make a comeback - like Run DMC's 'It's Tricky' which has made its way into our top 10 list. With over 5 million videos under the sound, it’s not hard to see why Gen Z fell in love with its catchy beat. Run-DMC has pocketed £4,924 over the last 90 days from the sound alone, which could make the group nearly £20,000 a year just from TikTok.

Similarly, Fleetwood Mac found its classic hit album ‘Rumours’ re-enter the charts and rank 7th on the Billboard 200 in October 2020. This was thanks to a viral video of a man skateboarding while sipping cranberry juice to the song, a video which currently has 12 million likes.

Popular songs are being used in viral memes

TikTok isn’t just teens lip-syncing and dancing in their bedrooms. Many have found fame creating comedy skits using music to add comedic effect to their videos. Kreepa’s ‘Oh No’ has been the soundtrack to many viral memes on the app, with people using it to show things going wrong.

Whether Kreepa could have predicted what millennials would do with his song or not, he can thank them for the £10,737 he has made over the past 90 days. Despite gaining the least amount of Spotify followers, 827 in the last 28 days, he could still cash in £42,928 a year from this song alone on TikTok.

TikTok has the potential to launch careers 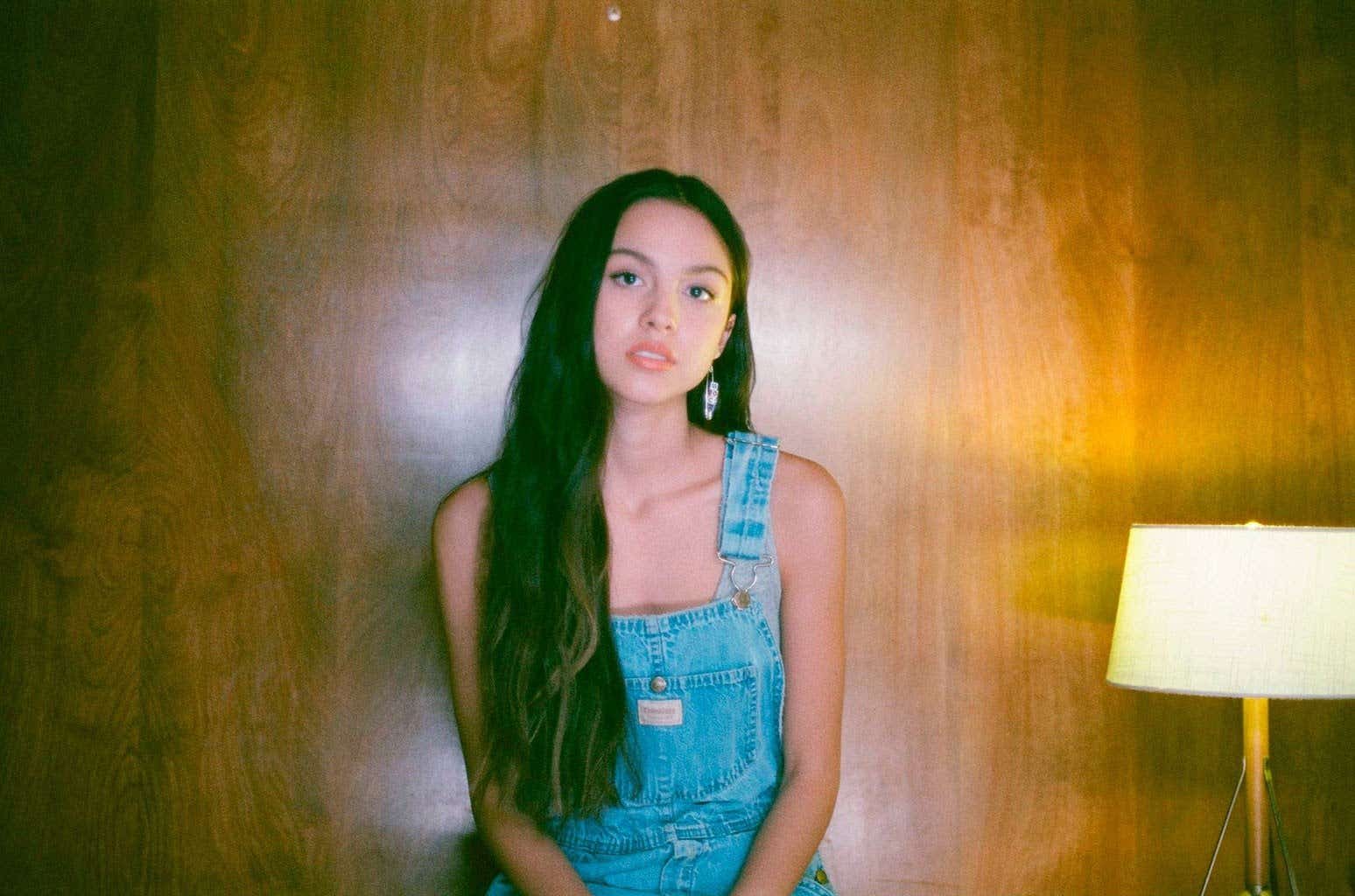 TikTok has the potential to launch new musical careers. Olivia Rodrigo released her song ‘Drivers License’, a teenage heart-break song that could rival Taylor Swift, in January 2021. With over 3.5 million videos under the sound, the song quickly shot to number 1 on the US iTunes charts. ‘Drivers License’ explores Rodrigo’s feelings of heartbreak, which led to many on TikTok trying to find out who the song was about. This only added to its success. If shooting to the top of the charts wasn’t enough, ‘Drivers License’ could make up to £8,192 from TikTok in 2021, and has boosted her Spotify followers by nearly 500,000 since its release in January.

Rodrigo isn’t the only singer to launch their musical career from TikTok. Postman, Nathan Evans, shared a cover of ‘Wellerman’, which quickly led to the sea shanty craze and landed him a record deal with Polydor. The success of the sea shanty trend can be attributed to the focus on “joining in”. Users took advantage of the “Duet” feature on TikTok to share videos of themselves adding harmonies, instruments, and other elements. The hashtag #SeaShanty has over 3.1 billion views and has been featured on the BBC and The Late Show with Stephen Colbert. Celebrities, including Andrew Lloyd Webber and Gary Barlow, have also posted their own sea shanty videos on TikTok.

TikTok might be one of the fastest-growing social media platforms, but its influence can be seen across other social networks too. After artist Frances Forever’s song ‘Space Girl’ went viral on TikTok, with over 500,000 videos using her song as a ‘sound’ on the app. As her song went viral, she saw a 93% increase in Instagram followers during the same period the viral trend skyrocketed on TikTok.

This is only the beginning for TikTok. It has been reported that the social media app is trialing longer-form videos of up to three minutes, with many predicting it will rival the likes of MTV, encouraging Gen Z to spend more time on their phones. To make sure your mobile is up to your TikTok viewing needs, compare mobile phone deals.

We used ‘Viral Hits’ Spotify album and Soundcharts data to calculate the revenue of the top 50 artists. By looking at songs popularity as sounds on TikTok over a certain time period, we were able to monitor the changes in trends in chart position, streams, social media following and therefore Spotify earnings revenue.

“Sound” refers to the accompanying music track on a TikTok video, which in this case uses and samples specific songs from artists in our study.