Islam forbids borrowing or lending money in exchange for interest, which means some Muslims prefer to avoid standard mortgages when buying property. An Islamic or halal mortgage has a slightly different process, allowing customers to respect the rules on interest when financing their home.
Share this guide 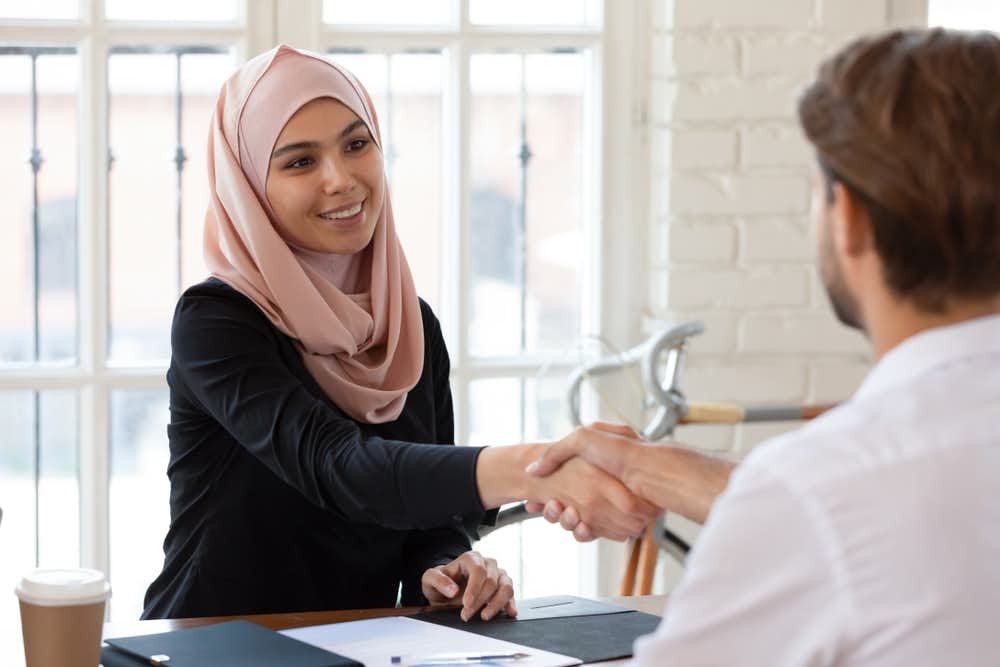 Find the mortgage that's right for you

What is an Islamic mortgage?

Islamic mortgages, sometimes referred to as halal mortgages or home purchase plans, are technically not mortgages at all. Mortgages are loans that are given in exchange for paying interest.

An Islamic mortgage is actually a Sharia-compliant home purchase plan. This means the bank will buy the property for you and either charge you rent on its share until you fully own it, which is the most common type in the UK, or sell it back to you at a higher price.

You will have a plan to pay it back in instalments, but there will be no interest involved. Either way, the bank still makes a profit.

In Islam, money is seen as something that should not have inherent value. The idea that it can accumulate interest and be worth more or less according to outside influences would suggest that it has inherent value in UK society, so under Islamic finance, the banks try to circumnavigate this by taking interest completely out of the equation.

How do Islamic mortgages work?

Just like buying a home with a regular mortgage, you will enter a contract with the seller and agree a price. Your Islamic mortgage provider will then buy the property from the seller with a deposit paid by you of between 5% and 35%. With a standard mortgage, the money would be transferred to you to give to the seller, and you would then be required to pay it back with interest.

With an Islamic mortgage, the bank owns the property and usually charges you rent, which also goes towards paying off a portion of its share each month, or sells it back to you at a higher price for a fixed amount each month. You still pay for the property in instalments just like you would with a standard mortgage, except that you do not pay any interest.

With a rental agreement on an Islamic mortgage, the rate could fluctuate but products usually have an initial fixed period like many standard mortgages.

Is my Islamic mortgage Sharia compliant?

Providers of Islamic mortgages have supervisory committees made up of experts in Islamic finance and Sharia law to make sure their products are Sharia compliant and remain so by carrying out regular reviews. Any changes to products are assessed by them.

What fees will I need to pay on Islamic mortgage?

There is an admin fee just like on a standard mortgage but these are often lower than on mortgages. Islamic mortgages generally have fewer fees and charges related to them because they are not really mortgages.

An Islamic home purchase plan means the bank owns the property and you buy it from the bank rather than pay a loan back, so generally the process is slightly more straightforward.

Halal financing is generally becoming more mainstream though and, according to some, it is simply a matter of time before it becomes just as competitive as the standard mortgage market.

Do you have to pay stamp duty twice with an Islamic mortgage?

It used to be the case that you had to pay it twice with an Islamic mortgage. This is because your bank is buying the home first and then selling it to you when ownership is eventually transferred to you and stamp duty was charged on both. However, the law was changed in 2003 to stop this.

Where can you find an Islamic mortgage in the UK?

Islamic mortgages are in short supply, which is why they are often far more expensive than standard mortgages. The Al Rayan Bank (formerly Islamic Bank of Britain) and Gatehouse Bank are two providers of halal mortgages in the UK.

They provide Sharia-compliant mortgages as well as other Islamic financial services, including halal savings accounts.

Islamic finance is on the rise, and it's not just aimed at Muslims. Part of the reason why an Islamic mortgage is Sharia-compliant is due to the ethics of the bank. For example, Islamic banks will not use their profits to invest in gambling, alcohol, tobacco or pornography. This is one of the reasons why non-Muslims are also interested in taking out Islamic mortgages.

What are the risks of an Islamic mortgage?

If you pay rent, the cost can go up or down according to the market. Islamic mortgage lenders will usually have a fixed rate as an introductory offer on these kinds of agreements though.

Despite this risk, you may still end up paying less in the long run than with a plan where the bank sells the property back to you at a higher price for a fixed amount each month. However, these give you more clarity about the cost from beginning to end.

The bank is also assuming the risk with the customer because, regardless of what happens in the economy and to interest rates, the price it charges you will stay the same throughout your agreement to buy it back.

As with a standard mortgage, if you fall behind with your payments you could be fined and ultimately have your home repossessed by the bank so it can sell it to get its money back.

Islamic mortgages are regulated by the Financial Conduct Authority in the same way as all standard residential ones so you still get all the same consumer protection.

What does a ‘good deal’ for an Islamic mortgage look like?

Compare your costs with a standard mortgage and see what kind of deal you are getting. Factor in all the different setup fees involved and see how they vary in cost.

With everything considered, if you are only paying slightly more on your Islamic mortgage than on a standard one you’re probably getting a good deal.

Find the mortgage that's right for you