In the latest boost to the UK’s gigabit broadband rollout, the government has announced another round of locations set to benefit from Project Gigabit’s £5bn broadband network expansion.
Share this guide 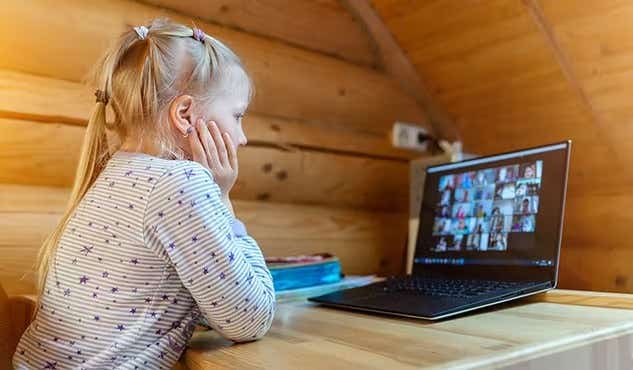 The money will go towards supplying full fibre broadband and other fast broadband technologies to millions of hard-to-reach homes and offices across the UK.

Capable of 1Gbps (or 1,000Mbps), this is over 25 times faster than normal fibre broadband (called fibre-to-the-cabinet), which still relies on slower copper phone lines to work.

Read on to find out more about the new government-backed broadband rollout scheme, and how it could affect your broadband speeds in the future.

What is Project Gigabit?

The phrase ‘Project Gigabit’ is new, but the plan has existed for quite a while.

Initially announced in the Spring 2020 Budget but held back by delays and revisions, it’s based on the government’s pledge to ensure 85% of UK properties have access to gigabit broadband by 2025. Though it has changed somewhat since it was first announced.

Aimed at providing rural and remote properties with future-proofing broadband speeds, Project Gigabit will allow full fibre providers and other gigabit technologies to connect the hardest to reach areas of the country for a very low cost.

An extra £210m of the funding will also go to boosting the government’s Gigabit Broadband Voucher Scheme.

This initiative makes it easier for rural residents and businesses to afford the installation of gigabit broadband at their property, without having to wait for Project Gigabit-funded providers to lay cables in the local area first. Vouchers will be worth up to £1,500 for residents and £3,500 for businesses.

Project Gigabit is one of many projects currently underway to ensure full fibre (also known as fibre-to-the-premises) and other gigabit broadband connections can be accessed by every property in the UK this decade.

However, the particular focus it has on giving access to people in hard-to-reach areas who have very few options available will hopefully ensure that no household is left behind.

See our guide to gigabit broadband to learn how it works and what its speeds can do for you and your household.

You can also learn more about the different types of fibre broadband available in the UK here.

How is Project Gigabit different from other full fibre rollouts?

There are many network providers already building their own full fibre broadband infrastructure and expanding them across the country.

However, since these rollouts rely more on providers’ own budgets, there’s a limit to the areas where they can afford to supply and install fibre-optic broadband cables. Some neighbourhoods are so remote that it actually costs more for a provider to lay cables there than they could make back in revenue.

To combat this, Project Gigabit’s funding will go directly towards helping providers perform these very rural installations. This will allow providers to expand their networks to all possible homes, regardless of commercial interests or economic viability.

There’s also a plan for locations that fixed-line broadband has no chance of ever reaching, such as fully isolated properties in very remote locations. The team behind Project Gigabit is looking into supplying ultrafast 5G mobile broadband and satellite broadband connections to these areas, so they can still access very fast internet speeds through the UK’s mobile networks.

When and where will Project Gigabit be rolled out?

The scheme will take a phased approach to connecting rural and remote areas of the UK. It’s important to note that the Project Gigabit rollout plan is for a proportion of properties in each area, not every property.

The first phase will see over a million home and business owners have full fibre broadband made available to their property. Nearly half of these properties will see installations in the area start in the first half of 2022, and the rest will follow shortly afterwards.

Here are the locations currently set to benefit from Phase 1a of Project Gigabit. Roughly 500,000 properties within these areas will exoect to see installations in the next year:

Parts of Essex and Dorset are also expected to be involved in this phase, but they will be organised by local suppliers rather than rural ones.

Phase 1b will see an additional 640,000 properties added to the UK's gigabit rollout:

According to its delivery plan, the government intends to conduct a market review in the next three months to start preparing for the next phase of Project Gigabit’s rollout.

While it hasn’t officially confirmed the regions for Phase Two, it outlined a number of areas that it intends to include. Once again, bear in mind that these will be for select locations within these regions:

The locations in the final phases of Project Gigabit will already have a substantial presence of gigabit broadband in the area.

While not every property will have access to these speeds, providers are well underway with their own network expansions in these areas, so government intervention could actually do more harm than good to their progress so far. Having a sudden influx of public funding could potentially disrupt the commercial investment already made in these areas.

As a result, specific parts of the following locations are still included in the plan, but they will be addressed last in order to allow providers’ nearby commercial operations to take place first:

What are some of the slowest areas of the UK for broadband? Take a look at the streets with the poorest internet connection.

Contracts for the devolved nations have only recently been let, so funding is starting to be allocated and regions are beginning to be set out for the rollout.

Each nation already has its own full fibre broadband rollout project that is somewhat underway, but the additional funding from Project Gigabit will aim to accelerate this.

If your area hasn’t yet had full fibre installed, you might be able to switch to a faster deal while you wait. And if you’ve been using your current broadband package for at least a couple of years, you’re likely paying much higher prices than you should be for the internet speed you’re getting.

Compare broadband deals with Uswitch to find a package that suits the needs of your household.