How to get broadband without a landline

Looking for broadband without line rental? No problem — browse a range of ways you can ditch the landline.
Share this guide 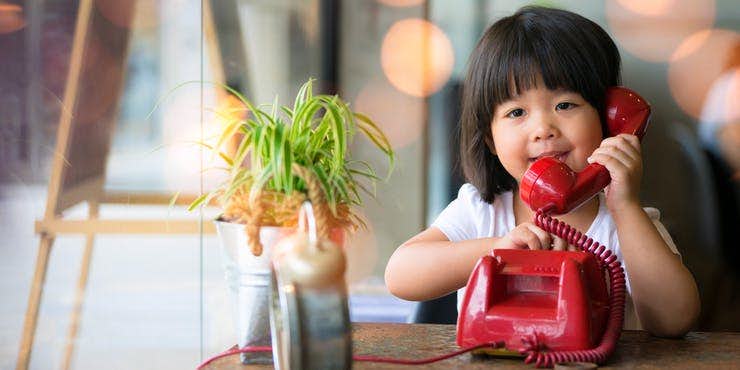 If you're like a lot of UK households, you'd probably rarely use your landline. According to our research, four million homes have disconnected their landline altogether since 2000.

In fact, we found that of the 80% of homes that are still connected to a landline, 26% don't even have a handset plugged in. Meaning a large number of broadband customers are still paying for a landline just because they think they need to.

Can you get broadband without a landline?

Yes, it might be possible to get internet with no phone line. But this will depend on whether the right broadband network is available in your area.

Unfortunately, for those looking to do away with their home phone line, it's still needed for the types of internet connections that rely on a copper phone line to get to your home.

The five ways you can access broadband in the UK are ADSL, fibre-optic, Virgin Media's cable network, 4G or 5G mobile broadband and satellite broadband.

Each of these connections have their own benefits and downsides, and some have more limited availability than others if you want to get broadband without line rental.

Asymmetric Digital Subscriber Line, or ADSL broadband for short, is available to almost everyone in the UK. It's delivered exclusively via the UK's copper phone line network, so you’ll need a landline in order to access the internet on this connection, even if you don’t want or need one for calls.

If ADSL is the only type of broadband available at your property, then it looks like you’ll need to keep paying for line rental and service charges in order to maintain access to your broadband.

It may actually work out to be cheaper to upgrade to a fibre broadband connection if you've been on your ADSL connection for more than a couple of years.

You can check broadband in your area with our postcode checker to see which packages and speed are available to you. But even if you do upgrade to fibre, most of these connections will also require a landline to work.

Broadband in my area

Choosing a fibre or cable connection will mean you'll more likely be able to get Wi-Fi without a phone line, but it will depend on what type of fibre broadband is available in your specific area.

Fibre-to-the-cabinet (FTTC) broadband offers superfast speeds between 30-70Mbps and is by far the most widely-available fibre connection, at 96% of the UK. But it still uses the same copper phone lines as ADSL to get to your home, so you'll still need a phone line for this type of broadband to work. It's just the journey from the broadband exchange to your local street cabinet that'll be replaced with fibre.

However, there are new, fast-growing full fibre networks that you won't need a landline for. And if you can't access that yet, you could still have options with other types of broadband too.

So how can I get home internet without a phone line?

In order to get fixed internet without a landline, you’ll need to have access to full fibre broadband (also known as fibre-to-the-premises) or Virgin Media's cable broadband.

These are the only fixed-line broadband services that deliver a signal to your home without the need for phone lines. But they come with one huge benefit — they are capable of much faster broadband speeds, with ultrafast broadband and even gigabit (1Gbps) connections available.

At the time of writing, full fibre is still fairly limited across the UK at around 28% of national coverage, and cable is only available from Virgin Media, which covers around 52% of the country.

So while full fibre broadband is widely available, it's not the same as full fibre as it still requires a landline to connect to your home. In these cases, the chances of getting broadband without a landline are slim, and if you’re looking to bundle broadband and TV deals without a phone line, the options are even more limited, unfortunately.

Other types of no landline broadband

Your best bet if you want to get broadband without landline rental, but you can’t access the above services, is to consider mobile broadband. With 4G essentially becoming the standard mobile connection in most areas, and 5G rolling out to an increasing number of locations, mobile broadband has a very wide amount of coverage and is getting faster than ever.

A 5G mobile broadband hub could legitimately compete with some ultrafast fixed-broadband speeds, so it may be a great alternative if you don't want to keep paying for a landline you never use.

Another option that doesn't require a landline is satellite broadband. This currently has low coverage across the UK, but it's growing in popularity and availability thanks to Elon Musk's Starlink project, which is now available in the UK.

It's mainly designed for people in remote areas who can't access a fixed-line connection or a good mobile signal. It's also quite expensive right now, given how new the technology is. But if you've exhausted all other routes, it could be a viable option.

If you have access to either full fibre broadband, cable broadband or 4G/5G mobile broadband, you could say goodbye to your traditional landline and still access great broadband speeds. So here are some pros and cons of each: 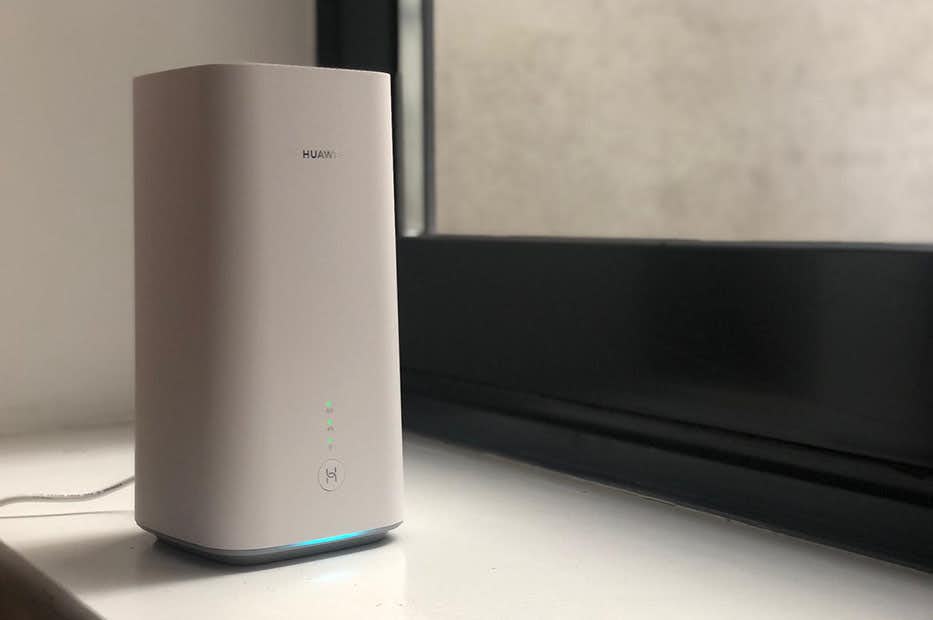 If you’re set on getting broadband without a landline, then mobile broadband may be a good solution. Mobile broadband that runs on a 4G network will have average speeds of 24Mbps, which would be enough for basic online activities like email, Facebook, video calling and a bit of streaming.

You can purchase a mobile internet dongle from a number of UK networks. Once a SIM card is inserted it operates like a mobile broadband router. Then just connect your various devices to the dongle Wi-Fi and you can access the internet without line rental.

However, a mobile internet dongle could be limiting if you wanted to have access to faster speeds or have multiple members of your household who need to be online at the same time. Streaming Netflix on speeds like this with a family who is also using the internet on their own devices could be frustrating and you'd spend a lot of time waiting for episodes to buffer.

Obviously, the big game-changer for mobile broadband is the rollout of 5G across the UK. If you’re in an area that has a strong 5G signal, your mobile broadband speeds could very well out-pace your fixed-broadband options, with download speeds of more than 200Mbps possibly in reach.

If you have a 5G mobile phone contract, you could also tether your devices to your phone to experience these speeds without a 5G broadband hub. But this is quite an impractical solution in the long-term.

Read our more detailed guide on how to tether your mobile phone.

Mobile broadband is a very flexible option, since it can provide you with broadband without a phone line and no contract*, and* it gives you access to your internet connection wherever you are. It's also often the cheapest broadband without line rental available.

Its biggest disadvantage is reception, as there are plenty of areas in the UK that have a weak signal. If you happen to live in one of these so-called ‘not-spots’ then mobile broadband won’t be a good option for you.

You should always check each network's coverage maps — especially for 5G — before making any mobile broadband purchases. 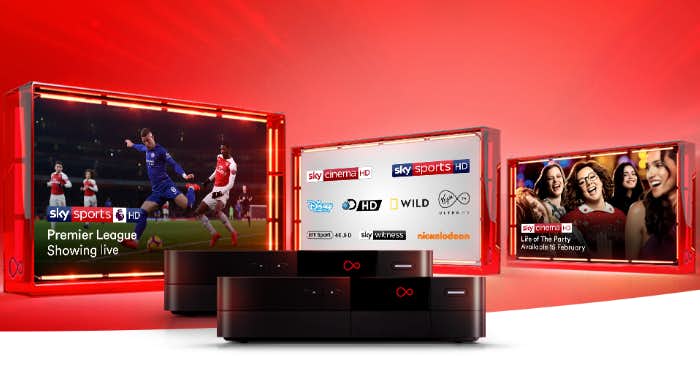 Even though some homes can get cable or fibre broadband without line rental, it can be hard to find a provider that actually offers Wi-Fi without a landline for most premises in the UK.

Currently, Virgin Media has the most widely-available fixed broadband network that doesn't need a phone line. Because Virgin Media operates independently on its own cable network, the company offers several broadband-only deals with no landline included.

However, it’s often the case that Virgin Media broadband packages with no phone line are actually more expensive than ones that include line rental. So even though you can get broadband without a phone line, it may still be cheaper in some cases to get a landline and just not use it.

Full fibre broadband, also called fibre-to-the-premises (FTTP), is the future of broadband for the UK. There is significant investment from both the industry and the government in rolling it out to as many properties as possible in the next few years.

It works by using fibre-optic cables all the way from the broadband exchange to your property, so no copper phone lines are needed for the connection. And since fibre cables can transmit more internet data than copper, it's a lot faster too. BT Full Fibre and Sky Ultrafast deals are two examples of the types of deals this technology can support.

Full fibre is capable of providing internet speeds of 1Gbps (that's 1000Mbps) and beyond, which will future-proof your home broadband for years to come. However, its coverage across the UK is still currently quite low, at just 28%. Not only does this mean it's not very widely-available at the moment, but its prices are often quite high as a result.

This won't be the case for too long, though. The network is growing incredibly quickly, and the government has plans for it to reach at least 85% of UK properties by 2025. So you don't have long to wait if you currently can't access it.

Openreach, the network that provides the majority of phone and broadband connections across the UK, is committed to switching over to entirely digital phone services.

BT, the owner of Openreach, plans to migrate all of its users from the Public Switched Telephone Network (PSTN) to Internet Protocol (IP) by December 2025, making copper landlines a thing of the past and allowing networks to compete directly with offerings such as Skype and WhatsApp.

In short, the plan is to move from an analog set up to a digital infrastructure. So, internet with no phone line could soon become the norm, but it's just not quite there yet.

Do you still use your landline?

In 2021, roughly five million households in the UK revealed that they never use their landline for phone calls, with more than a third (35%) stating that they only got the landline in order to access their broadband.

There were big differences reported between over-65s – of which 95% still had a landline – compared to just 52% of 18-24-year-olds. 83% of those that lived in rural areas also kept their landlines since mobile phone reception was weak or unreliable, unlike urban areas in which less than two thirds still had a home phone.

Finally, research from Ofcom in 2017 revealed that 29% of people said that the last person to actually call them on the phone was a nuisance call. So if you're weighing up the pros and cons of getting rid of your landline, now might be the time to switch to a broadband-only deal and save yourself some money.