Broadband is a type of high-speed internet connection that has surpassed dial-up as the standard way to connect to the internet.
Share this guide 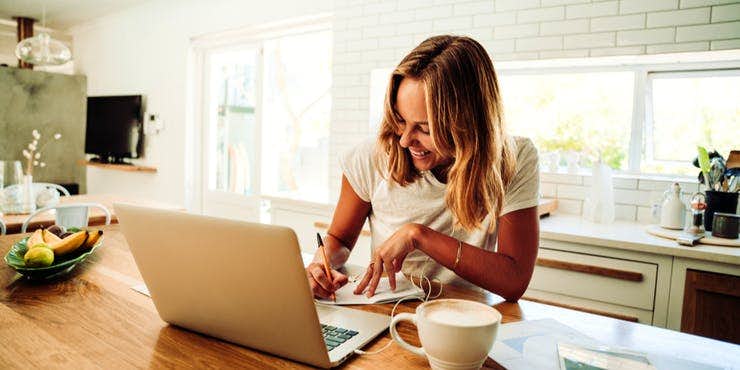 Broadband is a type of high-speed internet connection that has surpassed dial-up as the standard way to connect to the internet.

Broadband packages come in all shapes and sizes, from ADSL broadband to cable broadband and 3G, 4G and in recent years 5G mobile broadband. A broadband connection, like a telephone line, is never switched off and can be accessed at any time.

Broadband is the UK's most popular form of internet connection and is used by millions of people across the country. Broadband is actually a relative term because it can only be understood in context, i.e. as opposed to narrowband, which was the technology behind dial-up connections.

In the days of dial-up, you had to hang up the phone to use the internet. With broadband the frequencies can be split into channels, so you can use the phone on one channel and the internet on another.

If you can use your home phone while using the internet, you're already using broadband. If not, some form of broadband is almost definitely available in your area, so compare our best home broadband deals at Uswitch now and get up to speed.

For more information about broadband and to find out all the latest news, see our broadband news page.

What is ADSL broadband?

Asymmetric Digital Subscriber Line (ADSL) broadband is provided through existing BT phone lines, and is the most widely available broadband connection on the market. ADSL broadband comes from your local telephone exchange, owned by BT, through a fixed line access network made out of copper wires. These are the telephone lines in the street.

However, this doesn’t mean that you can only sign up to this type of broadband from BT. There are many other providers that will offer the service.

The information that you receive is a series of digital signals that come through these lines. These are then split into phone and internet by a microfilter, a small, plastic box that plugs into the main BT socket.

The speed of ADSL broadband depends on your distance from the local telephone exchange. Signal deteriorates over distance, so the closer you are to your exchange, the higher your speed. The age or quality of the copper wires can also have an effect on your speed.

To find out more, read our guide to ADSL broadband here.

What is cable broadband?

Cable broadband uses fibre-optic cables to transmit data. Unlike the copper wires of an ADSL connection, cables are partially made of fibre-optic material, which allows for far less signal degradation and much faster broadband speeds.

The other advantage of cable is that it also allows for the transmission of audio and visual signals. This is what allows you to get your landline and digital TV services from your cable broadband provider.

To find out more read the Uswitch guide to cable broadband here.

Not too long ago, the only providers to offer cable were Virgin Media and BT; however, now cable broadband is available from an array of companies.

Virgin Media operates its own cable network, which it bought from NTL:Telewest in 2008. Virgin's fibre service is now available to over 13 million homes in the UK, and the company has plans to extend this in the coming years.

BT also offers a fibre service called BT Infinity, which uses their existing lines. BT's network is also used by a host of providers, including Sky, TalkTalk and EE, for their own cable products.

What is mobile broadband?

Mobile broadband is transmitted over mobile phone networks and requires no cabling. Users are able to get online wherever there is a mobile phone signal, either by using a USB dongle or a MiFi. Dongles allow only one device to connect to the mobile network, but MiFis act like wireless routers, allowing multiple devices to connect.

3G and 4G mobile broadband is offered through all the major mobile phone networks, including:

EE, Vodafone, and Three also offer 5G home broadband. As the name suggests, 5G is the next step on from 4G. It is said to offer faster speeds which should make downloading and streaming media quicker and smoother.

5G is relatively new and isn’t as ubiquitous as 4G. While you are likely to find it in many major cities, it may not be in your area just yet.

Before you make a purchase, it’s worth checking with your intended network about the level of connectivity you should expect in your area.

All the major networks offer 5G for mobile phones, though not all mobile phones are capable of utilizing it. The big players such as Google, Samsung, and Apple have made 5G devices.

Although there aren’t as many options as there are for 4G compatible phones, you should still expect to be able to find a reasonably priced device with the feature.

It’s worth pointing out that you may be able to use your mobile phone’s 4G or 5G data as a Wi-Fi hotspot. When Hotspot is switched on via your mobile device, it creates a connectable Wi-Fi signal.

For example, if you’re doing work on a laptop and need an instant connection, then you can use your phone to give your laptop Wi-Fi.

Be aware that this will eat into your data plan, may not be as fast as a regular Wi-Fi connection, and your service provider may impose restrictions on heavy usage.