The big news of the week in the world of tech and entertainment was Apple’s live September Event. Streamed live to millions of viewers, the technology giant announced a slew of new products, from its online gaming subscription service ‘Apple Arcade’ to the well-hyped iPhone 11 series (read more on that here).

In other news, we finally got some more information about Apple’s upcoming streaming service, Apple TV+. 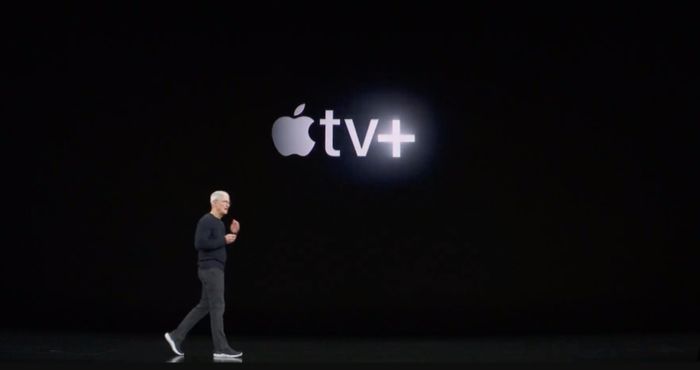 How much will Apple TV+ cost?

Apple wasn’t shy about sharing pricing details for its new streaming service — $4.99 per month — which, at the equivalent of renting a single digital movie, seriously undercuts industry leaders like Netflix ($12.99) and Amazon Prime Video ($8.99), and even fellow newcomer Disney+ ($6.99). It’s launching in over 100 countries around the world on 1st November.

What’s more, Apple is offering a free one-year subscription to Apple TV+ to anyone who purchases a new Apple product, in much the same way that it did when it launched its Apple Music service in 2015.

With so many streaming services appearing on the market, this is a great opportunity for Apple customers to test the waters of Apple TV+, streaming new and exclusive content directly to their new iPhone, iPad, or MacBook.

Apple knew what it was doing by keeping the release date a secret for as long as they did. When it launches its first slate of original programming on 1st November, it would’ve effectively beaten Disney+ to the market by almost two weeks. By the time Disney+ launches — 12th November for the US, though the launch date isn’t confirmed for the UK yet — Apple TV+ will have had plenty of time in the spotlight, giving it a chance to make a great first impression with new streaming customers.

What shows will be on Apple TV+?

Apple TV+ is set to launch with over 100 exclusive shows, however, that’s still small beans compared to the enormous catalogue of movies and TV shows available on platforms like Netflix and Amazon Prime Video.

At the September event, CEO Tim Cook previewed a number of high-profile shows that will be available for streaming on 1st November, including a trailer for See starring Aquaman himself, Jason Momoa.

Set in a world where all mankind has lost the ability to see, twins are born that could change the world.

The big star ticket show is of course ‘The Morning Show’ which will see Jennifer Aniston partner up with Reese Witherspoon and Steve Carrell in her first TV role since the finale of Friends.

In the meantime, check out the best TV deals available.