All deals are correct at time of writing.

Black Friday is bound to be a little different this year, with the high streets remaining closed and all of our gadget shopping being done online. But don't worry, you can definitely still get a great deal on TVs, games and consoles this year.

A number of TV brands are running Black Friday deals on their popular models — these are often ones that come with the brand’s flagship feature but are a lot more affordable than the top-end, £1000+ TVs.

Currys PC World has a range of high-quality Samsung TVs on sale for hugely discounted Black Friday prices this year. Our pick of the bunch is this 49-inch Samsung Q8 4K TV with QLED, Samsung’s flagship screen technology — currently £400 cheaper than usual at £899.00. 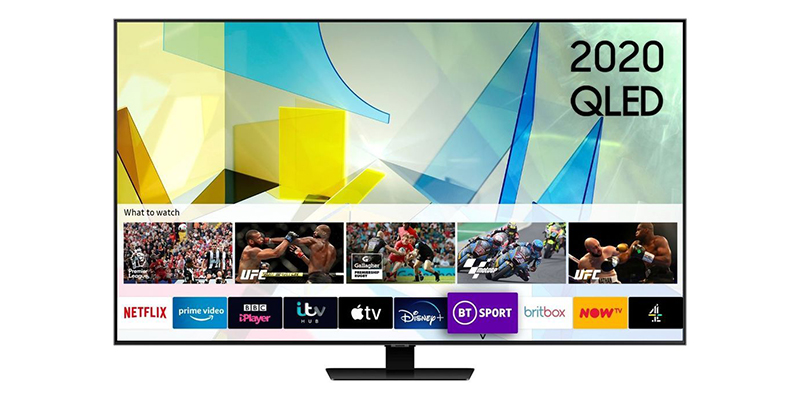 It has a 4K Ultra HD HDR display, as is standard with most new TVs, and is capable of upscaling lower-quality content into crisp 4K quality thanks to its powerful Quantum Processor.

The Samsung Q8 TV also has:

Samsung’s famed QLED screen technology is short for ‘quantum dot LED’, and is considered a hybrid of both LED and OLED screens. It still uses a backlight to power what you see, but filters it through a system of ‘dots’ that act like individual pixels, creating a much wider colour range. By comparison, OLED screens need no backlight at all, with each pixel lighting up by itself — OLED is the most premium screen technology but it’s very expensive as a result.

Not quite what you were looking for? See Currys’ whole range of Samsung TVs at Black Friday prices. 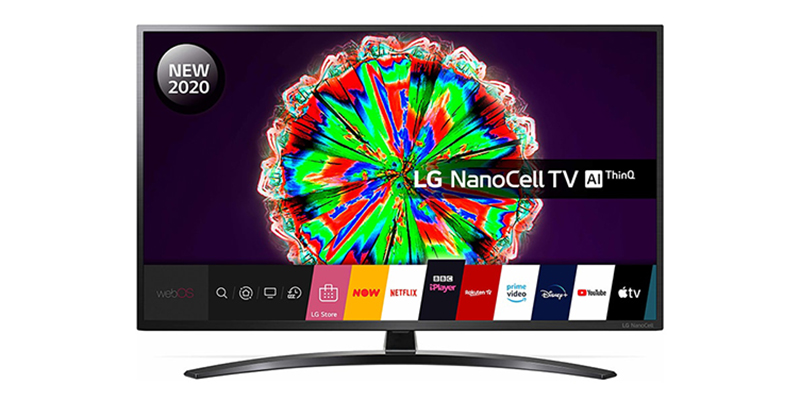 Amazon is running some amazing Black Friday deals on selected LG Smart TVs this year. You can get up to 20% off two of its NANO79 TVs, named as such because their 4K HDR screens use NanoCell — the most advanced LED technology in TVs today.

While they still can’t quite reach the cinematic heights achieved with OLED screens, LG’s NANO79 TVs offer the best picture quality, purity and colour range LED screens can offer. And they’re much more affordable than LG’s OLED models too.

Deals currently apply to both the 50-inch and 55-inch models. Key details for the NANO79 include:

Sony has made huge price cuts to its LED TV range this Black Friday, with many available on Currys PC World for £150 cheaper. 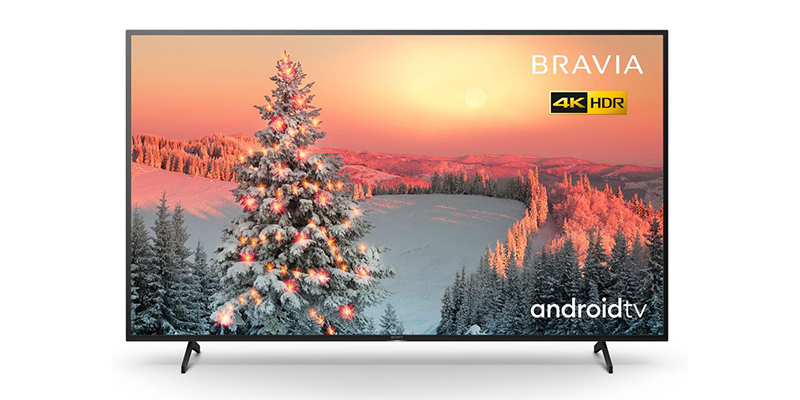 Take the 55-inch Sony BRAVIA XH80, for example — with this 4K tele you can still enjoy some of Sony’s Hollywood-influenced screen technology for just £649, down from £799.

One must-have feature in a TV is excellent motion display, and as experts in producing top-quality film, Sony has mastered its own incredible form of it with Motionflow XR. This feature works with a number of other components in the TV to give you a much smoother, more natural picture than other models. Sony knows it’s not just about the picture quality, so it has made a huge effort to ensure what you see is exactly what was shot. 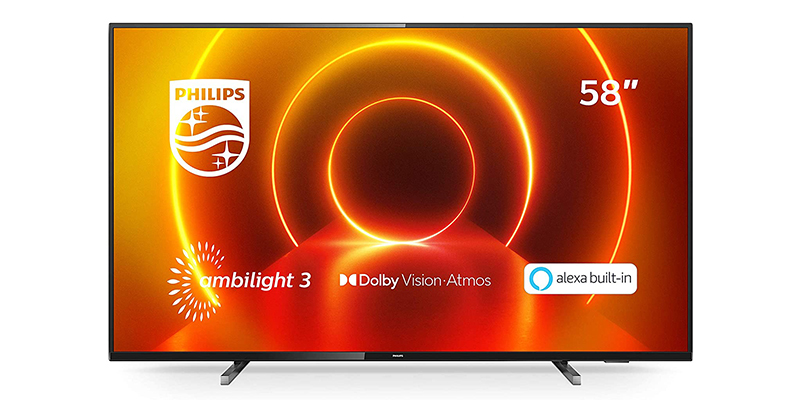 You can also find a number of 4K Ultra HD TVs from Philips in Amazon’s Black Friday sales. Enjoy more than 15% off four TVs in Philips’ stunning Ambilight range.

Ambilight is Philips’ exclusive TV technology. It features an extra array of LED pixels around the sides of the screen, emanating a beautiful hue of light outwards into your living room that changes depending on the colours on the screen.

Running from 43-58-inches, take a look at the discounted range of Philips Ambilight TVs this Black Friday.

Looking for a new pay-TV package this Black Friday? Browse the latest TV deals from Sky, BT, Virgin Media and more with Uswitch.

Black Friday and Cyber Monday are well-known as one of the best times in the year to grab a great deal on gadgets and electronics. And with the rise in popularity of home projectors for watching films and TV shows, we’re already seeing an abundance of Full HD projectors with heavy Black Friday discounts this year. 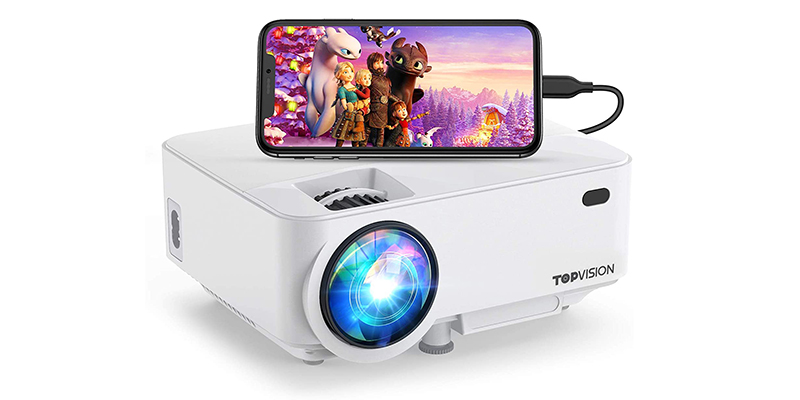 Connect your smartphone to this mini-projector for a full HD projection of your choosing. Just find what you want to watch on your phone, plug it in and play on its bright, clear display that’s capable of expanding up to 180 inches.

Get the Mini Projector TOPVISION Projector With Screen Mirroring for £62.99 on Amazon. 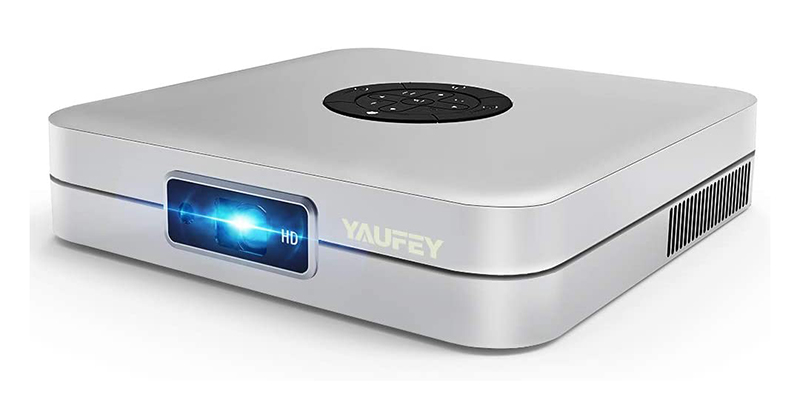 Connect wirelessly to this high-quality projector that not only supports 4K video but also 3D technology. It uses advanced DLP technology and incredible processing power to emit a 3D display — all you'll need is 3D shutter glasses (sold separately) to see the full effect.

Black Friday is a great time to take advantage of super cheap gaming deals, whether you're looking to play the latest blockbuster yourself in stunning quality or just fulfilling someone else's Christmas wish list.

Due to their release dates falling so close to Black Friday, we’re unlikely to see any heavy discounts on next gen consoles like the PS5 or Xbox Series X this year. Many of them were also reserved when pre-orders went live earlier this autumn, so there’s probably a lack of stock available to really drive the price down for Black Friday 2020.

If you missed out on the chance to pre-order an Xbox Series X or S when they first went on sale, and you’re struggling to find a place that has them in stock, you might be able to order one from your broadband or mobile provider.

Provided you’re either with BT broadband or have an EE pay monthly mobile contract, you’ll get a chance to order a next-gen Xbox console from their own stockpiles. Log into your MyBT account if you’re with BT to receive a code that’ll let you purchase one, or enquire with EE’s customer service team if you have a contract with them. EE will let you split the cost of the Xbox over 11 months interest-free by just adding the instalments to your monthly bill.

Online retailers are running a number of deals on Xbox One and PS4 games this Black Friday: