With domestic fuel bills rising, finding energy-efficient ways to heat your home is a priority.

So, what fuels are there to consider? And, what factors do you need to take into account when making a decision about what fuel to use for your heating?

What fuels are available for heating?

The fuels commonly available to householders for 'space' (room) heating include:

These fuels vary in many ways, including their cost, the cost of installing equipment to use them, convenience, availability and their CO2 emissions.

What domestic fuel is most commonly used in the UK?

Natural gas is the most widely-used heating fuel in the UK, it's also the cheapest option available to consumers. However, not all homes are on the gas network.

Gas is a 'fossil' fuel, which means it was formed from the remnants of living matter from millions of years ago. It's the cleanest of the fossil fuels - for each unit of energy or heat delivered, the CO2 emissions are half that of oil, and a third of those produced by coal.

Where does natural gas come from?

Britain's gas comes from its own gas fields in the North Sea, and from Norwegian gas fields. It also comes to coastal terminals from the Middle East and North Africa in compressed or liquefied form.

What about my bills, is gas a cost-effective domestic fuel and is the equipment I need expensive?

There are a number of gas suppliers and this competition helps ensure that gas is competitively priced. It's also easy to compare gas and electricity prices and switch to get the best deal for your needs.

Because gas is so popular, equipment that uses it — like boilers and hobs — are typically cheaper than similar equipment for other fuels. Gas is also easy to control — you can turn it on and off, and it delivers heat quickly when required.

My house isn't on the gas network, instead I have an oil tank — is this the most economical option?

There are close to 1.5 million homes which rely on domestic heating oil. When it comes to heating oil prices, oil fired central heating is generally a little more expensive than gas for heating, but is often the cheapest option in rural areas where there is no gas supply.

Oil is used mainly in boilers, but sometimes fires and cookers use it as fuel. An oil-fired boiler will typically be more expensive than an equivalent gas one, so oil fired central heating remains relatively rare.

There are two main types of domestic heating oil: kerosene and gas oil. Kerosene is more commonly used and represents better value as it is more efficient. This is reflected in kerosene prices so if you have a choice, opt for the latter.

I'm moving to a house that has oil central heating rather than gas, will I still have a constant supply of fuel to heat my home?

Unlike 'mains' fuels — gas and electricity — which are effectively 'on tap', oil is delivered in bulk and stored in a tank. It will be up to you to monitor your usage and ensure you place an order for delivery before your supply of oil runs out.

In this way, oil isn't as convenient as gas or electricity. It can also be problematic in terms of budgeting, as you may have to pay for the oil on delivery — although some suppliers offer the option of spreading payments over a number of months to eliminate this issue. If you keep an eye on your oil level and order in good time, then yes, you will still have a constant supply of fuel to heat your home.

Like gas, oil is quite easily controllable and delivers heat when required. Also, it has about twice the carbon content and emissions compared to gas per unit of heat delivered, but only about two thirds that of coal.

How can I get lower heating oil prices?

The easiest way to secure relatively cheap domestic oil prices is to keep up to date with wholesale prices. Due to the nature of the market (it’s pretty under-regulated compared to gas and electricity), it is worth using a recent report published by the government as a benchmark.

Typically suppliers make a minimum profit of roughly 4p per litre, so if the price you secure is anything like wholesale costs + 4p, then you’ve got yourself a good deal. Alternatively there are a few heating oil price comparison sites that you could use.

How do electric storage heaters work?

Storage heaters use cheap, off-peak electricity -- available with an Economy 7 tariff -- to heat up high thermal capacity bricks inside the storage heaters, and this heat is then released the following day.

The difficulty with storage heaters is that there is very little control over the release of the heat, and if it's insufficient it has to be topped up with heat produced from peak-rate electricity.

However, if the topping up is kept to a minimum, storage heaters offer a cost-effective means of warming a home if it doesn't have a gas supply.

How do Economy 7 and Economy 10 tariffs work?

Electricity used during the day is charged at a higher peak rate. Find out more about Economy 7.

I've heard that electricity has high carbon emissions, why is this?

The carbon emissions associated with electric heating are high - around three times those of gas and twice those of oil fired central heating, per unit of heat delivered.

This is due to the high amount of waste heat that is a by-product at electricity generating power stations. The lost heat also partially explains why the cost of electricity is so high compared to gas.

Are there any environmentally friendly ways to use electricity?

A recent growth area in electrical heating is ground, air and even water source heat pumps. Heat pumps can reduce the carbon emissions of electricity considerably — even achieving carbon emissions and fuelling costs below those of gas heating.

Ground source heat pumps (GSHPs) are the most popular and efficient. They work on the principle of making the ground colder while making the home warmer.

Ground source heat pumps have pipes containing refrigerant running under the ground and this refrigerant absorbs heat from the ground. The pipework is fairly extensive, so there's a need for a large area of land around a property to dig trenches.

The equipment, which includes a heat pump, underground piping and a heat exchanger to transfer the heat to the water-based liquid flowing around the pipes to the radiators, is expensive to buy and expensive to install.

However, they need little maintenance and may be a cost-effective option — in terms of running costs — if your home is not on the gas network.

Are there advantages to using electricity to heat my home?

Electricity use, like gas, tends to be easier to budget for than oil, and so can be better for those who want to spread their fuel payments.

In the long run, as the use of fossil fuels such as coal, gas and oil declines, and electricity generation 'decarbonises' — in other words, electricity is generated more from renewable sources such as wind and less from fossil fuels — more heating will come from electricity.

Is coal still an option for heating?

A few decades ago, coal was the default choice of domestic fuel in the UK, but its use has fallen with the development of modern central heating systems. However, it's still used in smokeless forms in solid fuel stoves, which tend to be used as a feature in living rooms.

As with oil, coal presents some issues with storage and it can be cumbersome to move it from its storage place to feed a boiler, although some coal-fired boilers have gravity feed options to lessen the need for topping up.

The introduction of smoke control areas — previously known as smokeless zones — means that only smokeless varieties can be burnt.

I've used bottled gas when I've been camping, is this an option for domestic heating?

Liquid petroleum gas (LPG) is not particularly commonly used, but it does offer an alternative to using oil in rural areas where there is no mains gas. 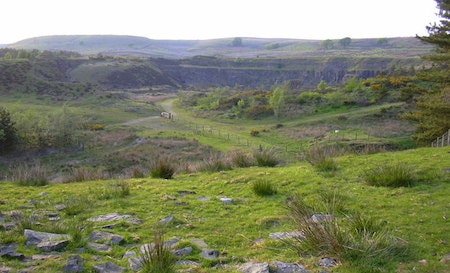 There are comparatively few suppliers — one well known example being Calor Gas. Delivery is either into a tank or in bottles, and the cost is similar to oil, although probably slightly higher.

Many gas central heating boilers are available in versions that burn LPG as well as gas fires and cookers, giving it an advantage over oil — for each unit of delivered heat, LPG has lower carbon than heating oil.

I've heard the term biomass, but what does this mean?

Biomass as a fuel consists mainly of wood. Wood is a low energy density fuel — you get less energy from a greater quantity — so a lot of storage space is needed if you have a biomass boiler.

This type of boiler is a feasible option if you live near woodland or you have access to waste wood, otherwise it can prove to be expensive. If you have to buy wood that has been transported considerable distances then it's no longer zero carbon.

Wood is often used as an additional or secondary fuel in a home - either burnt in a solid fuel stove or a traditional open fire.

Wood chip is available also for use in domestic boilers, where an auto-feed facility can provide heat lasting for a few hours.

What is district heating, what are the advantages and are we likely to see it in the UK?

District heating involves the supply of hot water through hot water mains to homes and businesses - the hot water feeds into the domestic pipework to warm radiators and provide hot water in the home. It eliminates the need for an individual boiler in the home, but a heat exchanger is required.

Popular in northern and eastern Europe, examples of district heating schemes in the UK are currently limited, but more are likely to be constructed over the next few years.

District heating uses large centralised boilers that can also generate electricity. Therefore, the cost of both the electricity and heat can be reduced, and carbon emissions are considerably reduced as well.

Is it practical to think of natural ways to heat my home?

Sunlight passing through windows naturally heats internal areas. Solar gain, as it's called, is often forgotten as a heat source. To take advantage of solar gain, a home needs large south-facing windows and smaller windows to the north.

When combined with 'thermal mass', solar gain can have a further beneficial effect on reducing the use of other fuels to heat your home.

Using a similar principle to storage heaters, the capacity of exposed bricks or concrete to hold warmth can be put to positive use. Floors and walls made of these materials will absorb heat when the indoor air is warm or there is direct sunlight falling on them. Later, when the indoor air is cooler, they will release the heat back.

Concrete or tiled floors will need to be insulated below the surface and walls will need to be solid, rather than stud partition. They will also need to have the brickwork or concrete exposed, or at most have plaster directly over the brickwork or concrete. In most homes plasterboards have a gap behind them, which unfortunately reduces the wall's effectiveness as a 'thermal store'.

Solar gain and thermal mass are of course free, but capturing it may require major refurbishment. Some advanced eco-homes rely on super-insulation and heat coming from sunlight, occupants and as a by-product of using electrical equipment.