Fixed mortgage rates are still competitive despite rates rising, but deciding on the right time to fix is difficult.
Share this guide

Mortgage rates have fallen to one of the lowest points sine the millennium, but how for much longer? The question is a hot topic for many homeowners and hopeful first-time buyers concerned about their repayments.

How much longer will low mortgage rates last?

The base rate set by the Bank of England determines how expensive it is for banks to borrow money and is a major influence of the rates they, in turn, lend at.

The base rate fell to a historic low of 0.1% in the midst of the covid pandemic. They are set to rise as the economy stabilises.

However, whether the Bank of England increases the base rate back to the significantly higher levels seen before the crash is yet to be seen.

Should I fix my mortgage rate this year?

Fixed rate mortgages give you a set rate on your mortgages for a number of years, helping you avoid worrying about whether interest rates (and your monthly payments) will go up.

Fixing a rate is something of a gamble given that you are effectively betting on rates going up. If they do, you could save a great deal of money in the long term. But, if rates remain low, or become cheaper, you risk missing out on the cheapest deal.

Fixing a rate can also be a savvy move for first-time buyers as they will know that if they can meet their current repayments they are secure in their new home for a number of years.

However, it's most sensible to approach the question of when to fix from a personalised perspective based on your own circumstances and forecasts of income and outgoings, or you could find yourself obsessing about the markets and factors beyond your control.

The lowest rates and longest fixes

After the 2008 crash, fixed-rate mortgages of 5-10 years all but disappeared. But they are making a comeback, with many lenders bringing out mortgages with fixed rate for 10 years at some of the lowest rates ever offered. 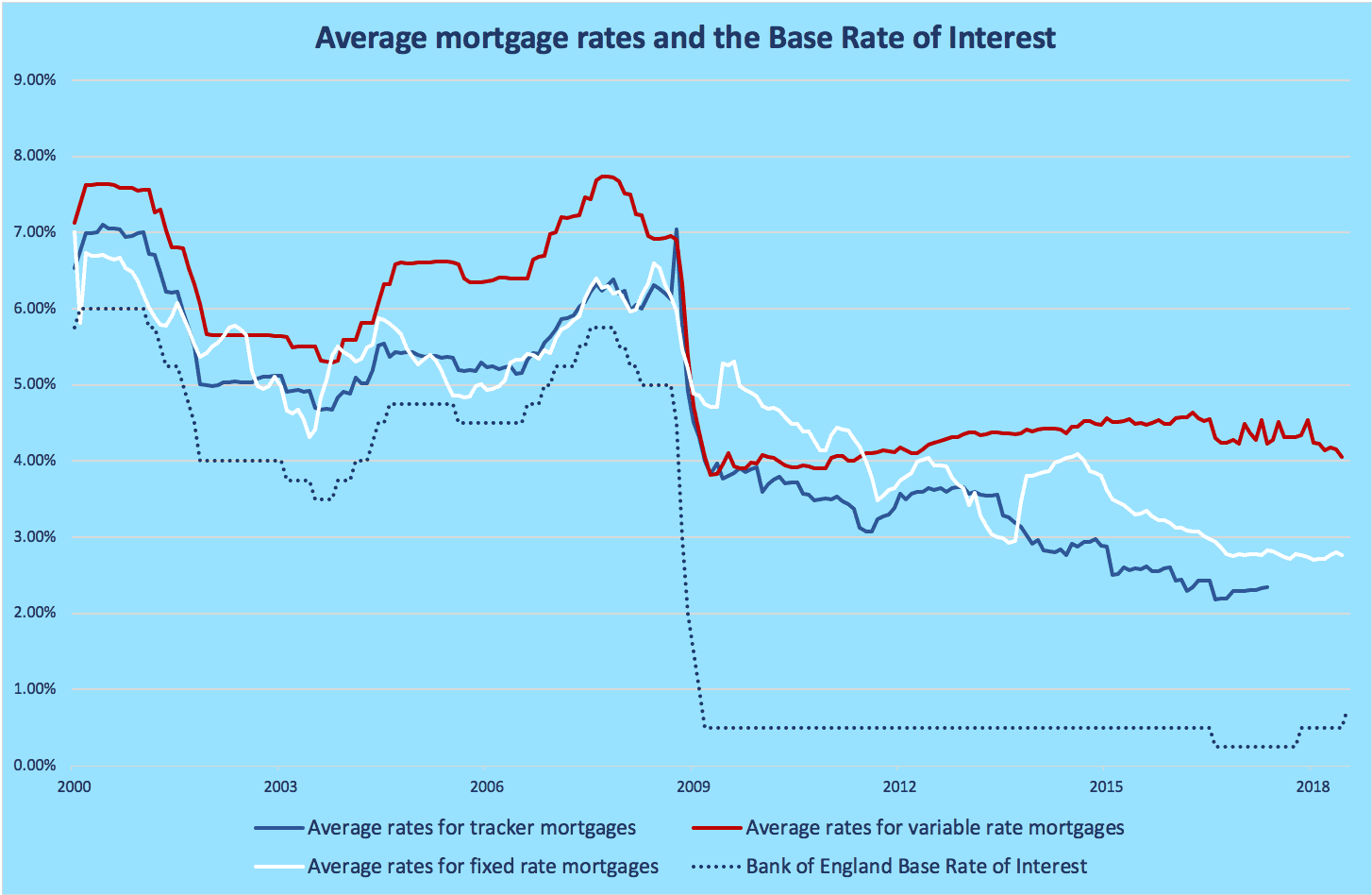 Getting a mortgage this year?

Without a crystal ball it's a tough call whether to choose a mortgage with a fixed rate.

While fixed rate mortgages are lower than they have been historically, it's impossible to guess how long they will remain so low, or if they could become even lower in the future.

It may be well worth your time comparing fixed rate mortgages against variable rates to decide if fixing your rate now might save you money in the future, or even protect you from your repayments becoming unmanageable.

Find a mortgage with a rate set for a number of years, giving you peace of mind that the price of your mortgage won't change.

Find a mortgage that tracks the base rate of the Bank of England. This means (in theory) the price of your mortgage will roughly move with how well the national economy is performing. Usually this means when times are good you'll pay more and less when times are tight.

Find a mortgage with a rate determined by your lenders 'standard variable rate' - traditionally the cheapest initial rate, but can it go up at your lender's discretion.