Every quarter, telecoms industry regular Ofcom releases its report highlighting the various trends in customers’ complaints — it’s a reality-check for the broadband and TV industry where customers can view the most and the least complained-about providers in the last few months.

Customer complaints data is a great tool for consumers that are shopping around for new broadband and pay TV services. With so many options available on the market, customer service is a key factor in knowing that you’ll be getting the best service, so it’s a big consideration to have when switching your provider.

Vodafone broadband has the most complaints 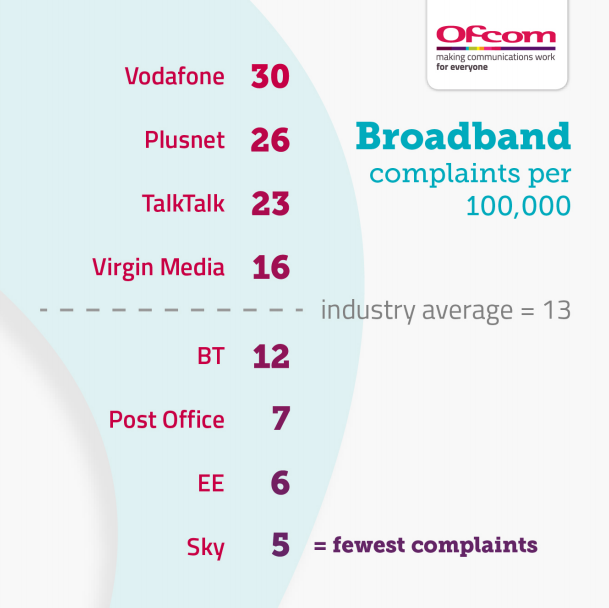 Vodafone is fairly new to the broadband market, and unfortunately it appeared to generate the highest volume of complaints per 100,000 subscribers in the last three months for its fixed broadband service.

38% of those complaints were about faults, service and provisioning issues, which was the main driver of complaints about broadband across the entire report.

Plusnet, TalkTalk and Virgin Media also received an above-average number of complaints per 100,000 subscribers this quarter: 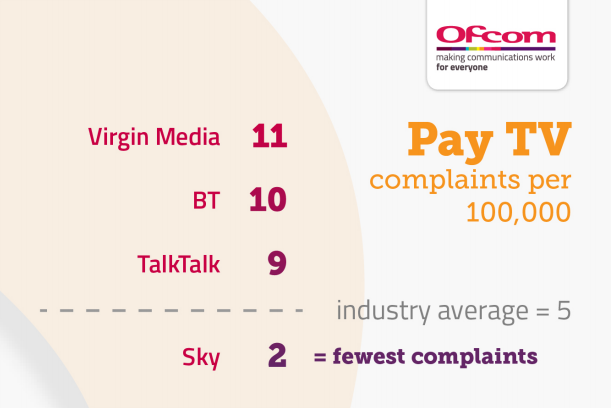 There are significantly fewer providers that bundle together broadband and pay TV, so the competition between the big four is pretty fierce.

In the last few months, Sky has received the lowest number of complaints about their pay TV service by a wide margin, with Virgin Media once again appearing significantly above the industry average –– alongside BT and TalkTalk.

Here were the main causes for complaints about pay TV this quarter:

EE and Sky landline services a cut above the competition 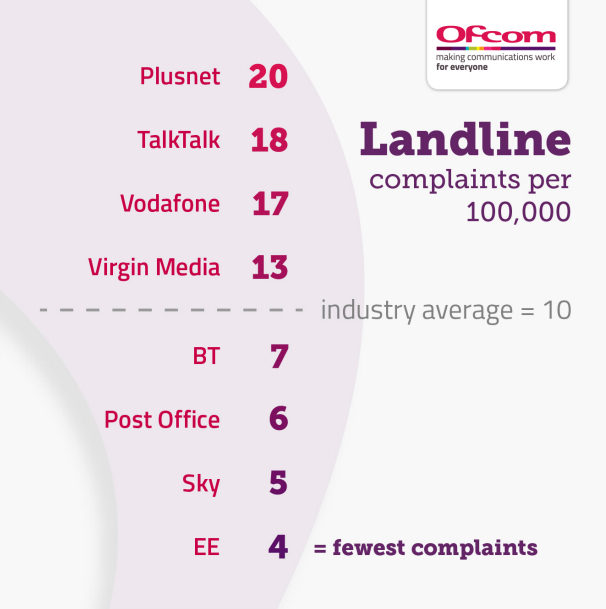 Sky also performed well in terms of its landline services, coming in just behind EE as one of the least complained-about providers of landlines.

The top spot in terms of complaints went to Plusnet who, despite working hard to improve their service to customers, are fairly familiar with the title of the most complained-about landline provider.

Dani Warner, broadband expert at Uswitch.com, says: “On the landline side, Plusnet saw the highest volume of customer complaints per 100,000 people, but it should be applauded for moving in the right direction, as its figures saw a huge reduction compared to six months ago,” said Dani.

Complaint numbers for telecoms services remained broadly the same as the previous quarter, but there was a general trend towards fewer types of concerns from customers.

The number one cause for complaints in each category of the Ofcom report was related to complaints handling, which shows that customer service is valued more highly than ever by consumers. Those customers that aren’t having their standards met have shown, time and again, their willingness to leave their current provider when things go wrong. 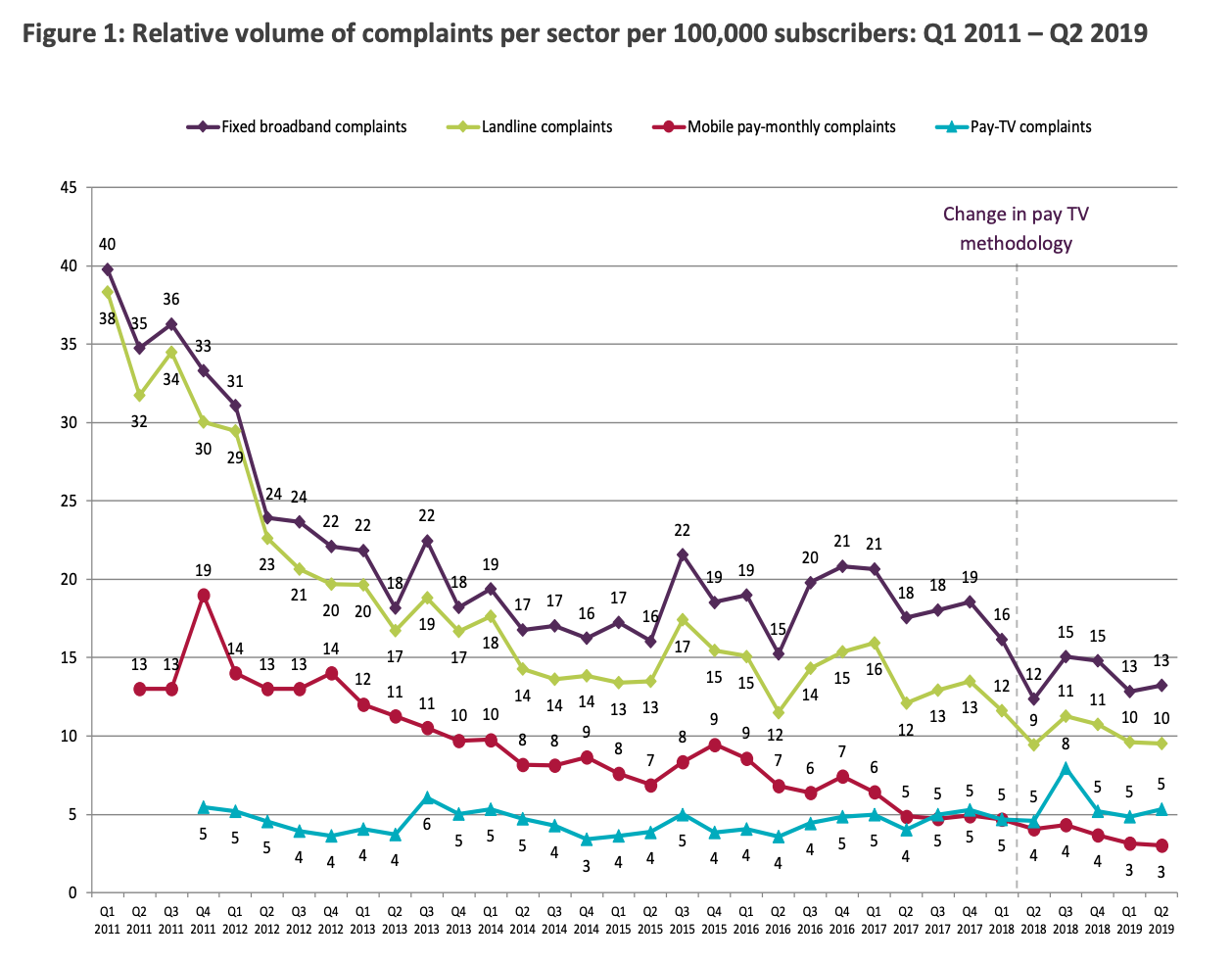 What should customers do now?

There is a healthy amount of competition within the telecoms market, meaning that customers have plenty of choices when it comes to who to give their money to.

Dani Warner has some advice for customers experiencing issues with their broadband or TV provider:

"If you are unhappy with the service you're paying for and you're out of contract, it’s easy to switch to a service that better suits your needs. Ofcom’s text-to-switch service makes changing mobile providers easier than ever.

"Importantly, don't be reluctant to complain to your provider. If you have a problem or aren’t happy with the service you are paying for, let them know. You may even be entitled to money back, if your provider is part of Ofcom’s automatic compensation scheme.

“If you remain dissatisfied, don’t forget you can take your complaint to the appropriate ombudsman services, who will review your case free of charge.”

Check out all the latest broadband deals to see if you could switch and save money today.